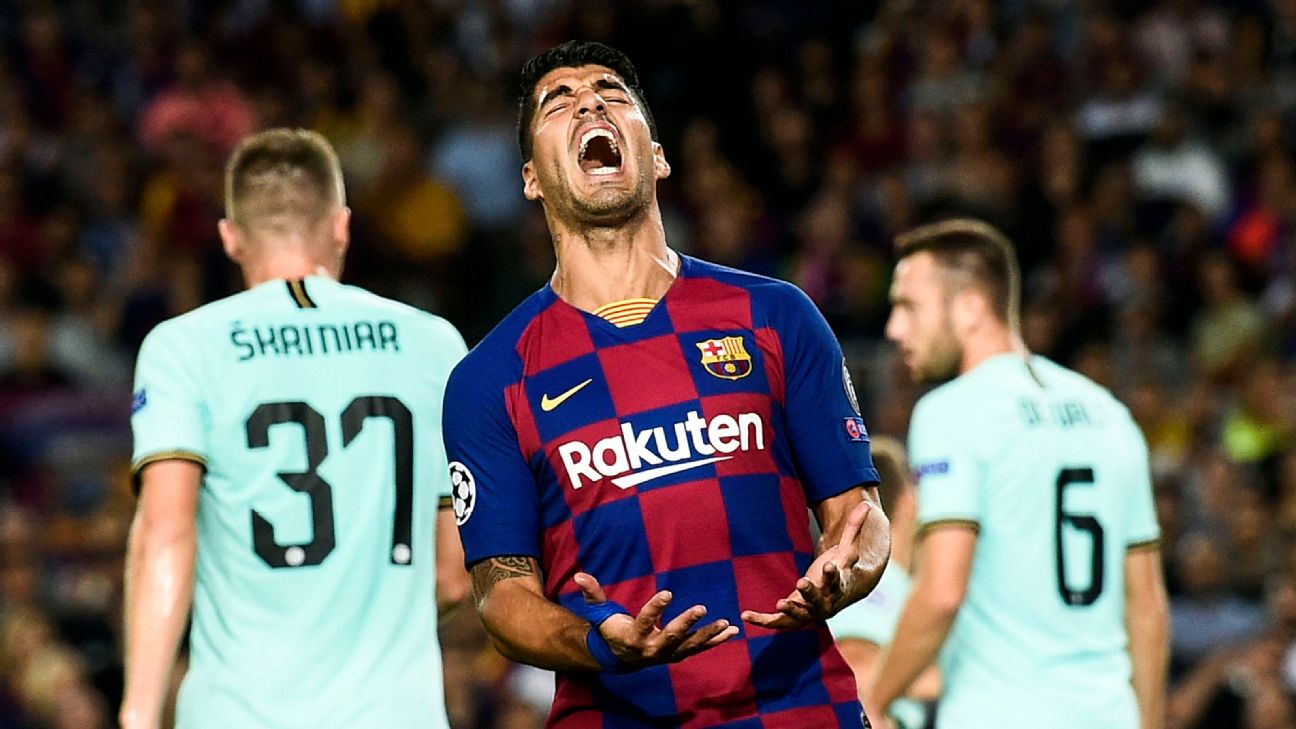 Suarez, 32, scored twice in the second half as Barca came from behind to beat the Serie A leaders 2-1 at Camp Nou en route to their first win in Europe this season following a goalless draw with Borussia Dortmund last time out.

The Uruguayan’s brace came just a week after he was jeered by his own supporters when he was substituted in the win over Villarreal. That match was his third without a goal but he responded with a strike in Saturday’s victory at Getafe and spared Barca’s blushes against Inter following Lautaro Martinez‘s early opener.

“Suarez shut a lot of mouths with that performance,” Barca goalkeeper Ter Stegen told reporters. “He is always focused, giving his best and fighting hard. We know who we have up there. He’s always there to score goals for us when it matters.”

Barca are now unbeaten in 33 Champions League games at home and have won their last three matches in all competitions following a shock defeat at Granada last month.

Tuesday’s win was also notable for the return of Lionel Messi. He set up Suarez’s second goal as he started for just the second time this season following calf and thigh problems.

Messi hopes that Barca have now turned a corner and can put their worst league start in 25 years behind them, although he conceded the team’s preseason tours of Japan and the United States have proved counter-productive.

“We’ve struggled to get going, but we’re getting there in the end,” the Argentina international told reporters. “We knew we were in a tough moment but, if we look at it, it’s been difficult for all the big teams in Europe because of preseason.

“I don’t mean that as a criticism. We’re a little out of shape, [on the tours] you don’t train as well with the travelling, that’s the reality. But it’s necessary for the club to organise those type of games. All the big teams do tours and little by little we’re re-adapting to the competition.

“We still have Sevilla to come before the international break, so we need to end the week well because [otherwise] a lot of noise is generated when there’s no [club] football.”

On his own fitness, having missed five of Barca’s nine games through injury this season, he added: “I am trying to get started. This was the first 90 minutes I have been able to complete and I’m happy with how I ended the game.

“That said, I was tired and lacking a little bit of rhythm. That will come with games. I’m used to playing and staying in shape with games twice a week. That’s when I’m at my best.”

Inter coach Antonio Conte, meanwhile, left Spain with mixed feelings. He was proud of his side’s first-half performance but was disappointed to come away with nothing having created enough chances to earn at least a point.

“The defeat leaves a bad taste given how we played and what we created. We deserved a lot more than Barca. It’s a shame.”

Conte also criticised the referee, Damir Skomina, saying he didn’t have a “good feeling” about him from the start and bemoaning the fact he didn’t give a penalty for a foul by Arthur on Lautaro before Suarez’s equaliser.