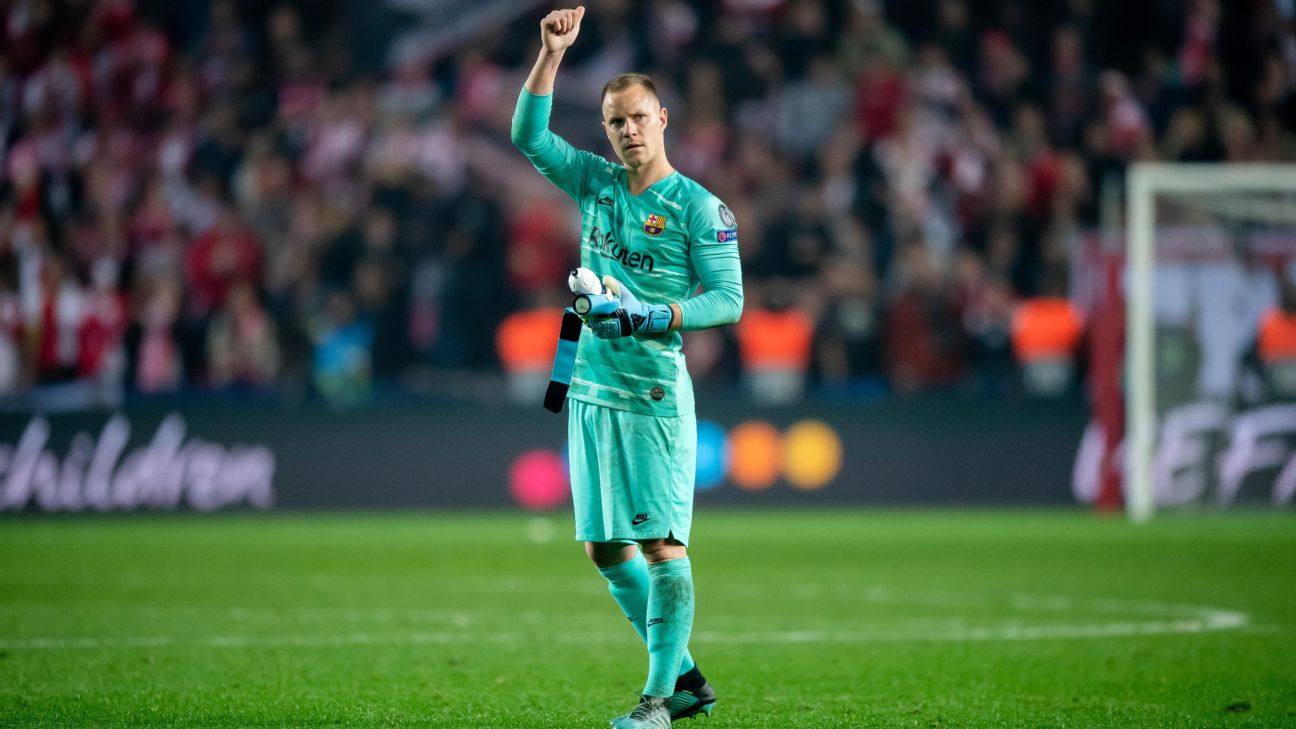 Barcelona goalkeeper Marc-Andre ter Stegen has said he wants a team meeting to discuss the bad performance in the Catalan side’s 2-1 victory over Slavia Prague in the Champions League.

Barca maintained their unbeaten start to their European campaign with seven points from three matches, but were made to work hard to earn all three points against the group’s bottom seed.

Lionel Messi opened the scoring but Barca were pegged back before re-taking the lead and Ter Stegen, who was forced into a good save in the first half, said the team needs to improve.

“It is normal [to be angry],” Ter Stegen said after the match. “We didn’t play at the level we wanted to.

“At least we’ve got the three points, which is the most important thing. We need to speak about things.

“We have to do that among ourselves, I’m not going to say (about what) here, it’s internal. There’s a lot to improve. I would like to speak first with the players that have been on the pitch.”

Barca boss Ernesto Valverde said his team needs to be more clinical if they want to win these matches by a more comfortable margin.

“We have to keep in mind that Slavia are a side that play with a really high rhythm,” he said. “We started well, dominating.

“But they created danger when we lost the ball and in thee second half they took a step forward. Everyone wants to win in a more relaxed way, but the Champions League is difficult.

“We had chances to score more goals, but they went all at it and squeezed us a lot.

“You have to know how to play these games. We lacked some composure in the opponent’s half. We had clearer chances than they did, but they could have hurt us. They were like wolves.”