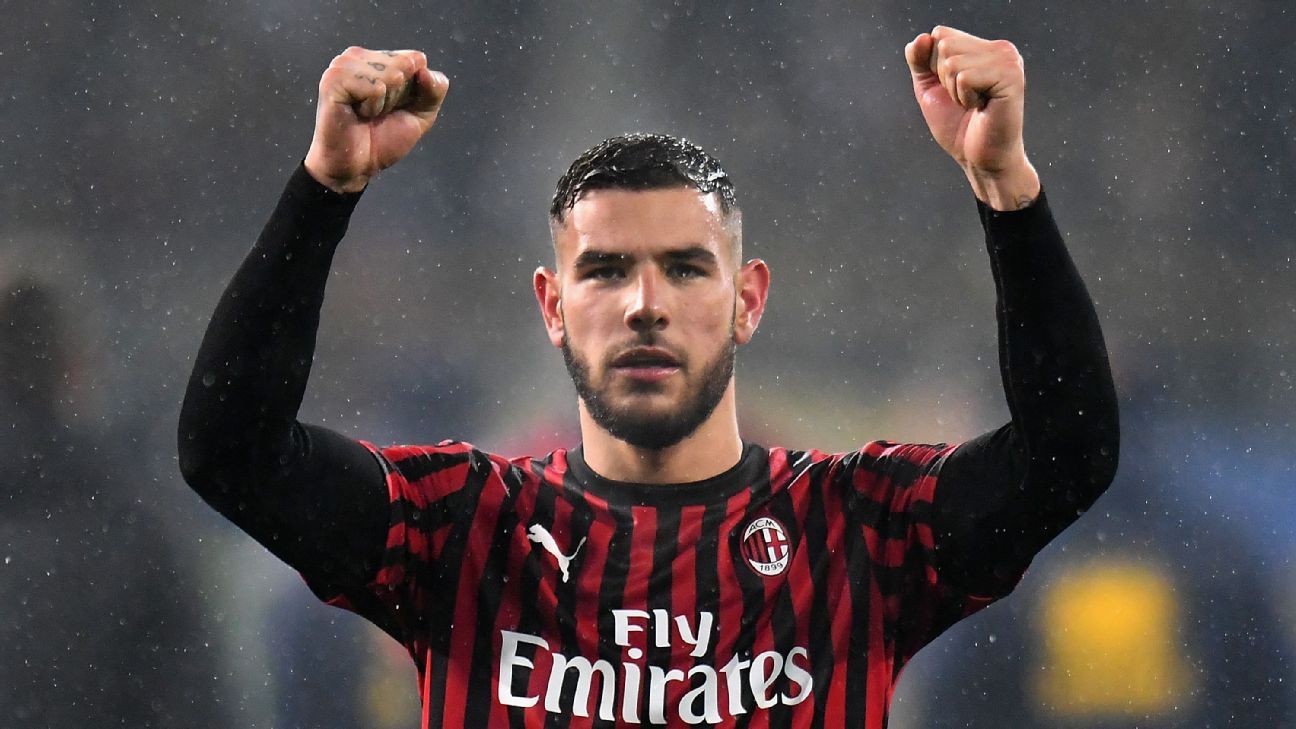 A late winner from Theo Hernandez earned AC Milan a much-needed 1-0 victory away to Parma in Serie A on Sunday.

The left back pounced on a defensive mistake to fire home the decisive goal with just two minutes remaining.

It was Hernandez’s third goal of the season, making him Milan’s joint-top scorer along with striker Krzysztof Piatek.

Milan had the better chances throughout the game, but Parma goalkeeper Luigi Sepe was alert to deny efforts from Franck Kessie and Hakan Calhanoglu, while Suso also went close with a shot that flew just wide.

The result marked Stefano Pioli’s second win in seven games since replacing sacked coach Marco Giampaolo earlier this season, moving the Rossoneri up to 11th place in the standings on 17 points, one point behind ninth-placed Parma.

Lazio opened up a five-point lead in third place with a resounding 3-0 win over Udinese at the Stadio Olimpico.

Serie A’s leading scorer Ciro Immobile took his tally up to 17 goals for the season with two strikes inside the opening 36 minutes, the second from the penalty spot, before Luis Alberto added a third with another spot kick on the brink of halftime.

The result leaves the capital club on 30 points, although Cagliari and Roma can move two points behind them by beating Sampdoria and Hellas Verona respectively.