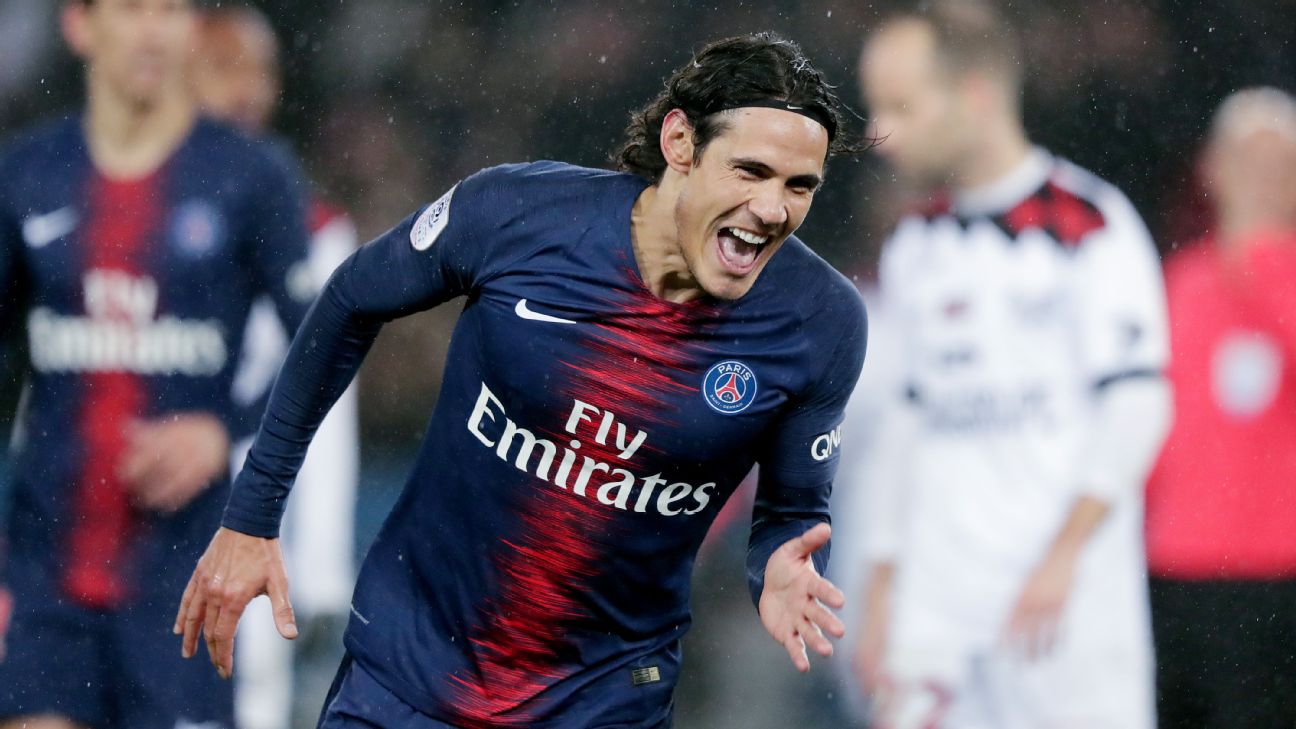 Contract talks to keep Edinson Cavani at Paris Saint-Germain have made little progress thus far, and Calciomercato claims the Uruguayan is holding out for a free transfer to Juventus next summer.

The 32-year-old joined the Ligue 1 champions from Napoli for just short of £60 million in the summer of 2013, and has gone on to usurp Sweden great Zlatan Ibrahimovic as the club’s all-time leading goal scorer.

However, it is rumoured that Neymar‘s arrival in France in 2017, along with Kylian Mbappe‘s growing influence at the club, has seen the former Palermo man became increasingly disillusioned with life at the Parc des Princes, as well as being tempted by a move to Maurizio Sarri’s Juve.

There is also believed to be interest from sides in the Premier League, with Manchester United keen to add some much-needed firepower to their forward line.

Bayern Munich and Monaco are interested in signing striker Luca Waldschmidt from Bundesliga side Freiburg, according to reports at Calciomercato.

The 23-year-old made his Germany debut in a friendly against Argentina last week, as well as his competitive bow in Die Mannschaft’s 3-0 victory in Estonia on Sunday night.

The former Hamburg man forced his way into the Germany setup following a strong start to a season that has seen him notch four goals in his opening seven league games, and that form has reportedly alerted Bundesliga heavyweights Bayern, who are on the lookout for a long-term successor to Poland forward Robert Lewandowski.

Monaco, meanwhile, have had a poor start to their Ligue 1 campaign, and are in need of a scoring touch to boost them up the table, and could be tempted by a January swoop for the Eintracht Frankfurt academy graduate.

Chelsea are hoping to beat Southampton to the signing of highly-rated teenager Charlie Allen from Northern Irish champions Linfield, according to reports in the Express.

The 15-year-old has already had trials at Manchester City and Tottenham after breaking into the Linfield team, and Blues manager Frank Lampard is reportedly keen to be the next Premier League manager to cast his eye over the youngster. Premier League rivals Southampton and Norwich — as well as Scottish giants Rangers — are also keeping tabs on the player.

But Lampard is hoping his record of developing and fast-tracking young players into senior football could be a game-changer in negotiations for the Northern Ireland Under-17 international, who was included in his club’s Champions League squad for their two-legged tie against Rosenborg in the summer.

– The Sun says Tottenham Hotspur chairman Daniel Levy shocked fans at a Supporters’ Trust meeting by admitting that boss Mauricio Pochettino has been left with players he doesn’t want at the club, after failing to find buyers for a number of wantaway stars. The likes of Christian Eriksen, Toby Alderweireld and Danny Rose could all leave north London for nothing when their contracts expire in the summer of 2020.

– Calciomercato claims Manchester City manager Pep Guardiola is eyeing up a swoop for Real Sociedad midfielder Mikel Oyarzabal, as the Premier League champions search for a long-term replacement for the outgoing David Silva. The 22-year-old has been involved in six goals in just eight games so far this season.

– An agreement is yet to be struck that will see Napoli winger Jose Callejon remain at the Serie A runners-up, and Calciomercato claims Rafa Benitez wants to bring his fellow Spaniard to Chinese Super League side Dalian Yifang. The 32-year-old joined Carlo Ancelotti’s side in 2013 and has made more than 300 appearances for the club.