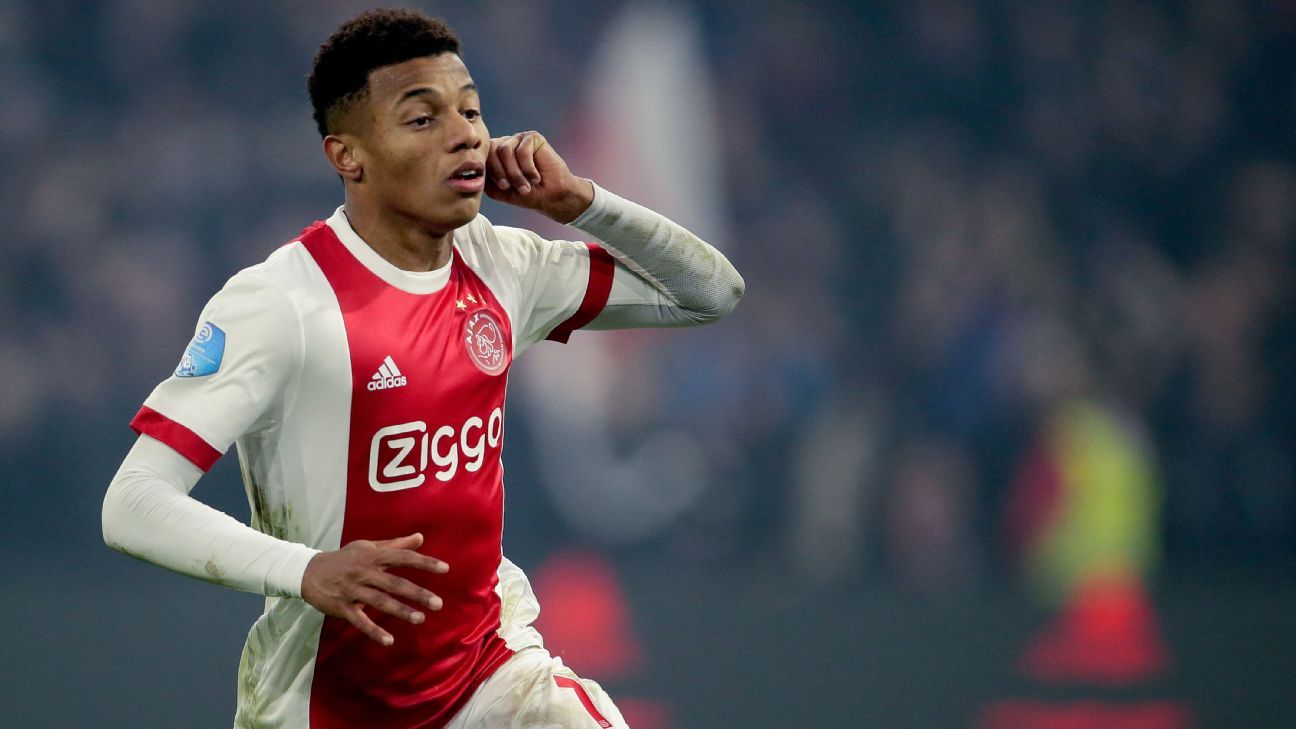 They may be waltzing away with the Premier League at the moment, but Liverpool still have their eye out for potential recruits.

And Calciomercato reports that their list features Ajax forward David Neres very close to the top. The 22-year-old Brazilian forward was sensational for the Dutch side in last season’s Champions League, tearing defences to shreds as his team reached the last four of the competition – losing out to Spurs in the dying seconds of the Madrid final.

Neres’ contract with Ajax currently runs until 2023, but we all know that means next to nothing once the big guns of Europe come calling. And the way Liverpool are playing at the moment means he might find overtures from Anfield even harder to turn down.

The versatile South American showed last season that he’s capable of playing on either wing, with his lightning fast feet making him one of the most desirable footballers in European football. He has started this Eredivisie season strongly too, scoring twice for his side and laying on an assist in Ajax’s Champions League 3-0 hammering of Lille in the opening round of Champions League group matches.

Martin Odegaard is currently on loan at Real Sociedad — his third club since signing for Madrid in 2015 — but how long he stays there has become the source of intense debate in Spain, according to AS.

The Norway international is due to stay at the Basque club for two seasons, having chosen Sociedad over Bayer Leverkusen in the summer. But having shone for them in La Liga, rumours are flying that Los Blancos and their under-fire manager Zinedine Zidane could recall him to the Bernabeu far sooner.

And it’s no surprise given the way he’s tearing up in the Spanish top flight, after doing the same for Vitesse in the Eredivisie last season. Real Madrid are currently short of options in midfield, and the report speculates that that shortage, coupled with his majestic form, could see him return to the Spanish capital sooner rather than later.

Neymar set to make peace with Barca. As long as they buy him back

Barca boss Ernesto Valverde declared himself a nine and a half out of 10 when asked how bored he was with the constant rumours linking Neymar with a return to the club. Most journalists and supporters of PSG and Barca, not to mention every other club in Europe, would probably agree with that take.

But despite the fatigue, according to Spanish station Cadena SER (via AS), the saga shows no signs of abating as meetings are still going on between the Brazilian’s representatives and the president of Barca. Those meetings, however, are not to secure a transfer but to stop the ongoing wrangle over how much each side owes the other from a disputed renewal bonus back in 2016.

Neymar is prepared to overlook that claim, and stop the case from going to court on one condition: Barcelona need to put in writing their commitment to re-sign him. No really. You couldn’t make it up. Poor Ernesto.

– Brescia midfielder Sandro Tonali could be on his way to Borussia Dortmund, with the €50 million rated teenager a potential target for the German giants. Calciomercato reports that the 19-year-old is already being tailed by Milan and Juventus and now Dortmund have joined the queue for his services. Scouts have been falling over themselves to attend Brescia’s matches since the start of the season and Tonali has let no one down.

– Juventus striker Gonzalo Higuain says he won’t rule out a return to his beloved River Plate back in Argentina, but he’s focused on seeing out his contract at the Serie A champions. Talking to FOX Sports Argentina, the ex-Real Madrid man revealed he isn’t thinking of his next step — including possibly retiring — but that he is focused on the Italian club.