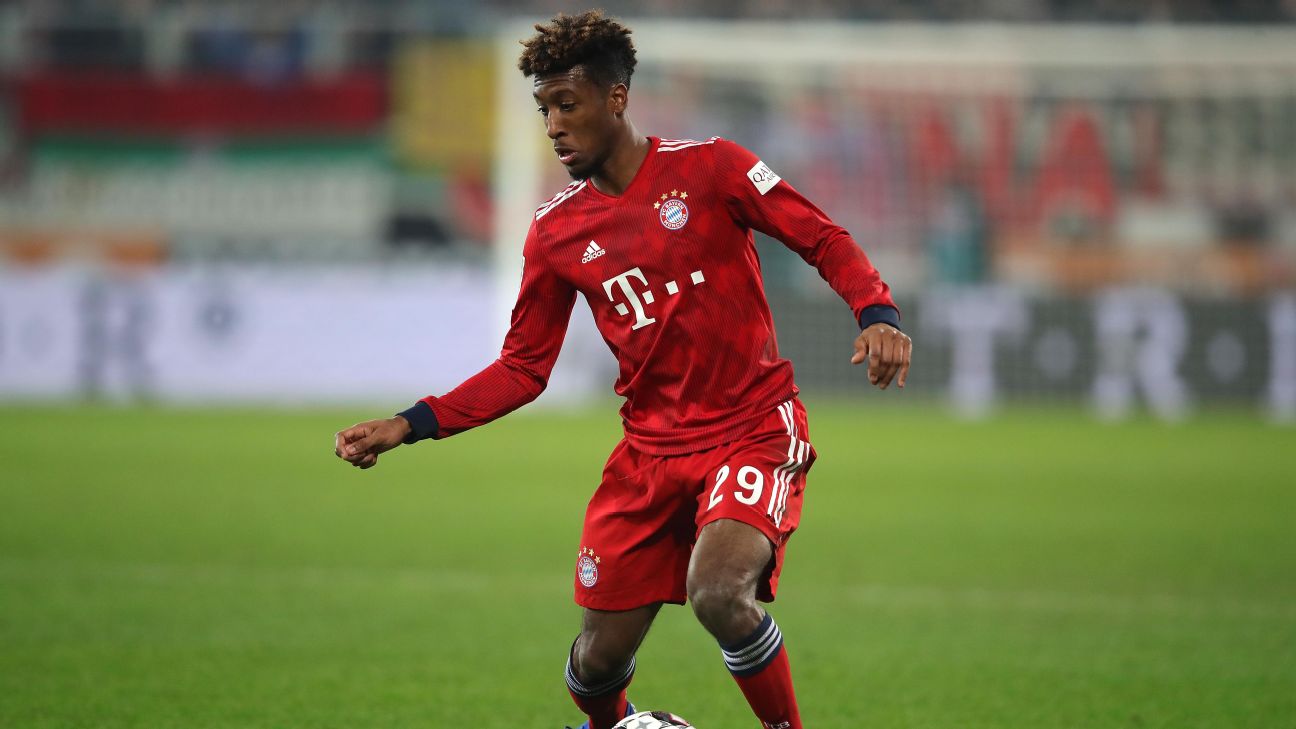 It is said to depend on whether or not the proposed deal that will see Leroy Sane go to Bayern goes through. The German star was heavily linked with a move to the Bundesliga champions during the summer transfer window, but it never quite came to fruition.

Coman, on the other hand, has been managed by Pep Guardiola in the past during the Spaniard’s spell with Bayern and is viewed as the ideal replacement if Sane departs the Etihad.

The 24-year-old only renewed his contract with the Serie A contenders last season, although there was no buy-out clause attached to the deal. His stock has continued to rise in the early stages of the new campaign, and now, Inter are willing to listen to offers during the upcoming January transfer window.

It’ll take a substantial fee for Inter to take any move seriously, but Barca and Real aren’t exactly known for being short on transfer funds.

Nikola Kalinic is set to return to Atletico Madrid after a poor loan spell with Roma, Corriere dello Sport reports.

The Italian side are already looking ahead to bringing in another forward during the January transfer window, with Kalinic not meeting the expectations that had been set out for him when the deal first began.

Without a goal to his name in Rome there are some that wonder whether or not Atletico will give the 31-year-old another shot, or whether they’ll attempt to cast him back out to another top European club.

– Paris Saint-Germain are believed to be interested in signing Liverpool’s Adam Lallana, Mirror reports. The Englishman has been unable to find a consistent place in the Reds’ starting XI over the course of the last twelve months, and will be without a contract once the summer transfer window rolls around — giving him the freedom to discuss a potential deal with PSG.

– Arsenal have made contact with Reinier‘s father regarding a potential move for the Brazilian youngster, Mundo Deportivo reports. The teenage sensation made his professional debut for Flamengo over the summer and has already been attracting the attention of many top clubs across Europe, including the Gunners.

– The Sun is reporting that Manchester United and Arsenal are both interested in signing Hartlepool goalkeeper Brad Young. The teenager, who stands at 6 feet 4 inches tall at the age of just 17, has been attracting the attention of many top sides across English football following a strong start to the new campaign.