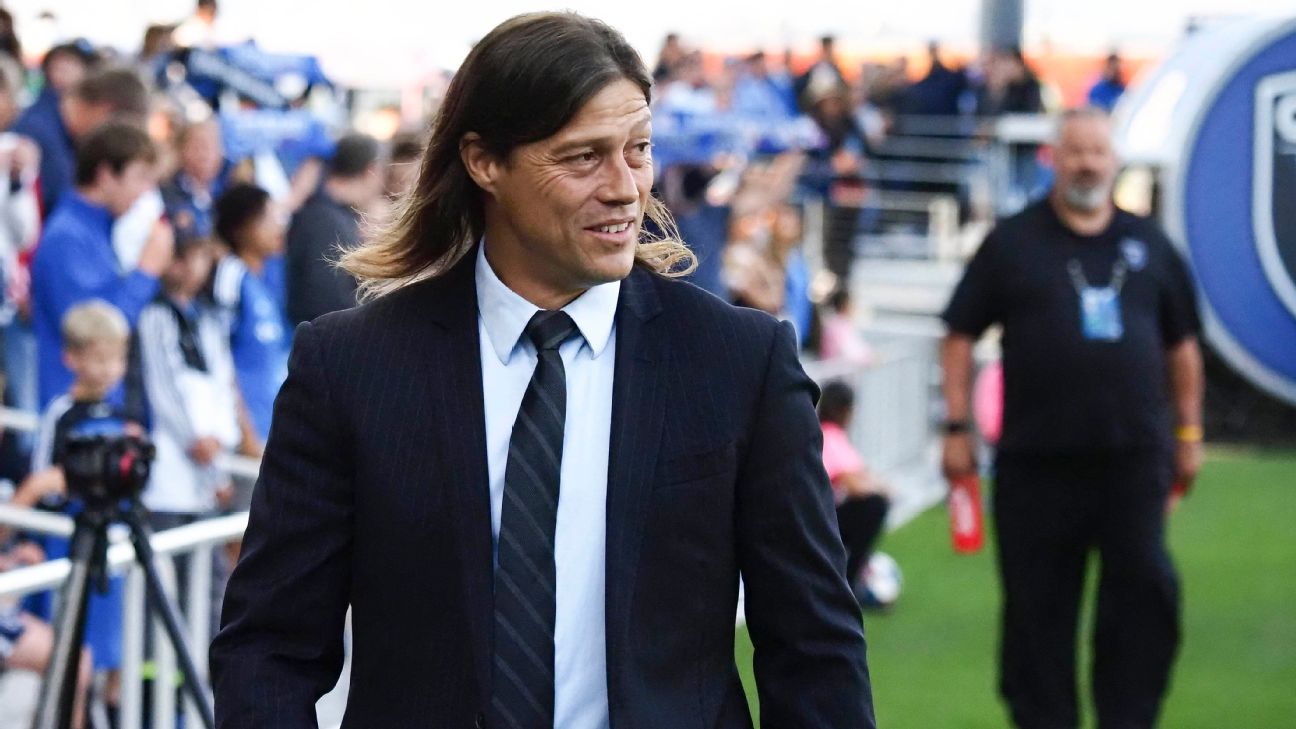 San Jose Earthquakes coach and former Argentina international Matias Almeyda warned that players from the United States need to play like every match matters and put more passion into their game.

The United States competes for the 16th time this year, against Canada, in CONCACAF Nations League play on Tuesday. Canada hasn’t beaten the U.S. since a 2-0 friendly win back in 1985, a stretch of 17 games. Last week, the United States beat Cuba, 7-0, in their most recent tournament match.

Almeyda, who moved from Liga MX club Chivas to coach the Earthquakes this season, said that the U.S. players lack “passion and love” for football.

“Right now winning, losing, drawing, it is all the same for them,” said Almeyda, whose Earthquakes just missed out on MLS playoffs this season. “So when that switch gets flipped, they are going to change because the league [MLS] is growing. The United States then is going to have a great national team, because they have the talent in each of their lines, many of them enough to play in Europe, yes.”

The 45-year-old, who coached at River Plate and Banfield and led Chivas to a Copa MX title in 2017, said that overall he sees a bright future for the U.S. team.

“The United States has a great team with a lot of young players with fabulous talent,” Almeyda said in an interview with ESPN FC. “But I think in this league and especially with the players who were born here, there is spark that we have to plant within them and that is the passion and the love for football.”

Almeyda used Earthquakes striker Chris Wondolowski as an example. The former Lazio standout saw Wondolowski break the MLS’ career goal-scoring record this season and has been impressed with the 36-year-old, but thinks the veteran U.S. players such as Shea Salinas and Wondolowski could have had better careers if they had been developed outside of the United States.

”I believe they are players that if they had been developed like in other parts of the world they would’ve become really great players,” said Almeyda. “With different training between the age of 20 and 23, Wondolowski, who is still scoring at his age, would surely have been better than he is now. He’s done very well, but I believe he could have done a lot better if he had trained somewhere else. I think (the U.S. players) are really open minded, very intelligent and work hard, which is important as well.”

One player that has impressed under Almeyda this year and stepped up to the U.S. national team is 22-year-old central midfielder Jackson Yueill, who Almeyda believes can go on to play in Europe, if he puts his mind to it.

“He can have a great future depending, as always, on how he wants to carry out his footballing career,” he said. “I see a future in Europe and when I came here he was a player in whom few believed — not the directors, the directors did believe in him — but he’d been at Reno [in USL] and hadn’t been able to play as he is now. I like him because he’s a player with personality, who speaks on the field despite his youth and is very complete. He can grow a lot.”