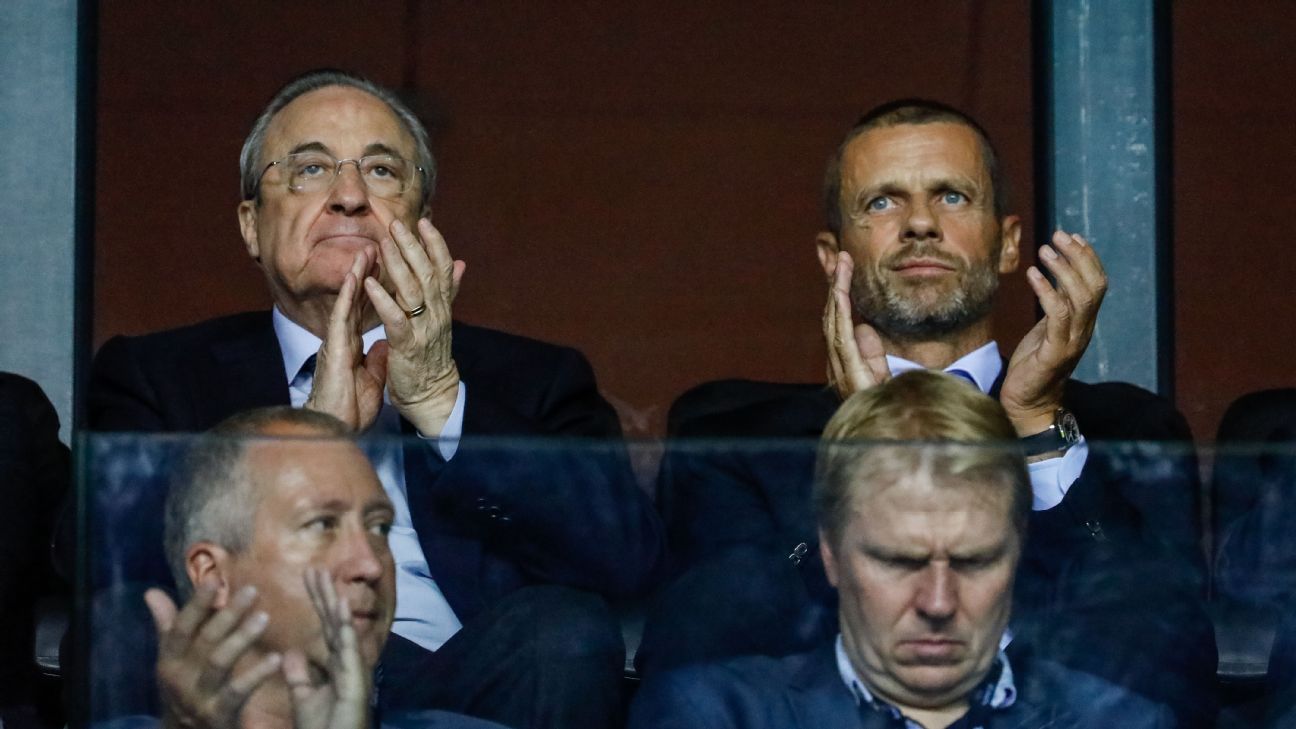 Perez has approached financiers about backing the creation of two world leagues, each with 20 teams, according to a Financial Times report. It would rival FIFA’s planned expansion of the Club World Cup from an annual seven-team competition to a 24-team event held every four years from 2021.

While FIFA declined to say if its leadership had discussed the plan with Perez, UEFA expressed public displeasure.

“I have read about this insane plan,” Ceferin said in a statement. “If reports are to be believed, it comes from a single club president [not the owner] and a lone football administrator. It would be hard to think of a more selfish and egotistical scheme. It would clearly ruin football around the world; for the players, for the fans and for everyone connected with the game — all for the benefit of a tiny number of people.”

The report about Perez’s plan follows him going to Zurich to see FIFA president Gianni Infantino last month in his capacity as the head of the newly-created World Football Club Association.

The FT report said the world leagues could feature the eight members of the world club body, including AC Milan, who have not played in the Champions League since the 2013-14 season.

“Luckily, there is still too much common sense in the game for this kind of crazy notion to succeed,” Ceferin added. “In fact, it is so far-fetched, I cannot actually believe anyone has dreamed it up.”

Real Madrid did not respond to an email seeking comment.

Pérez said last month that the World Football Club Association would “offer a credible and serious counterpart to FIFA to discuss all club related matters.”