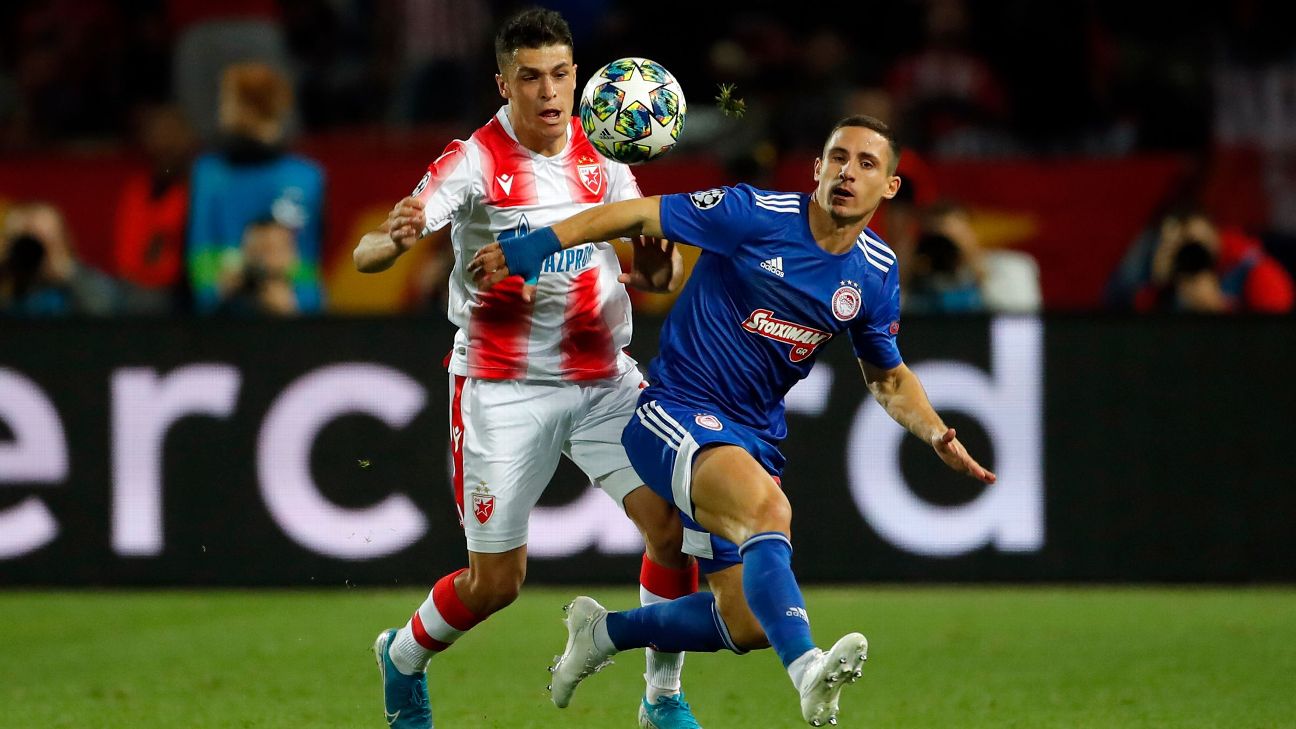 UEFA have opened disciplinary proceedings against six clubs including Manchester City and Real Madrid after incidents at Champions League games this week.

Olympiakos were charged after their fans unfurled a banner that UEFA deemed to be racist in their 3-1 loss at Red Star Belgrade. They were also charged with delaying kickoff.

Red Star were charged with improper conduct after five players, including two substitutes, picked up bookings.

UEFA said its Control, Ethics and Disciplinary Body would meet on Friday to hear the charges against Red Star and Olympiakos, and on Oct. 17 to look into the other two matches

Manchester City and Dinamo Zagreb have both been charged after their fans threw objects while the Croatian side were also pulled up for damaging seats at the Etihad Stadium during City’s 2-0 win on Tuesday, European football’s governing body said on Thursday.

Real Madrid were charged for a late kickoff in Tuesday’s 2-2 draw with Club Brugge while the Belgian side were cited after midfielder Ruud Vormer, who was sent off after picking up a second booking, used abusive language towards a match official.