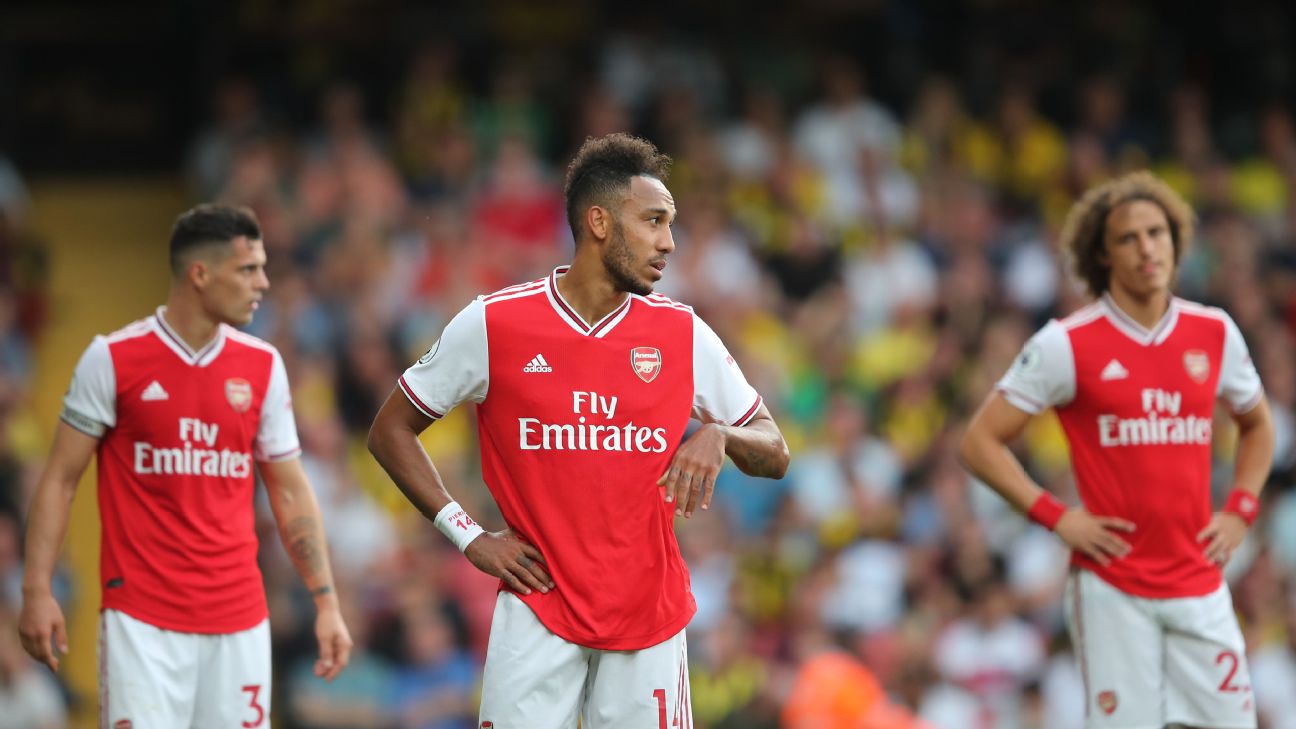 Arsenal skipper Granit Xhaka accused his teammates of being scared after the Gunners threw away a two-goal lead to draw 2-2 at Watford in the Premier League on Sunday.

Victory would have put Arsenal in third place and they looked comfortable when Pierre-Emerick Aubameyang scored twice in the first half at Vicarage Road.

But Arsenal lost control of the game in the second half as they gifted a goal to Tom Cleverley by trying to play out from the back before a rash challenge by Brazilian David Luiz allowed Roberto Pereyra to score from the spot.

Following the match, Switzerland international Xhaka did not hold back in his analysis.

“What went wrong? That’s a good question,” Xhaka said. “At half-time we went to the dressing room and everything was good. Everyone was happy but we came out and played such a bad second half. You have to say we are happy to take a point.

“We knew they had nothing to lose and they would come for us but we didn’t show our game, we were too scared, nobody wanted the ball. You have to stay calm, be mentally strong and we weren’t today.”

Watford might have won as they spurned two golden late chances to seal a remarkable comeback victory and Unai Emery admitted their opponent’s physical play caused them problems.

“They are more stronger than us so we want to break the lines from the goal kick and connect to Mesut Ozil, like we did with the first goal,” he said.

“We have young players, we are working to improve and they will gain experience from matches like today. We can grow up and learn with these mistakes.”

Arsenal have conceded nine goals in their last four Premier League games after opening the season with a 1-0 win at Newcastle United. They have also allowed 96 shots at their goal this season, more than any other team in Europe’s top leagues.

Watford alone had 31 goal attempts, the most Arsenal have faced since Premier League stats partner Opta began collecting data in 2003-04.