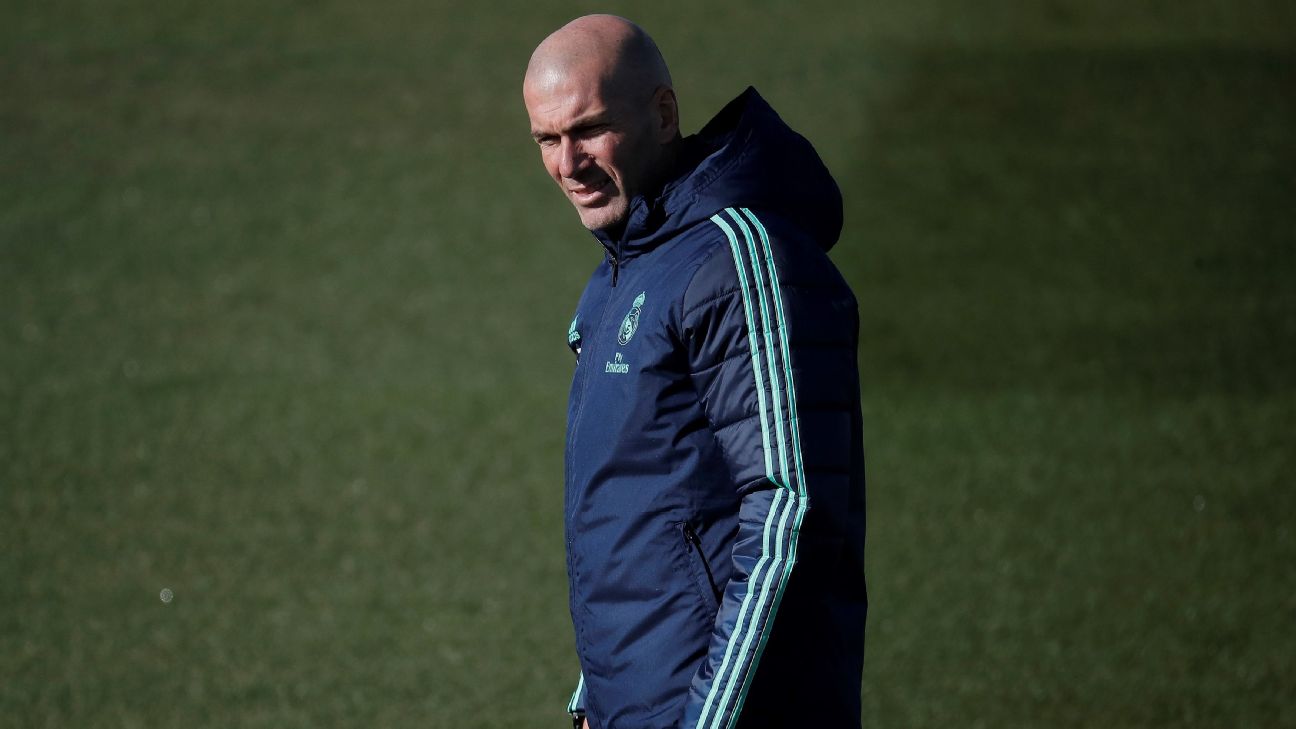 Real Madrid manager Zinedine Zidane has said he is “in love” with Kylian Mbappe as his team prepare to host Paris Saint-Germain in the Champions League on Tuesday.

Madrid were beaten 3-0 by PSG in September in a disastrous opening Group A game that Mbappe missed through injury.

“He came here for a trial a long time ago. Tomorrow he comes here as an opponent.”

He added: “What’s important to me is what we are going to do. We know the player he is and his importance to his team. We have to be ready.”

Madrid have got their Champions League campaign back on track since that Paris defeat with back-to-back wins against Galatasaray, including a 6-0 thrashing at the Bernabeu.

“It is the most important game of the season because it’s the next game and against a very good opponent” Zidane said. “We need heart, head and above all football.

“If we’re good with the ball, that’s the important thing.”

Tuesday’s game will see more scrutiny for Gareth Bale, who was loudly whistled by the Bernabeu crowd on Saturday in his first appearance since the infamous “Wales. Golf. Madrid. In that order” flag celebration.

“We want him to help us win” goalkeeper Thibaut Courtois said on Monday. “It was the euphoria of the moment and it’s been made bigger than it is.

“I know Gareth, he’s a great professional. You saw how he played the other day. He wouldn’t have played like that if he wasn’t committed.”

PSG are top of Group A on 12 points guaranteed qualification to the Champions League knockout phase. Madrid are second on seven points — five ahead of Club Brugge — with two matches left to play.

Zidane’s side visit the Belgians, who led 2-0 at the Bernabeu in October in a game that ended 2-2, in their final group game.