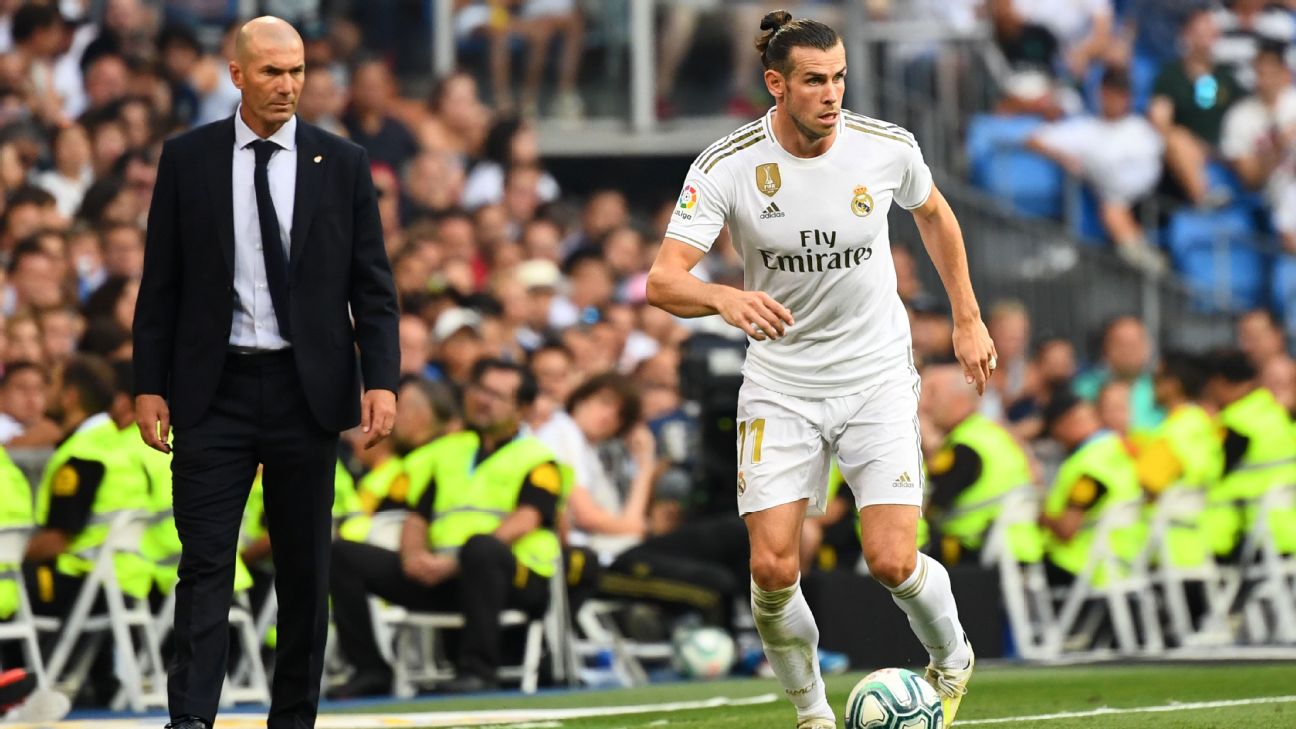 Real Madrid coach Zinedine Zidane has denied reports he wants Gareth Bale to leave the club in January, and said he is counting on his involvement “until the end of the season.”

Bale has been linked with Manchester City in a cash-plus-player exchange that would see Raheem Sterling move to Madrid.

The Wales international’s future has also been the subject of speculation since Zidane called on him to leave in the summer, although he has since backtracked on those comments.

“Some people have said I want Bale to leave,” Zidane told a news conference ahead of Madrid’s Champions League game with Galatasaray at the Bernabeu on Wednesday.

“But no-one can put false words into my mouth. I want him here all season. He wants to do well with Real Madrid.”

Reacting to the reports of a swap deal with Sterling, Zidane replied: “I don’t get involved in what the press say. My relationship with Bale is good. Nothing has happened with Bale and I, even when he was going to leave.”

Bale was called up to the Wales national team on Tuesday morning which sparked controversy in Madrid, because he has not featured for the club since picking up an injury during the last international break.

“At the moment he’s not ready to play,” Zidane added. “If his country calls him up, they have a right to pick him. We’ll see this week if he’s ready for the national team, but the shame is he’s not ready for us yet.”

One player who will be available against Galatasaray is Marcelo, who in recent days has said that he suffered from anxiety before the 2018 Champions League final.

“There will always be pressure,” Marcelo said. “It’s the price you pay for playing for the biggest club in the world. It’s a big responsibility. In any job you can have anxiety. I wanted to say that we’re all the same, we have problems at work, problems at home.”