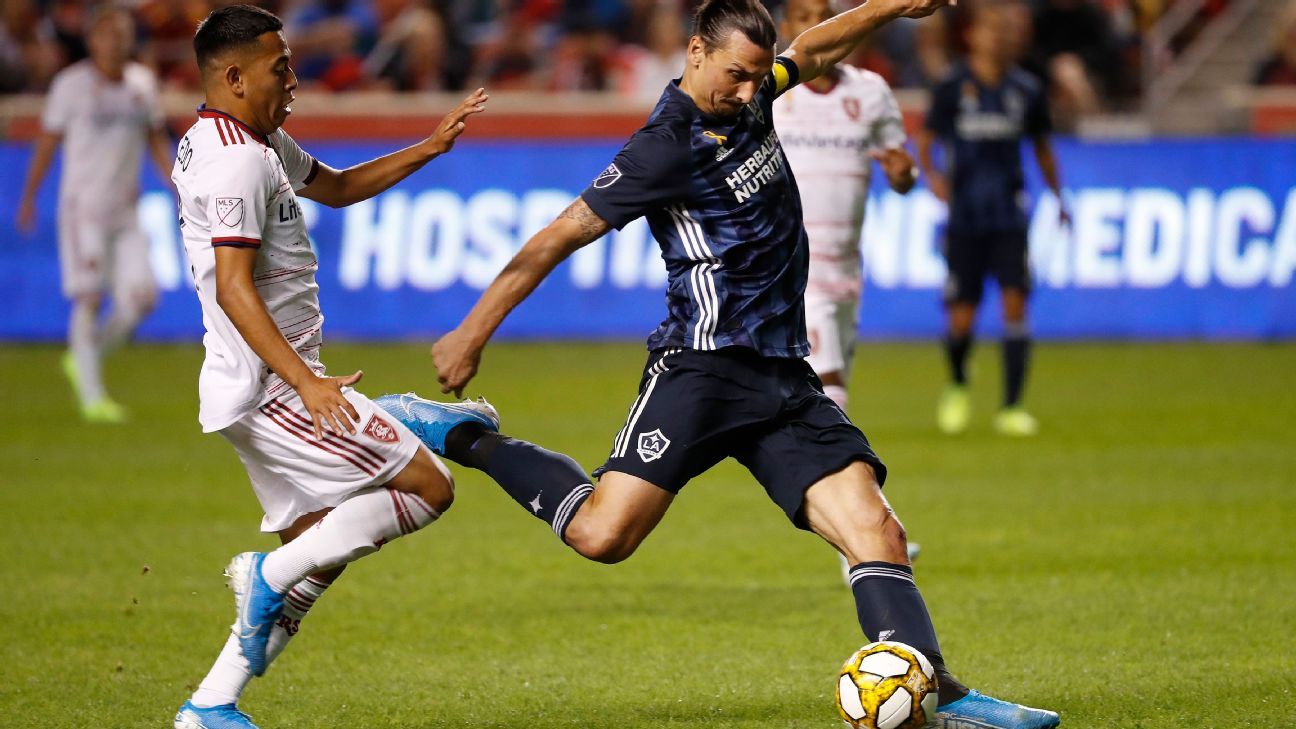 Zlatan Ibrahimovic scored his 28th goal of the season and also set up Cristian Pavon for another, helping the LA Galaxy clinch a postseason berth with a 2-1 victory over host Real Salt Lake at Rio Tinto Stadium on Wednesday night.

Pavon also set up Ibrahimovic’s goal, which for the moment keeps Ibrahimovic two behind LAFC’s Carlos Vela for the MLS lead with two matches to play, with LAFC also playing Wednesday night against the Houston Dynamo.

The Galaxy (16-13-3, 51 points) moved up to third in the Western Conference with the victory, which sealed their first playoff berth since 2016. They have now won three straight for the first time since winning five in a row over parts of March and April.

Salt Lake will remain in the playoff chase despite the defeat, but could slide as low as seventh in the West depending on other results later on Wednesday.

Pavon gave the Galaxy the lead five minutes after halftime with his second goal since the Argentine international arrived during the summer transfer window.

Ibrahimovic headed a long, bouncing ball into the path of Pavon sprinting down the left flank. Pavon cut in toward the goal, defended by Onuoha, then sliced a perfect low finish that rolled between Onuoha and goalkeeper Nick Rimando before nestling inside the far post.

Ibrahimovic doubled the Galaxy’s lead a half-hour later. As Justen Glad tried to guide an errant pass over the line for a goal kick, Pavon hounded and stripped the RSL defender deep in the left corner and cut inside the 18. Ibrahimovic got in position in front of the goal, and Pavon’s low cross found him for a first-time finish inside the right post.

Onuoha pulled a goal back in the 89th minute after the Galaxy were sluggish clearing out of their defensive end. Sebastian Saucedo reached a loose ball beyond the penalty area and sent in a speculative shot from distance. Onuoha redirected it past David Bingham with his head, and although the Galaxy pleaded for offside, replays showed it wasn’t the case.