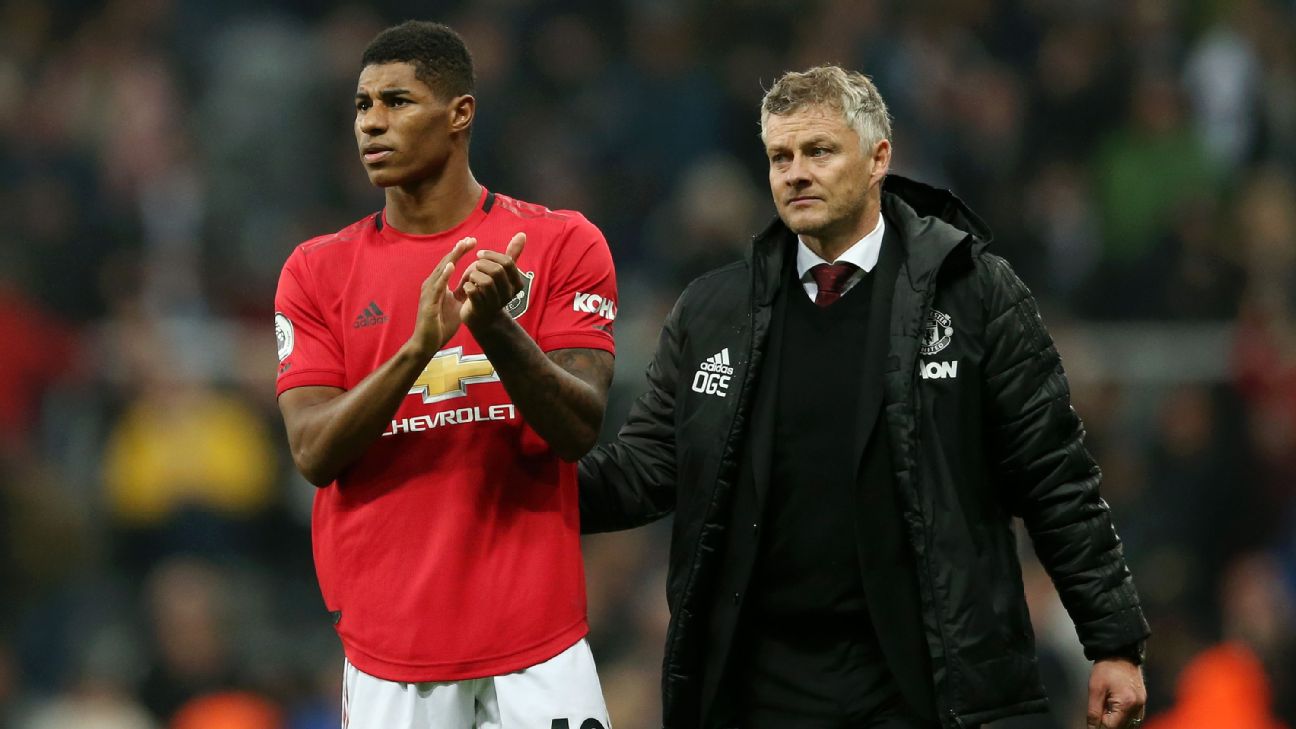 NEWCASTLE, England — It is a thought most Manchester United fans would never imagine, especially during the trophy-laden glory years of Sir Alex Ferguson, but after losing 1-0 to Matthew Longstaff’s goal at Newcastle United on Sunday, the nightmare scenario of a relegation battle cannot be ruled out.

While Liverpool have surged clear eight points clear of champions Manchester City at the top of the Premier League table with eight wins from eight games, United are languishing in 12th position, just two points above the bottom three after their third league defeat. They have won only twice and scored just nine times; four of those goals came in one game on the opening weekend against Chelsea.

If this was any other club, alarm bells would be ringing ahead of a long struggle for survival and, with barely a quarter of the campaign gone, it would be foolish to suggest that United will find themselves locked in a battle against the drop between now and next May.

When you consider both the short- and long-term form slide suffered by Ole Gunnar Solskjaer’s team, though, there are few positives. Since a remarkable 3-1 Champions League victory against Paris Saint Germain in March, United have not won a single away game in any competition.

And since that famous victory at Parc des Princes, United have the third-worst record among teams that played in the Premier League this season and last. They have taken just 17 points from 17 games since and now, in the first week of October, succumbed to a Newcastle team that began the game in 19th, with just five points and who were beaten 5-0 at Leicester last Sunday.

To place Solskjaer’s woeful run into context, his predecessor Jose Mourinho was sacked last December after collecting 26 points from 17 games.

The word from within Old Trafford is that the Glazer family are determined to stand by their manager as he attempts to rebuild the club’s squad. United’s owners, who bore the brunt of hostile chants from supporters at St James’ Park, persisted with David Moyes, Louis van Gaal and Mourinho long after it became clear those managers had lost the plot, so Solskjkaer may yet be safe for a while yet.

But one point per game from the equivalent of half a season is relegation form, plain and simple. Clearly, United are one of the richest clubs in the world and so possess the financial muscle to make changes in January when the transfer window reopens.

Where will this team be by that stage? Liverpool visit Old Trafford next, with a difficult trip to Norwich immediately afterwards for Solskjaer and Co. If United lose at Carrow Road, it will be impossible to find reason to argue against a battle for survival.

It could be argued that one big reason for the current woes now is Solskjaer’s failure to sign a replacement for Romelu Lukaku or Alexis Sanchez, both of whom were shipped off to Inter during the summer transfer window. Moreover, at Newcastle, the starting eleven was shorn of first-team regulars such as Victor Lindelof, Aaron Wan-Bissaka, Luke Shaw, Jesse Lingard, Anthony Martial and Paul Pogba due to injury.

When those players are fit and available, United will be much stronger, but if their squad is so shallow that it cannot cope with the loss of five players — none of whom could be classed as world-class game-changers — then it does not bode well for a long season that also involves the distraction of Thursday football in the Europa League.

Of those who have been available, Marcus Rashford has become a non-scoring striker, Juan Mata is no longer capable of making an impact at this level and Brazil international Fred is repeatedly anonymous in midfield.

As manager, Solskjaer must find a way to make his squad perform better and come up with a tactical plan that creates and convert chances in front of goal. If he survives in the job, he also needs to inject some fight into a team that is too timid and lacking the ability to respond to setbacks.

Despite this latest setback, Solskjaer insisted that his players possess the right spirit.

“We have started a rebuild, so this is not a similar situation to Everton (last season, lost 4-0), where I felt some had given up,” he said. “These boys haven’t given up. They have given everything for the shirt.

“But it’s where we are at the moment. We don’t create enough chances to deserve to win a game of football. I couldn’t see that (performance) coming before the game. Ball seemed like a hot potato; it was bouncing off our feet.”

With two whole weeks until his side’s next game, United’s manager pledged to examine what has gone wrong, before Liverpool come to town.

“Luckily for us it’s now the international break,” Solskjaer said. “We get time to evaluate what’s gone on over these eight games. But it’s my responsibility. I need to sort their heads out. Young boys lacking confidence; they need some help from experienced players and staff.”

Solskjaer also looks like he needs help, but will he get it and will it come in time? The reality of Manchester United is that there are more questions than answers.