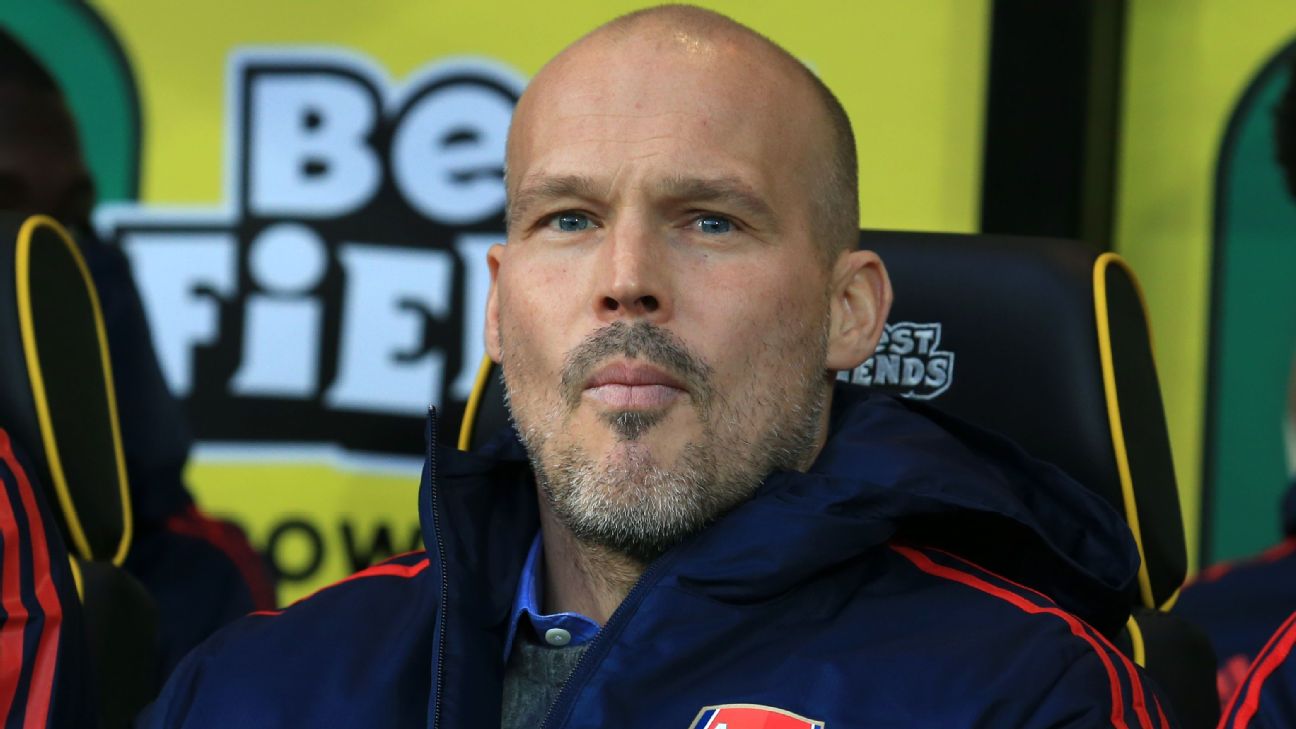 Arsenal caretaker boss Freddie Ljungberg said he would seek advice from former manager Arsene Wenger as he prepares for his first home game in charge against Brighton & Hove Albion in the Premier League on Thursday.

The Swede, a member of Wenger’s “Invincibles” team that went a complete season unbeaten en route to the 2003-04 league title, said he was keen to speak to the Frenchman as he bids to turn around the club’s fortunes.

“I would really like to speak to him,” Ljungberg told a news conference on Tuesday.

“I’m in contact with him but I haven’t spoken to him because it’s been a bit hectic, but it’s on my list to do so.”

Wenger left Arsenal in May last year after a reign of 22 years during which he redefined the Premier League club and became their most successful manager, winning three Premier League titles as well as seven FA Cups.

The 70-year-old later told Sky Sports that he would be happy to help Ljungberg. “If he has that need then of course I’ll be available,” Wenger said.

“My heart is with the club and I want them to do well. Freddie is fantastically committed… he has an opportunity. Let’s get him to work with his ideas and support him.”

Ljungberg said he is determined to improve the atmosphere at the Emirates Stadium.

Arsenal were beaten 2-1 at home in the Europa League by Eintracht Frankfurt at a half-empty stadium in Emery’s final match in charge.

“When it comes to the Emirates, the fans want us to win and they want us to play good football,” Ljungberg said.

“The only way to try and get a good atmosphere is to try and achieve that. If that’s me or someone else as a coach, I don’t think that matters.

“The fans were amazing against Norwich, we were on top and I felt they got more and more energy from that… I need to develop the game plan, how we want to play football.”

Ljungberg said he could stay at the club even if he is not named permanent manager.

“I work for the club and what the club wants me to do, that’s where I’m going to be,” he added. “Of course I’m proud to have this opportunity but the future will tell what happens.”