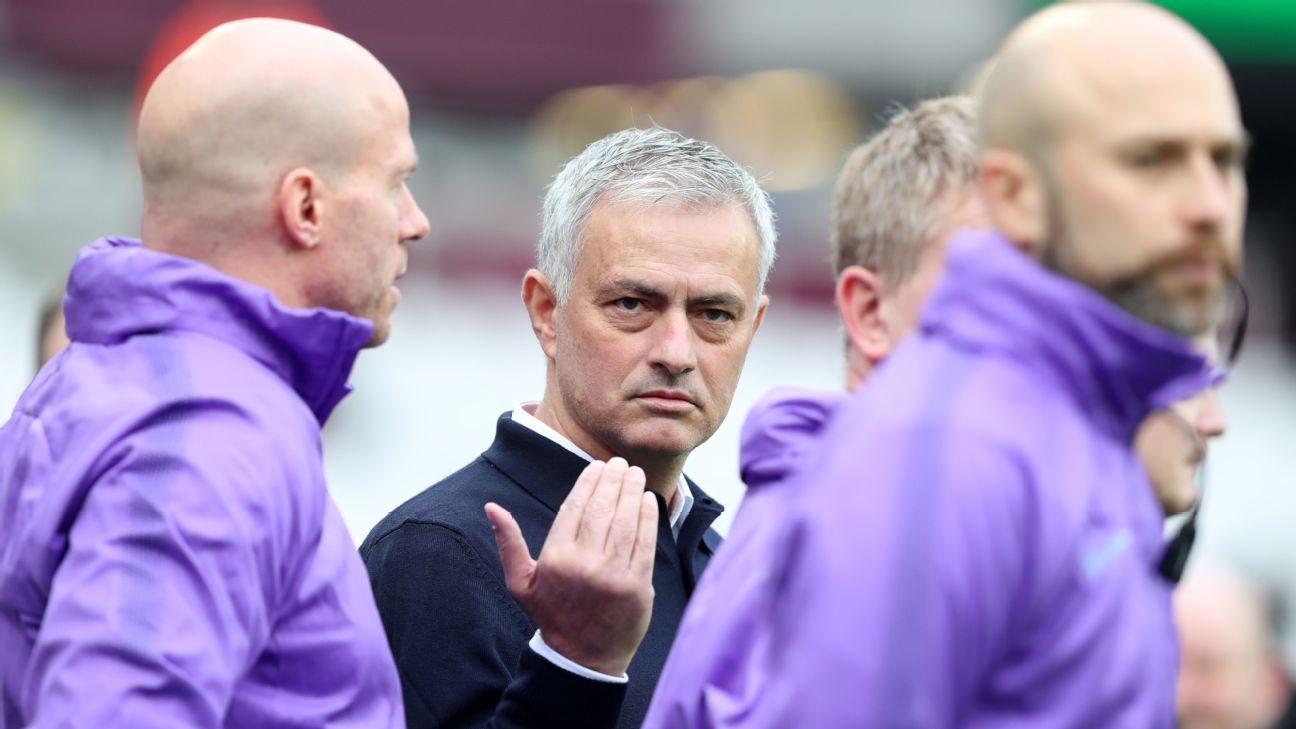 Timing is an underestimated quality in football. Without being in the right place in the right time, a glittering career might never get off the ground, and nobody knows about the fates of timing quite like Jose Mourinho.

Just rewind the clock to March 2004. Mourinho’s FC Porto are on the way out of the Champions League on away goals at the round of 16 stage against Manchester United until goalkeeper Tim Howard fails to hold on to a Benni McCarthy free kick and Costinha scores from the rebound.

The game is already in stoppage time, so it is a decisive goal; Mourinho celebrates by sprinting down the Old Trafford touchline and a legend is born. Porto go on to win that season’s Champions League, Mourinho moves to Chelsea, announces himself as the “Special One” and the rest is history.

But had Costinha not been in the right place at the right time that night, the Mourinho story might have been an unremarkable one, with no Champions League titles and no journey through Europe’s big leagues.

Indeed, as he prepares to return to Old Trafford on Wednesday as Tottenham manager, Mourinho might consider how the fates have worked for, and against him, over the years and how, once again, he looks like being in the right place at the right time at Spurs.

When he spoke to the media at his first news conference as Spurs manager less than two weeks ago, following the sacking of Mauricio Pochettino, Mourinho described the squad he had inherited as a “gift.”

Pochettino left behind a group of players who had reached last season’s Champions League final, only to lose to Liverpool, including a world-class striker in Harry Kane, dangerous wingers in Lucas Moura and Son Heung-Min, a collection of reliable centre-backs, and the mercurial midfield talent of Dele Alli.

It is a squad that has been ready to win for a while, but one which seemingly just needs an extra dose of the hard-nosed winning mentality that has typified Mourinho’s career ever since those early days at Porto.

Three games into his reign at White Hart Lane, Mourinho has overseen two victories that have lifted Spurs from the bottom half of the Premier League to fifth, as well as one which sealed their place in the Champions League knockout stages, so it is no wonder that he is smiling again. But the Tottenham Mourinho is a stark contrast to the man who spent two-and-a-half years with a scowl on his face at United until he was sacked last December.

Ever since his run down the touchline in front of the Sir Bobby Charlton Stand, Mourinho always appeared destined to manage United one day. He had the charisma, self-belief and insatiable desire for trophies which made him an obvious fit for the club once Sir Alex Ferguson stepped down.

May 2013 would have been the right time for United and Mourinho, in the immediate aftermath of Ferguson’s retirement, with a squad of seasoned winners needing a manager with similar characteristics to themselves to guide them through the trauma of losing the most successful manager in the club’s history.

But Mourinho had already given his word to Chelsea that he would return for a second spell in charge at Stamford Bridge, so United ended up with David Moyes and began their tailspin towards the mediocrity and chaos they find themselves in today.

When Mourinho eventually did get the job at Old Trafford, replacing Moyes’s successor Louis van Gaal in the summer of 2016, he was suddenly the right man at the wrong time, perhaps for the first time in his career.

While he has inherited a squad ready to reach its peak at Tottenham, Mourinho found himself with a collection of under-performing misfits at United who were simply not good enough to compete as he, or the club, demanded.

With Pep Guardiola landing in Manchester at the same time, to take charge of a City team that had been prepared for his arrival by the club’s Abu Dhabi hierarchy, Mourinho found himself in his dream job, but with a team that could not even compete to be the best in its own city, never mind in the Premier League or Champions League.

He spent almost £400 million attempting to get United back on track, but there was never any sense of a clear strategy or of Mourinho, who lived in a Manchester hotel throughout his time in charge, truly believing he could succeed at Old Trafford as he had succeeded everywhere else.

It is different at Tottenham, however. At Spurs, he has the tools with which he can build a winning team and he hasn’t had to spend a penny to get them. In many ways, he has a squad which reflects the key aspects of all of his successful teams — strong, experienced defenders, reliable defensive midfielders, a world-class striker, dangerous widemen and, if Alli continues to flourish, a player who can score goals from midfield as Frank Lampard did at Chelsea.