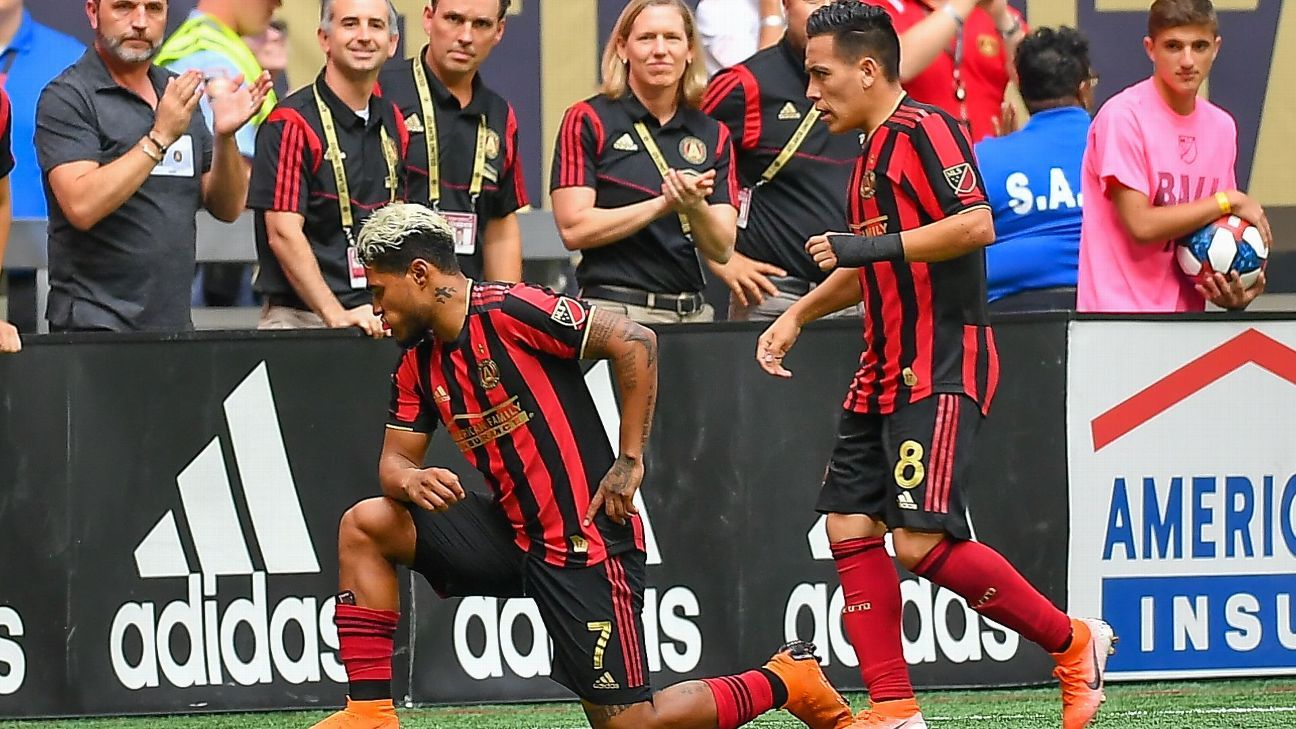 Franco Escobar scored in the 70th minute and Brad Guzan made six saves as Atlanta United started defense of the MLS Cup title with a 1-0 victory over the visiting New England Revolution on Saturday in an Eastern Conference first-round knockout match.

Atlanta, the second seed, hosts the winner of the Philadelphia Union versus New York Red Bulls match in a conference semifinal on Thursday.

Escobar made a run down the right flank from his defender position and received an entry ball by Ezequiel Barco that went between two New England players. Escobar was in stride to power a shot underneath the crossbar for his second goal of the season.

Matt Turner made a big save on Atlanta leading scorer Josef Martinez in the 88th minute to keep it a one-goal game when he raced to the penalty spot to smother the shot.

There was no feeling-out period in the first half because the teams knew each other well after United beat the Revolution 3-1 in the Oct. 6 regular-season finale.

The result was an entertaining opening 45 minutes with New England putting four of its seven shots on target while Atlanta forced two saves by Turner on nine attempts.

The Revolution was able to find space early in the absence of Atlanta defender Miles Robinson, who injured his hamstring while training with the U.S. national team during the nearly two-week break.

New England, in the playoffs for the first time since 2015, had the best opportunity to break the deadlock in the 37th minute when Cristian Penilla unleashed a 30-yard drive. Guzan, who had 14 shutouts in the regular season, dived to protect the left post and made a stretching save.

Turner matched Guzan’s exploits in the 55th minute with his own spectacular stop on a 1-on-1 with Barco.

Atlanta captain Michael Parkhurst, a defender, sustained a left shoulder injury in the 93rd minute and had to leave the match.