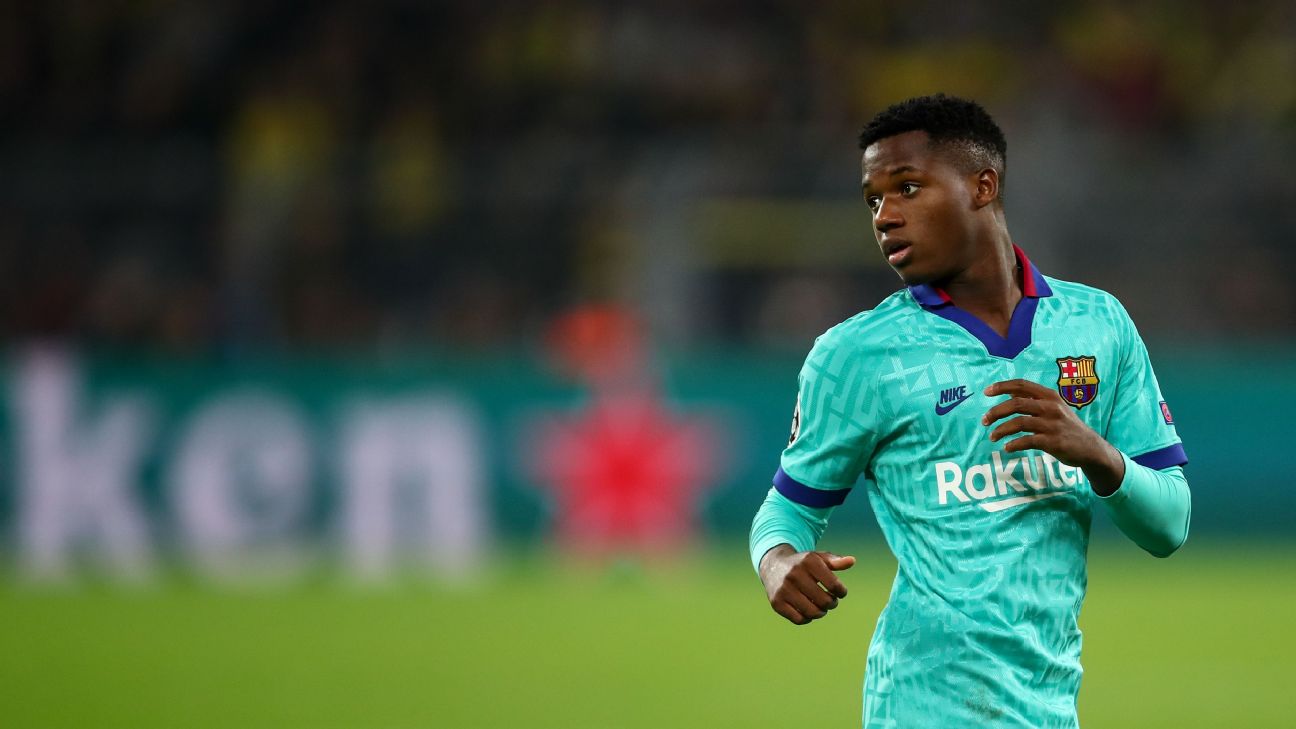 Barcelona forward Ansu Fati wants to represent Spain and will do so in next month’s Under-17 World Cup provided the paperwork arrives on time, coach David Gordo has said.

Ansu, 16, who became Barca’s youngest player to feature in a UEFA competition when he started in Tuesday’s goalless draw at Borussia Dortmund, was born in Bissau-Guinea but is in the process of obtaining Spanish nationality.

“Ansu has the possibility of representing another national team but he has chosen Spain,” U17 Spain manager Gordo told Spanish radio Cadena Ser. “We are doing everything possible for that to happen and we are eager to have him available as soon as possible.

“The federation has been working for a while on having Ansu play at the [U17] World Cup. Although I have not spoken to him personally, because he is not a player we can select yet, I am told he really wants to play for Spain and go with his Barca teammates to the national team.”

Ansu has enjoyed an extraordinary rise since making his Barca debut on Aug. 25. He marked his first senior start with a second-minute goal as Barca cruised past Valencia on Saturday.

Spain’s interest in the teenage forward, however, is not new.

“We have followed him in recent seasons,” Gordo said. “We like him. His profile fits in perfectly with the Spanish national team. I believe he not only has a future in this [U17] national team but also in the U19, U21 and of course, the senior team when the time comes.”

Gordo said he wouldn’t be surprised if there are calls for Ansu to feature next year for Spain’s senior team but the youngster must be protect from the hype.

“He’s had such a spectacular and brilliant start that it may cross people’s minds that that possibility [of Ansu being selected for senior team] could exist,” he said.

“But we have to be calm and let Ansu cover all the stages that correspond him. Tuesday’s game was another experience to add [to his career] and a very positive one. He is quickly covering stages. We have to assimilate what he is achieving.”

Gordo will give a pre-selection of 50 players for next month’s U17 World Cup on Sept. 25 with Ansu expected to be included.