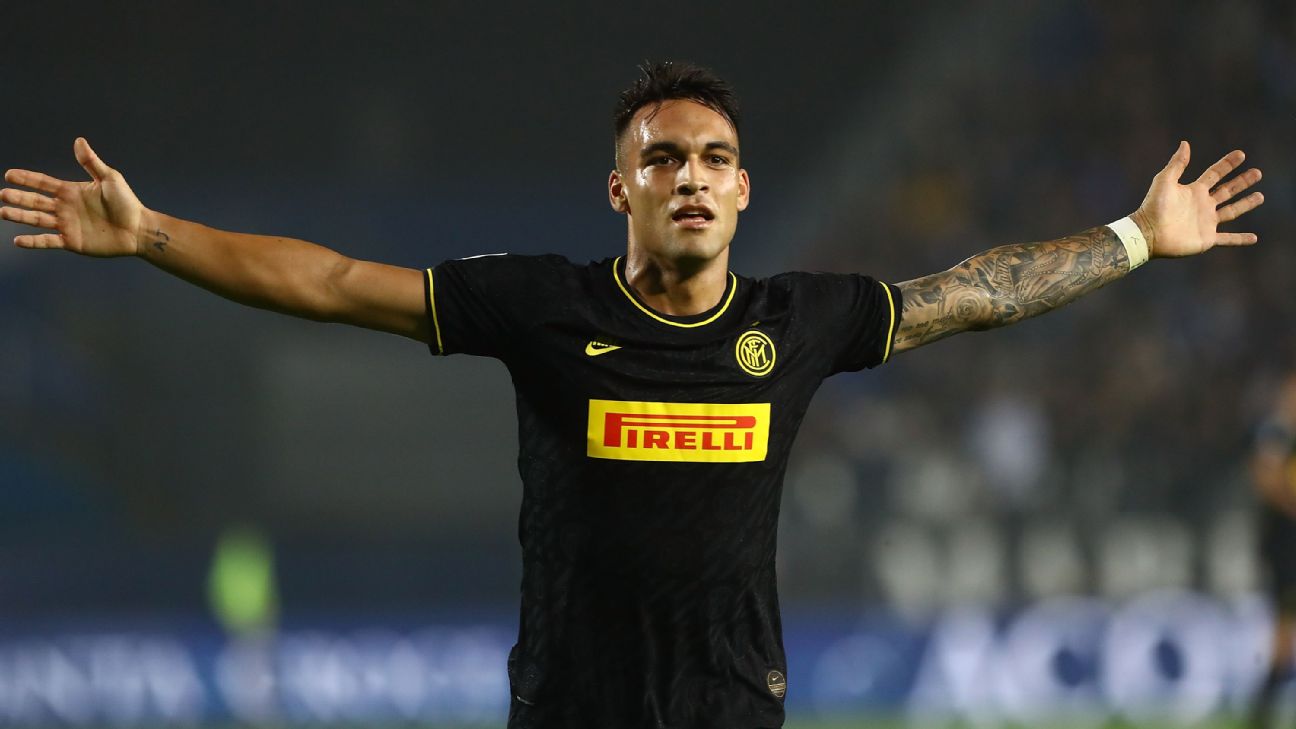 Barcelona consider Lautaro Martinez the perfect heir to Luis Suarez but sources have told ESPN that the club are looking at more affordable alternatives after being put off by Inter Milan’s €100 million-plus price tag.

The Spanish champions have been searching for a long-term replacement for Suarez — who turns 33 in January and has acknowledged the club’s need for a succession plan — for over a year.

Antoine Griezmann was signed last summer for €120m with the idea of providing depth centrally. However, with his role so far under coach Ernesto Valverde primarily on the left, the club still want to bring in a specialist No. 9.

Lautaro, 22, has been tracked for a while. Barca have reports dating back to his time at Racing de Avellaneda but it is his form in Europe that has seen their interest increase.

The Argentina international has scored 13 goals this season — including one against Barca in October — to help Inter top Serie A as one half of a lethal partnership with Romelu Lukaku.

Barca believe that, excluding Kylian Mbappe, who Paris Saint-Germain have no intention of selling, he’s the ideal candidate to replace Suarez.

But they have decided to look elsewhere because, according to a source at the Catalan club, Inter are asking for an “excessive” amount of money at a time when there is not a lot of cash in the Camp Nou coffers.

Therefore, with the possibility of Neymar‘s return still on the table next summer as well, the club are scouring Europe and South America for players who fall within their budget.

Sources said there are not many credible options around at the moment but that they have drawn up an “interesting but not very long” list of names who fit the bill.

One player who Barcelona have followed with interest this season is FC Salzburg’s Erling Haaland. Sources at the club, though, say the Norwegian international has been practically ruled out because they are seeking a profile closer to Suarez’s.