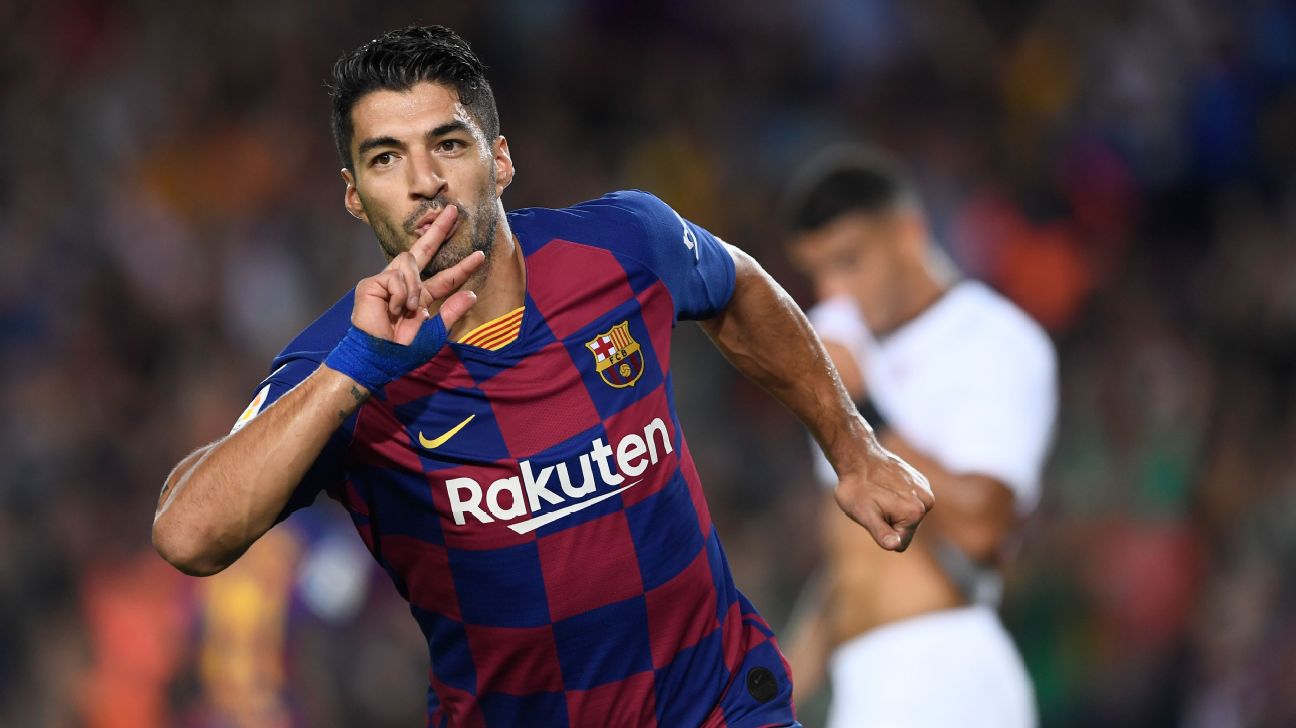 Luis Suarez has told ESPN FC that the growth of Major League Soccer makes the competition an “attractive” proposition and that the option of moving to the United States when he leaves Barcelona is a “nice possibility.”

Suarez, who will turn 33 in January, has been strongly linked with a move to David Beckham‘s Inter Miami franchise over the last year. He has a contract until 2021 at Camp Nou — with an option to extend the deal by an additional year — but has begun to think about what his next move might be.

Zlatan Ibrahimovic, Bastian Schweinsteiger and Wayne Rooney are among the big-name veterans who have moved to the U.S recently, but it’s the addition of younger talent which is drawing Suarez to the league.

“MLS is a competition which has grown a lot in the last few years and you can see that with the young players that have moved there in the last two years, above all the South Americans,” Suarez told ESPN FC at the launch of the new Puma Future Flash boots.

“That shows that the league wants to grow and not just bring in players of a certain age that are going to retire there. They look for that mix to make the league better.”

Uruguay’s Nicolas Lodeiro, who plays for MLS Cup winners Seattle Sounders, claimed recently that Suarez told him he wants to move to MLS when his time in Spain is up.

The Barcelona striker, who was named fifth-best striker in the ESPN FC 100, said he wasn’t quite that explicit but confirmed he did speak with his international teammate and that he would be interested in playing in the U.S.

“I didn’t commit to anything [with Lodeiro],” Suarez said. “I had a conversation with him. MLS is a league that any player would be interested in and I asked him about the competition and about his teammates.

“I have a contract with Barca and I am very happy here. In the future you never know, it’s an attractive league.

“Given that I have been lucky to have had success at the top level for a long time, what I would look out for [next] is stability for my family and the well-being of my children. They would all make the decision along with me and the United States is a nice possibility.”

Suarez remains a key player at Barcelona. He has scored eight goals this season, becoming the fourth top scorer in the club’s history, although sources told ESPN FC earlier in November that the Blaugrana would face a dilemma were they to receive a concrete offer for the striker from a MLS side.

While his goals and his relationship with Lionel Messi remain important, there’s acknowledgement at the club that he is no longer the player they signed from Liverpool for €75 million in 2014.

Suarez nearly led Liverpool to their first league title since 1990, coming up just short before signing for Barca. However, Liverpool’s 30-year wait for the title could finally end this season. They have already opened up an eight-point lead in the Premier League, although Suarez warned that it’s too early to view that as definitive.

“[Winning the Premier League] is difficult because the season is very long,” he said. “But they have a nice advantage at the moment and with this current Liverpool side, it’s complicated [to imagine] them letting that slip. But we all know how football is. They had a similar advantage at one stage last season and, in the end, Manchester City won the league.

“We were close to winning the league at Liverpool with young players. We almost managed it without the budget they have today. Given everything Liverpool are now, to have won it then would have had more merit.”