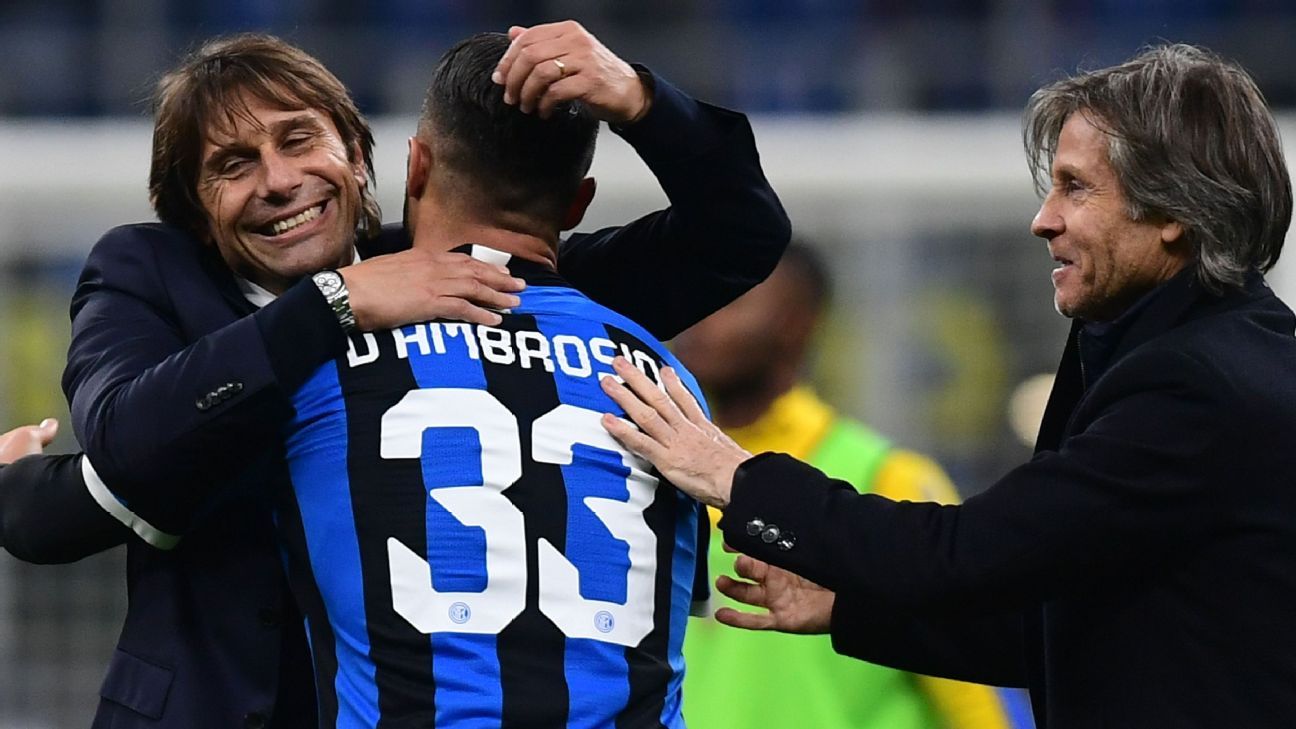 Inter Milan were rewarded for a relentless second-half performance when a magnificent strike from Nicolo Barella gave them a 2-1 win over Verona after the visitors had taken a shock first-half lead in Serie A on Saturday.

Barella collected the ball on the left, cut inside and curled the ball into the far corner from the edge of the area for his first goal Serie A goal since joining Inter from Cagliari at the start of this season.

Inter, who blew a 2-0 lead and lost 3-2 to Borussia Dortmund in the Champions League on Tuesday, went back to the top of Serie A with 31 points from 12 games, two ahead of Juventus who host AC Milan on Sunday.

Inter gave away a penalty in the 19th minute when goalkeeper Samir Handanovic caught Mattia Zaccagni as he raced through and Valerio Verre made no mistake from the spot.

The hosts dominated the game and Marcelo Brozovic clipped the crossbar before Verona goalkeeper Marco Silvestri managed to turn Vecino’s shot off the line at point-blank range just before the break.

Inter’s furious assault continued after the break and the pressure finally paid off in the 65th minute when Vecino headed in from a Valentino Lazaro cross.

Verona’s Sofiane Amrabat gifted Inter a glorious chance by hoofing the ball back towards his goal from the halfway line and straight into the path of Romelu Lukaku. The Belgian, however, misjudged the bounce and sent a weak header straight into Silvestri’s arms.

Lukaku’s blushed were spared by Barella’s strike, the midfielder also earning a yellow card for taking his shirt off and throwing it to the ground as he celebrated.

In the earlier game, Brescia’s new coach Fabio Grosso had a nightmare debut as his side were thumped 4-0 at home by Torino.

Andrea Belotti converted penalties in the 17th and 26th minute, both awarded for handball, to put Torino in charge and Brescia’s problems increased with a red card for Ales Mateju before halftime.

Brescia forward Mario Balotelli was substituted at the break to make way for defender Bruno Martella and Alex Berenguer piled on the misery for the hosts with two goals in a five-minute spell late in the game.