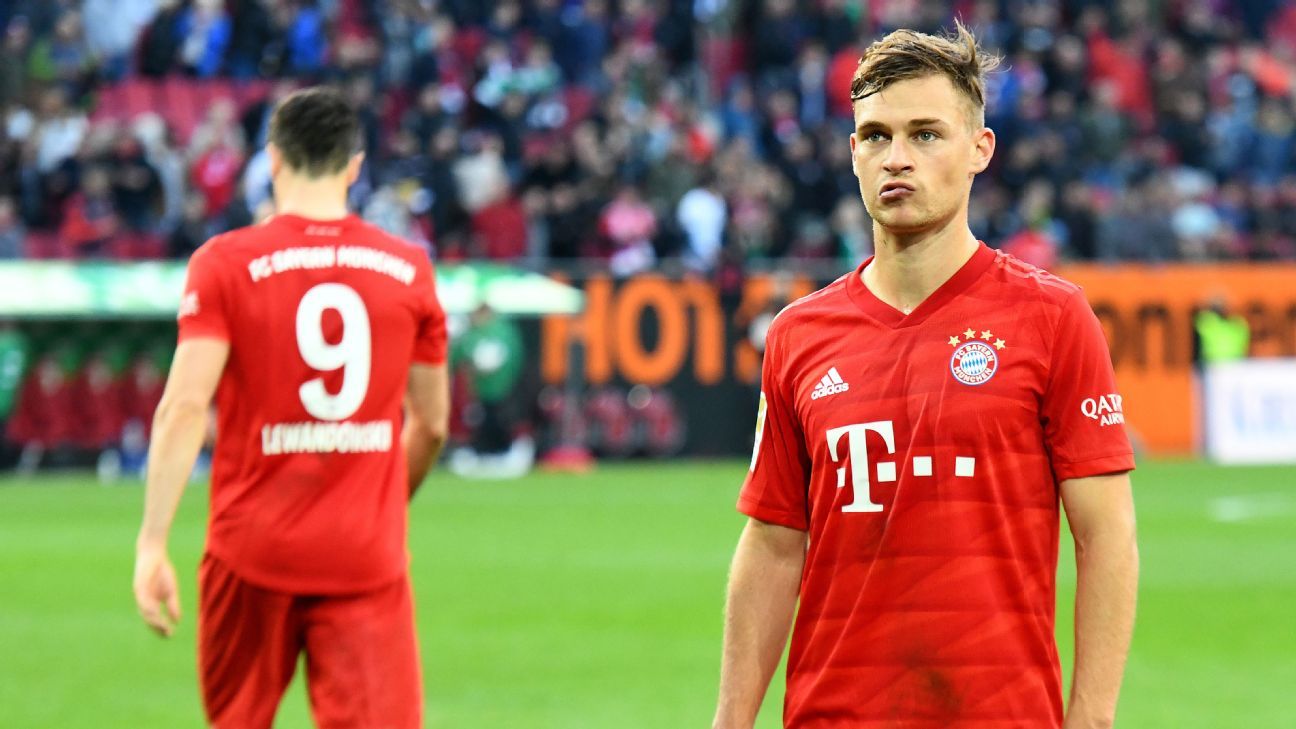 Augsburg’s Alfred Finnbogason scored a stoppage-time goal to snatch a 2-2 draw against a wasteful Bayern Munich on Saturday and deny the away side the top spot in the Bundesliga.

The Bavarians had only themselves to blame for failing to secure all three points, having squandered a bagful of chances and hit the woodwork in what was a largely one-sided affair against their opponents, who are in danger of falling into a relegation battle this season.

Augsburg shocked Bayern with a goal after 28 seconds, when Marco Richter volleyed in from a Rani Khedira header.

To make matters worse, central defender Niklas Sule had to be taken off shortly thereafter, suffering what appeared to be a knee injury.

Bayern forward Robert Lewandowski continued his stellar scoring run, however, to bring his side level in the 14th minute.

He headed in a perfect Serge Gnabry cross for his 12th league goal this term, and has now scored in each of Bayern’s eight league games this season to equal the record set by Pierre-Emerick Aubameyang four years ago.

Gnabry, who also hit the post late in the first half, curled a superb left-footed low shot past Augsburg keeper Tomas Koubek in the 49th minute to give Bayern, who travel to Olympiakos in the Champions League next week, the lead.

Koubek then made a string of superb saves to deny Kingsley Coman, Lewandowski and Philippe Coutinho. Substitute Thomas Muller could also have sealed the win for Bayern in the 90th minute, but fired wide from 13 metres.

Bayern were punished for their misses in stoppage time as Finnbogason tapped in from a cutback to earn a point for his team and make it two league matches without a win for the Bavarians.

Bayern remain in third place on 15 points, but could drop further behind leaders Borussia Monchengladbach, who play Borussia Dortmund later on Saturday.

VfL Wolfsburg remained second, also on 16, after Wout Weghorst scored an 82nd-minute equaliser that rescued a 1-1 draw against RB Leipzig, who are fourth on 15. Schalke 04, on 14, can also overtake Bayern if they beat Hoffenheim on Sunday.