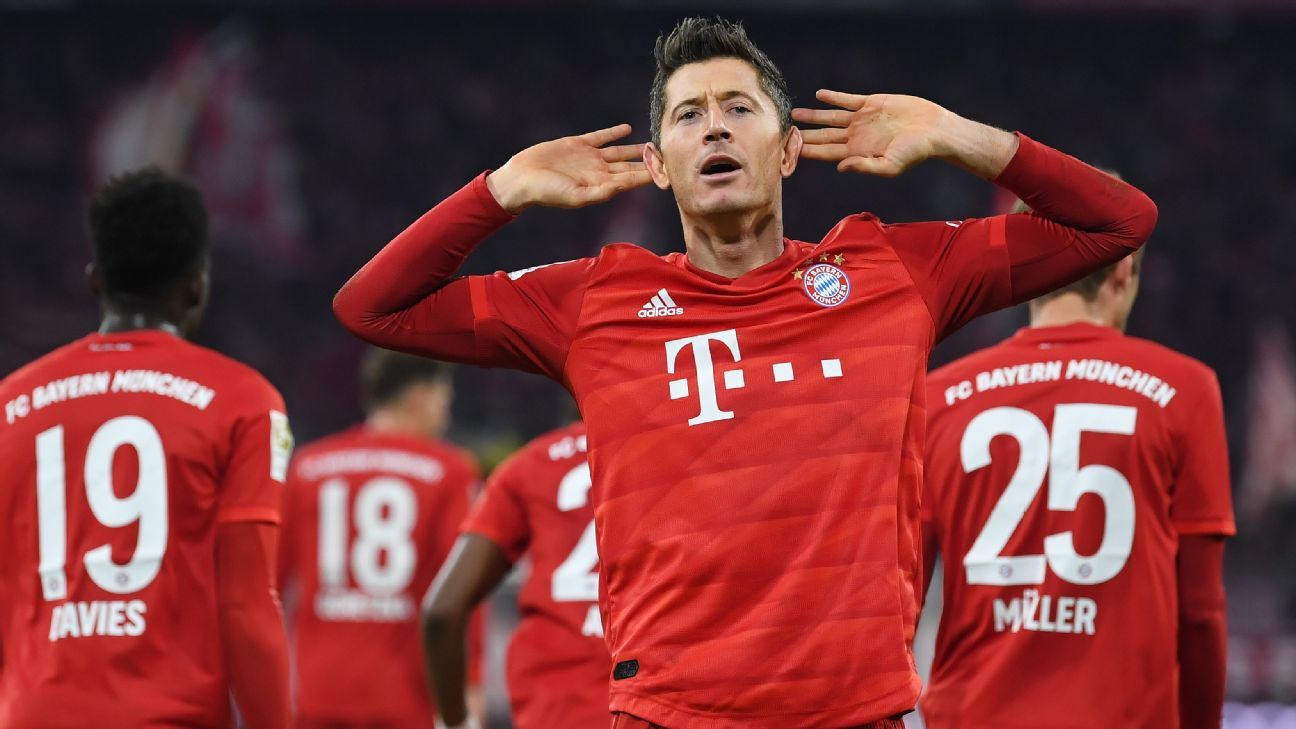 Champions Bayern Munich issued a warning to the rest of the Bundesliga on Saturday by crushing fellow title contenders Borussia Dortmund 4-0, with two more goals from top scorer Robert Lewandowski helping lift them into third place.

A week after being demolished 5-1 by Eintracht Frankfurt, triggering the sacking of coach Niko Kovac, Bayern were in sensational form under interim boss Hansi Flick.

Sharp in attack and with a back line that included a flawless performance from Alphonso Davies, Bayern showed none of the weaknesses of recent weeks and gave the Ruhr valley club no chance, beating the visitors for the sixth straight time in Munich.

“My task was to coach the team for these two games [including the 2-0 win over Olympiakos in Champions League this week],” Flick, who has seen his stock rise as Bayern looking for a successor to Kovac.

“It was not easy for the team. They knew they had to deliver and did it well.”

Lewandowski kept up his scoring run, netting in the 17th and 76th minutes to take his league tally to 16 goals, one more at this stage than Gerd Mueller’s record 15 goals after 11 games in 1968.

He has now scored in each of the side’s 11 league games this season, another Bundesliga record.

Dortmund had the better start to the game, but after a quarter of an hour Bayern gradually took control and Lewandowski put them in the driving seat.

They launched attack after attack, and Dortmund’s backline appeared dazed. Dortmund coach Lucien Favre took Jadon Sancho off after only 36 minutes and replaced him with Raphael Guerreiro but to no avail.

Bayern struck again two minutes after the restart with Gnabry, who had put the ball in the net in the first half as well only to be ruled offside.

Dortmund created only one clear chance in the game through Paco Alcacer but were unable to score, while Lewandowski made it 3-0 from close range in the 76th and Hummels turned a cutback into his own net four minutes later to compound his side’s defeat.

“A large number of our players were not present,” said Dortmund coach Lucien Favre. “We were not focused and lost the ball so often, just far too often. Bayern were much better than us. It was disappointing.”