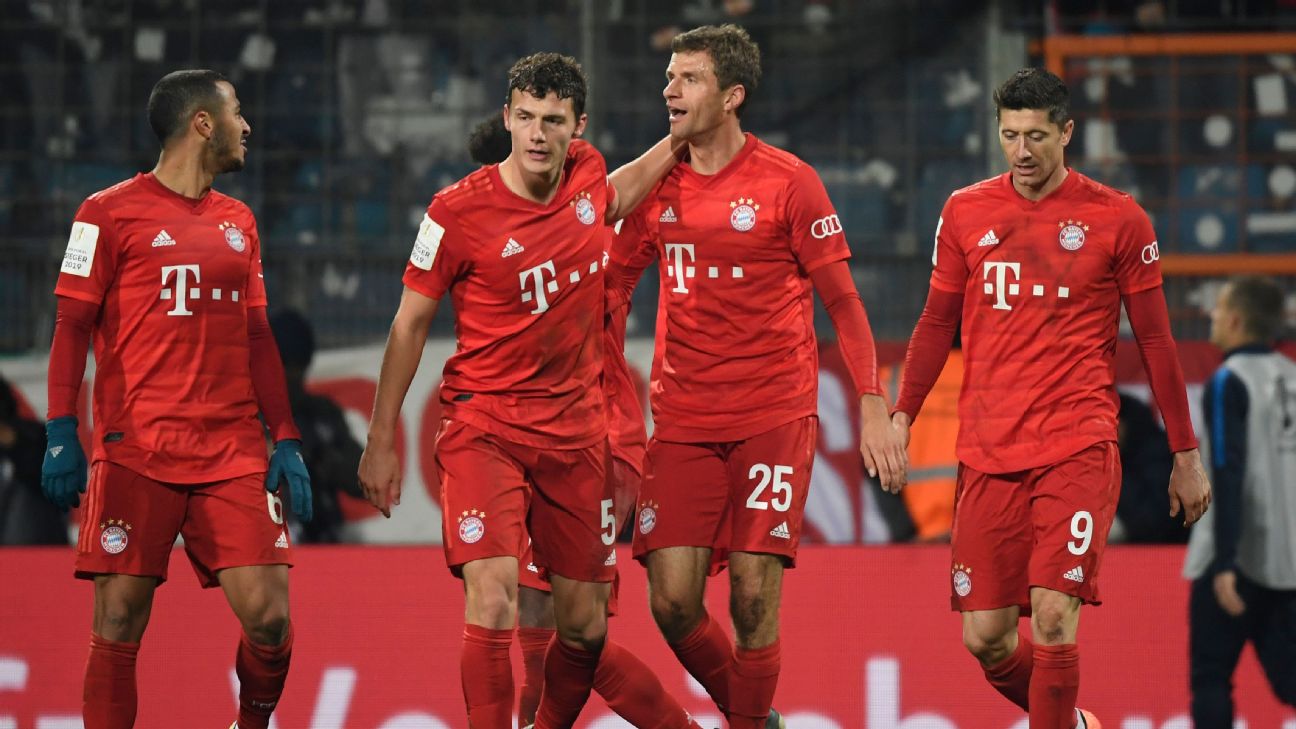 Holders Bayern Munich recovered from an own goal to avoid a humiliating German Cup second-round exit to second division VfL Bochum after two late strikes secured a 2-1 win on Tuesday.

Bochum had taken the lead in the 36th minute when Bayern’s Alphonso Davies directed Danny Blum‘s cross into his own net at the Ruhrstadion.

Kovac, who had heavily rotated his players, sent Muller, Robert Lewandowski and Philippe Coutinho on from the bench to try and turn the game around.

Gnabry equalised with a neat finish from Joshua Kimmich‘s cross before Bochum were reduced to 10 men, with defender Armel Kotchap dismissed for handball in the 88th.