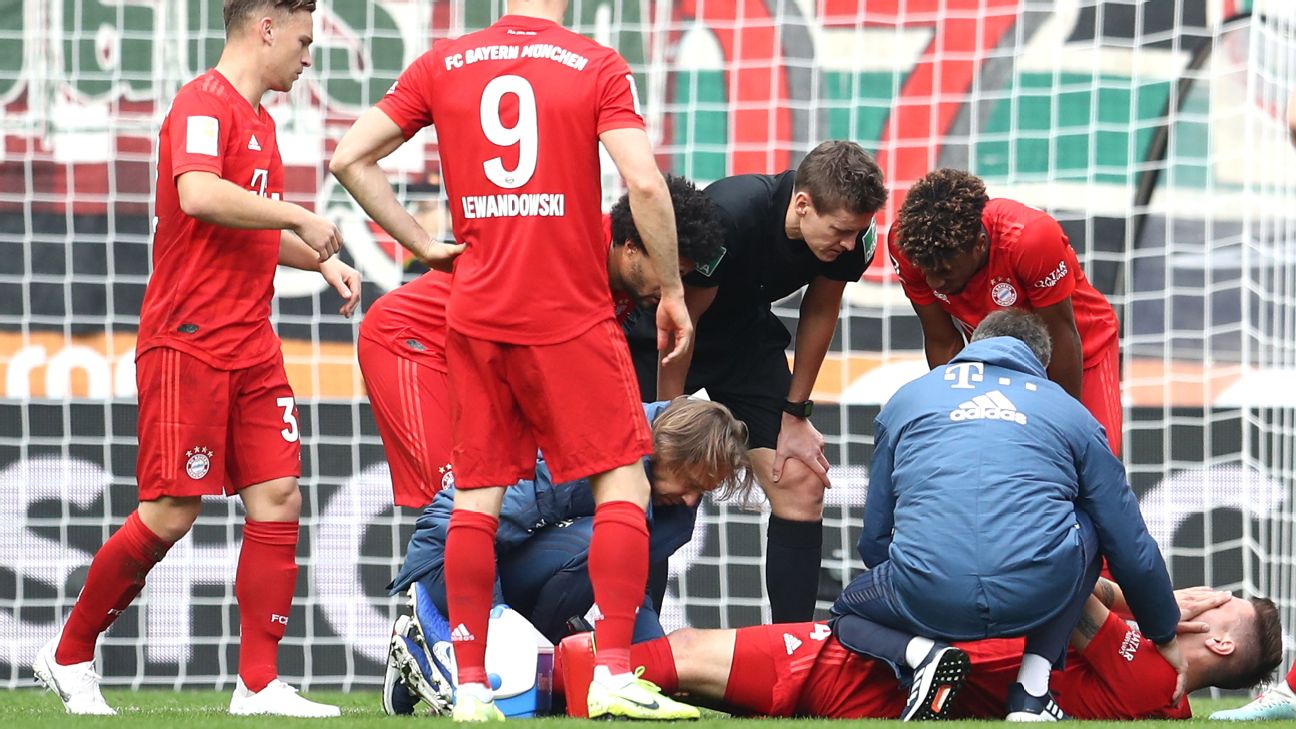 The defender will undergo surgery on Sunday and now faces a race against time to be fit for the Euro 2020 finals, which starts in eight months’ time, should Germany qualify.

He suffered the injury in the opening stages of the game when he landed awkwardly on his left leg and immediately reached for his knee.

Limping off the pitch at Augsburg, Bayern’s and Germany’s worst fears became reality following an examination early on Sunday in which the full extent of Sule’s injury was revealed. Bayern described the injury was “a big blow.”

Sule had started all 12 competitive matches for Bayern this season and could now be replaced in the starting lineup by former Germany international Jerome Boateng, who was close to completing a move to Juventus this summer and had been expected to leave the club in the winter.

Bayern have already conceded 10 goals this term and following Saturday’s draw with Augsburg, and have only won four of their first eight league games this season.

This is Sule’s second ACL tear in his left knee, having suffered the same injury during the 2014-15 season when he was still a Hoffenheim player.