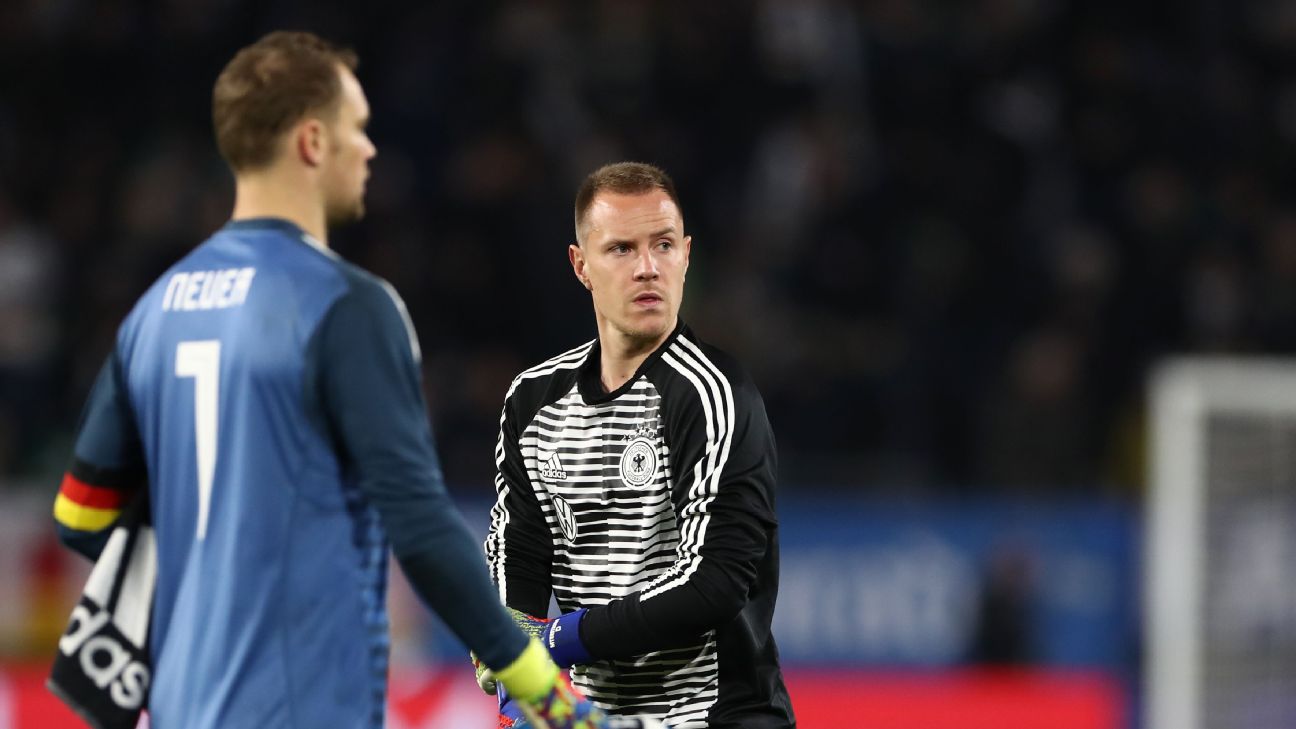 Uli Hoeness has threatened that Bayern Munich will no longer release players for the Germany national team if Marc-Andre ter Stegen replaces Manuel Neuer as the country’s No. 1.

According to Sport Bild, Hoeness warned the German FA that the fight for the first-choice goalkeeping spot could have dramatic consequences for them.

He reportedly said Bayern “will never accept a change of guard” in the national team’s goal following the 3-0 Champions League win against Red Star last Wednesday.

When asked about Ter Stegen potentially replacing Neuer as Germany’s No. 1, Hoeness was quoted as saying: “If that happens, we will no longer release players for the national team.”

However, Hoeness’ words ring hollow because FIFA regulations stipulate that “clubs are obliged to release their registered players […] if they are called up.”

Following the last international break, Barcelona goalkeeper Ter Stegen said that not playing in the Euro 2020 qualifying games against Netherlands and Northern Ireland was a “massive blow” and Neuer responded by describing the comments as not helpful.

Bayern president Hoeness then attacked Ter Stegen and the German FA, instructing them to “put Ter Stegen in a corner and make him apologise to Neuer.”

At the weekend, Germany coach Joachim Low, attending a Bundesliga match in Freiburg, told reporters that “something like that won’t have any influence on me.”