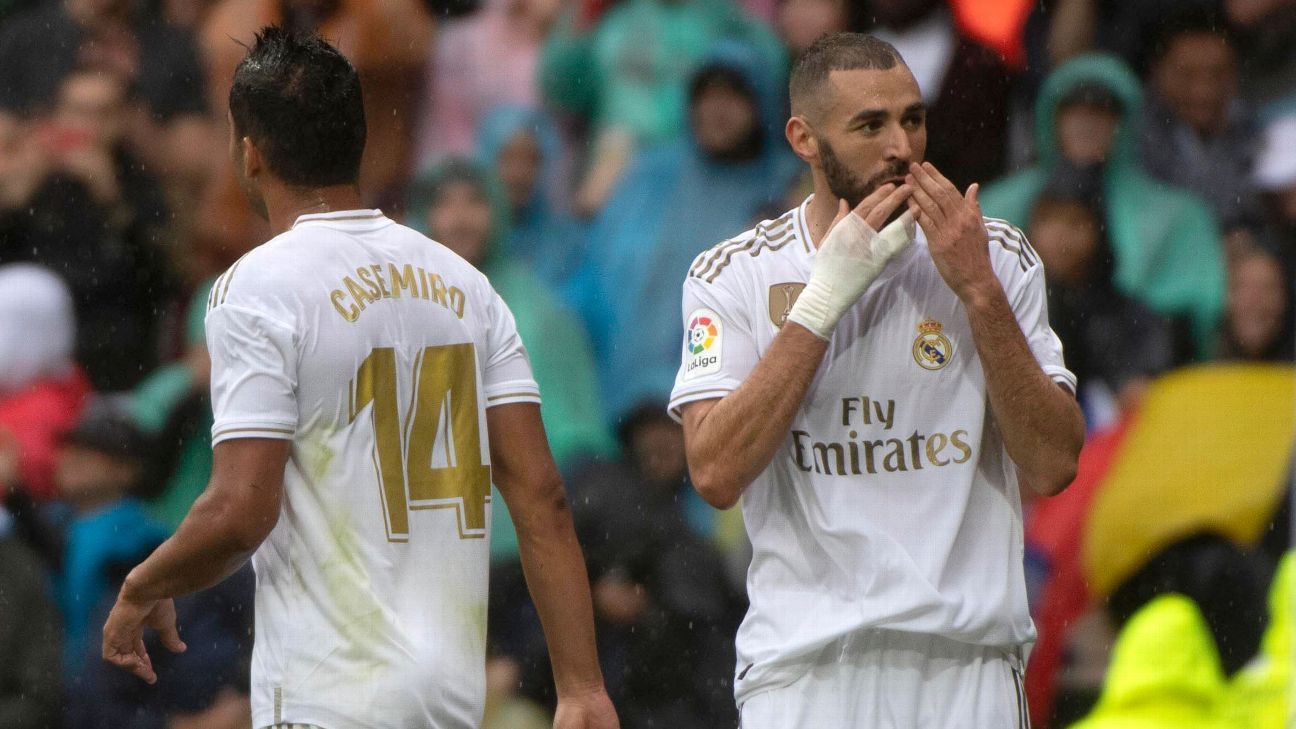 Karim Benzema scored twice as Real Madrid stumbled to a 3-2 win against Levante at the Bernabeu on Saturday.

Summer signing Eden Hazard also made his debut for the club as a substitute in the second half.

Zinedine Zidane‘s side dominated the first half and Benzema grabbed his first goal moments after Lucas Vazquez had struck the post.

Dani Carvajal delivered a cross from the right hand side and Benzema opened the scoring with a fine header after 25 minutes.

The Frenchman scored his second just six minutes later with a fine finish following a great assist from James Rodriguez.

The hosts bagged a third just before the break when Casemiro got on the end of a Vinicuis Junior cross for a simple finish.

Borja Mayoral, who is on loan from Madrid, scored for Levante just after the break but refused to celebrate.

Vinicuis had a goal disallowed for offside after Hazard replaced Casemiro on the hour mark.

Gonzalo Melero got another one for the visitors with 15 minutes to go but Madrid held on for the victory.

Madrid remain unbeaten in La Liga and they kick off their Champions League campaign against Paris Saint-Germain on Wednesday.