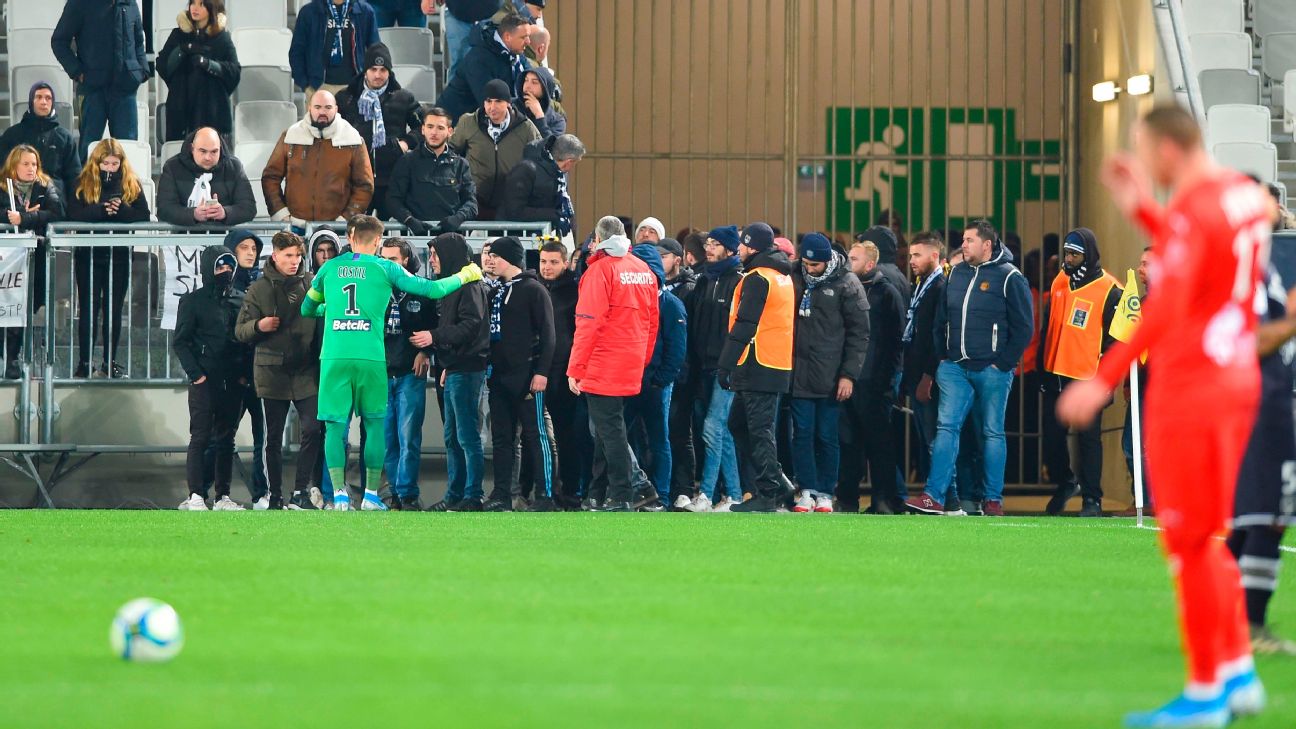 A group of Bordeaux Ultras invaded the pitch during their Ligue 1 match with Nimes on Tuesday, forcing the referee to delay the game for 25 minutes.

The club’s supporters, known as the Ultramarines, stormed onto the pitch to protest against president Frederic Longuepe.

Both teams were sent back to the dressing room but despite the disturbance, Bordeaux returned to win the game 6-0.

Bordeaux are in third position in the league table, seven points behind league leaders Paris Saint-Germain