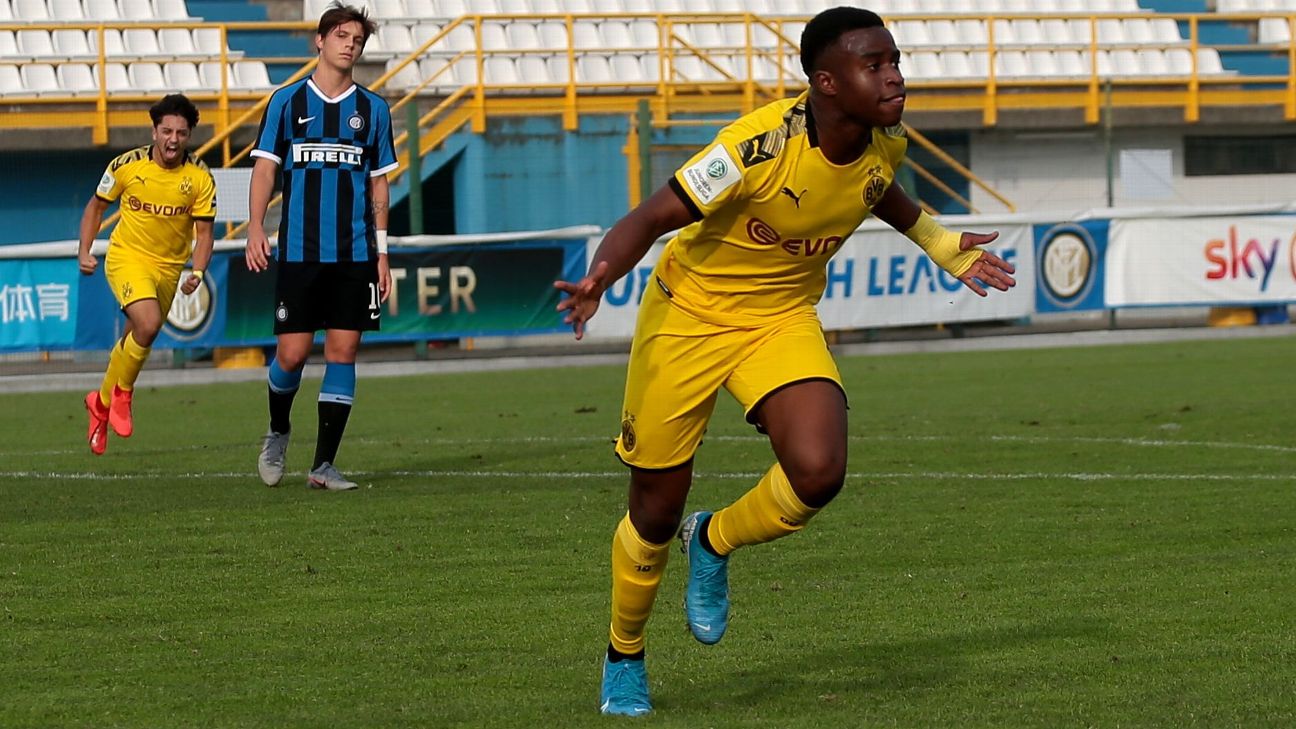 Borussia Dortmund wonderkid Youssoufa Moukoko, 14, became the youngest player to score in the UEFA Youth League when he netted in the 4-1 defeat against Inter Milan on Tuesday

It is the latest landmark for the teenager, who scored six goals on his under-19 debut for Dortmund in August.

After a record 50 goals in 28 matches for Dortmund’s U17s last season, he was promoted to Borussia’s under-19 team in the summer.

Moukoko could make his Bundesliga debut in the 2021-22 season, once he has turned 17.

And Germany coach Joachim Low has even said he is monitoring the player’s progress.

“I’ve been speaking to [Dortmund U19 coach] Michael Skibbe for a while,” Low said. “Everyone involved is well advised to wait and let him develop in peace.”

The result could have been even worse for Lucien Favre’s side as Martinez saw a penalty saved by Roman Burki.