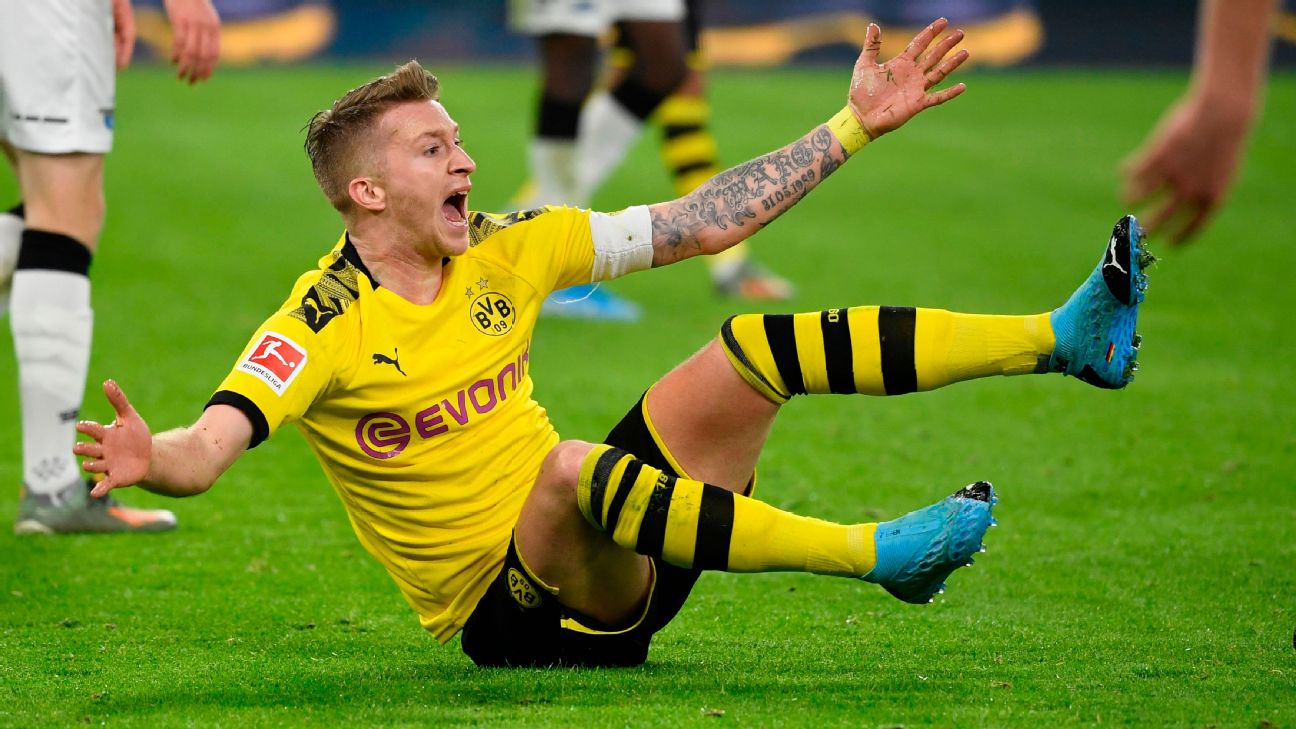 Borussia Dortmund captain Marco Reus has labelled his team’s performance in a 3-3 comeback against rock-bottom Bundesliga club SC Paderborn “absolute s—” and warned that they “must never, never play like that again.”

A 4-0 defeat at Bayern last week sent Dortmund to sixth in the standings and on the brink of another crisis. Regardless, on Friday night, Dortmund could have returned to an overnight second place in Bundesliga with three points against strugglers Paderborn.

The club’s leadership demanded a reaction from their team against Paderborn. But they did not deliver any. Instead, the visitors came close to the biggest upset of the season so far.

Paderborn had not scored a goal in three matches and picked up just four points from the first 11 matches of the season. But in the first 45 minutes, they caught the hosts on the counter several times and reached the dressing room with a comfortable lead.

Second-half goals by Jadon Sancho, Axel Witsel and Reus secured Dortmund the point, but things were not well at the Westfalenstadion after the final whistle. Dortmund supporters on the famous Sudtribune shouted at their team when the players walked toward Europe’s biggest standing terrace. And club captain Reus said on DAZN that they had every right to do so.

“We must apologise to everyone here in the stadium for this performance,” Reus said. “I don’t have a clue what we did in the first half. Down 3-0 at half-time at home to Paderborn. Well, yes, it was really embarrassing in the first half.”

“We must never, never perform like that again, because that was absolute s—,” he added, and when looking at his 92nd minute equalizer, Reus said: “To be honest, I’ve got zero interest in my goal. We must not just play like that against at home to Paderborn, to any team. No way.

“That was just bitter in the first half. We need to address this, and we will address this. There’s no other way.”

A visibly shattered Reus then elaborated on what Dortmund did better in the second half but came back to the first 45 minutes. He said: “To be honest, we didn’t even know how to press. And that must be food for thought. We did not get away lightly. We received a heavy knock.”

Swiss coach Lucien Favre has come under pressure in recent weeks, and a defeat could have all but ended his time at the Westfalenstadion. His future still remains uncertain, but Reus said “it’s [the players’] responsibility to show our performance on the pitch. And we don’t do that right now.

Borussia Dortmund travel to Barcelona for a mid-week Champions League match next, before heading to the German capital to take on crisis club Hertha Berlin. Depending on the Bundesliga results this weekend, they could drop to ninth in the standings by late Sunday.