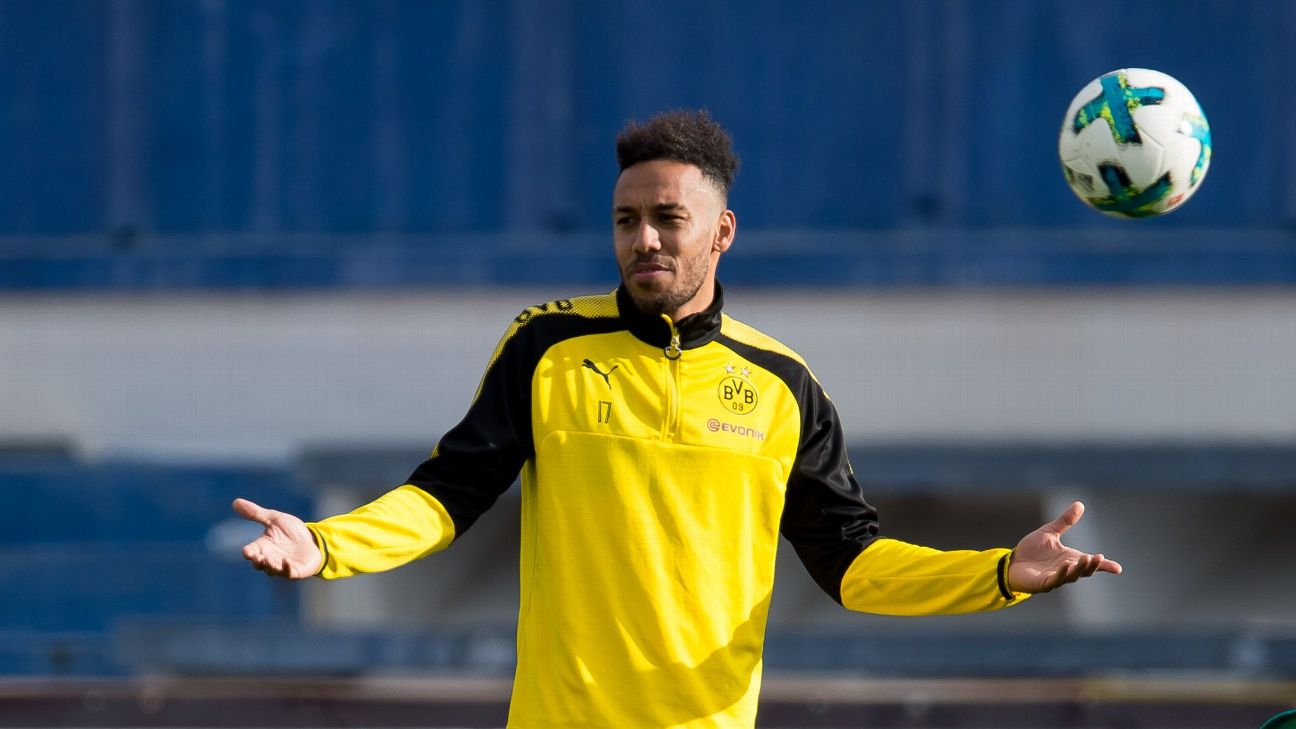 CAPE TOWN — Germany’s Bundesliga has a growing reputation as one of the most ‘watchable’ top leagues in the world, and is hoping to use that perception to grow its footprint in Africa in the coming years.

The English Premier League and Spanish LaLiga have, for some time, had a strong presence in Africa, boosted by big brands such as Real Madrid, Barcelona, Manchester United and Liverpool.

But the Bundesliga has its own appeal, for players and fans alike, and already boasts some of Africa’s biggest stars.

Robert Klein, CEO for Bundesliga International, tells ESPN that he is confident of seeing more players from the continent shine, and follow in the footsteps of former Borussia Dortmund star Pierre-Emerick Aubameyang.

“There are currently 17 African players in the Bundesliga and 39 others who are what we term of ‘African origins’, who also have a big connection to the continent,” Klein said.

“I met a gentleman here [in Cape Town] from Gabon and the first thing he said to me was ‘Aubameyang’. So if we can get a South African superstar ,or any other African players, to come and play in our league and be successful, it is good for us and good for them.”

Klein knows that it will be tough to make inroads into what has traditionally been a Premier League-dominated market, but says the numbers tell a compelling story of the power of the Bundesliga.

“If you look at it in terms of revenue, the Bundesliga is the second biggest league in football and the sixth biggest league world-wide overall if you take in the NHL, NBA and so on. That is our ambition, to be at that level,” he said.

“There are territories where we actually rank first with a very strong presence. China is an important example, we have been broadcasting there on free-to-air [television] for the last 23 years.

“There are other territories, this is true, where the English Premier League have got a significant lead. But behind that is it anybody’s game and that is the areas we are trying to grab, but we want to do it the Bundesliga way.

“Yes, we want to build a brand, but we firmly believe that if we are working with [domestic] leagues in our key markets, we will all benefit. If we can help grow South African football, that will benefit everybody.”

Klein has been in discussions with South Africa’s Premier Soccer League (PSL) about how the Bundesliga can assist in helping clubs improve operations on and off the pitch.

He says South Africa can learn from Germany’s own harsh lessons to rise from catastrophe to the success, if they are willing to take the long road.

He continued: “In 2000, the Germans had a catastrophic European Championship. An aging team did not perform well. The country, from a football perspective, went into crisis and the clubs, federation and the regions all came together and said, ‘What are we going to do about this?’

“From that the Deutsche Fussball League was born and that was, one would argue, the foundation if you fast-forward to the World Cup-winning team in 2014.

“Why? Because of the set-up. The first thing they did was set up a licensing system. If you were going to be a member of the Bundesliga, you had to set up certain structures. You had to invest a certain amount into youth.

“What it means is that you have a constant talent pool which is coming through, which has been shown at the league level, but also the national team level.”

Germany has much to give in terms of coaching expertise, and they are eager to share this knowledge.

“We have produced some of the world’s best coaches. Jurgen Klopp, who was at Borussia Dortmund and Mainz before Liverpool. There are two or three big coaches in the EPL – Daniel Farke at Norwich City and David Wagner, who did a great job at Huddersfield Town.

“The point is that the knowledge exchange on the coaching level, nutrition, training and so on are all possibilities. We are discussing all of those, we are hoping to understand from the PSL what interests them, and from the clubs in particular.

“But it has to be done together and not seen as the Bundesliga coming in … we are well aware of that and would like to do a long-term partnership.”

But Klein says the PSL will also have to be flexible if they want to make South Africa an attractive destination for Bundesliga clubs to visit, especially during the winter months in Germany.

“Werder Bremen were in South Africa this January and were not able to play a friendly because there is currently a regulation from the PSL saying you cannot play internationals [friendly matches] at that time,” he said.

“That is one of the things we want to talk to them about because South Africa is a key market for us, but if teams are coming down and they can’t even play a friendly, it makes it very difficult to have interactions with the fans and build the partnerships we want to.

“Friendlies, and teams coming down and engaging with the fans and local communities is by far one of the most effective ways to create an emotional connection.”

Klein adds he is excited about taking the Bundesliga ethos outside of the country: “We have a tag-line, ‘Football as it is meant to be’. We believe that is what German football offers.

“It is authentic, it has the highest number of goals over the last 20 seasons compared to all the top leagues. Capacity full stadiums with an amazing atmosphere, so that makes a good TV product.

“The proximity you can have to the players, a lot of training sessions in Germany are open and we take that internationally as well when we travel to show what can be done.

“Football as it is meant to be … that is the story we want to tell world-wide and hopefully inspire people.”