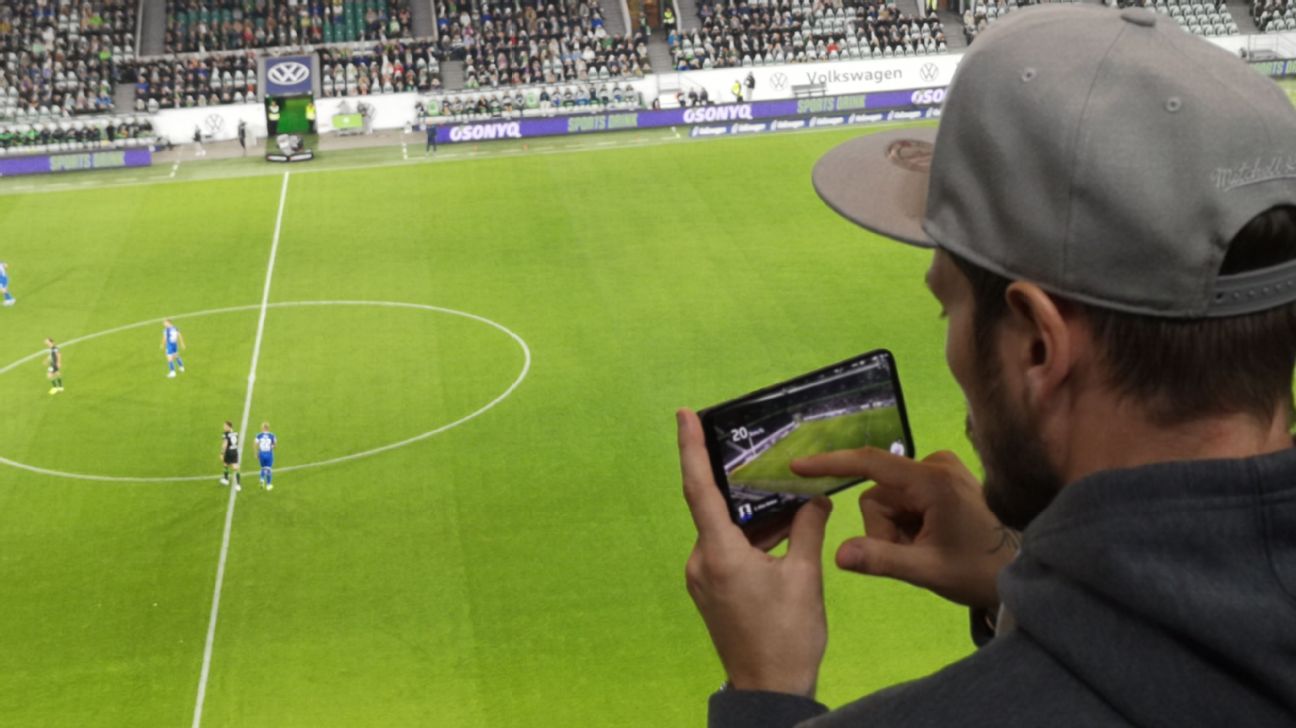 The new technology will allow supporters in stadiums across Germany the ability to see live data including passing stats, pace, distance covered and shots taken, and also see past information.

“We want to enhance the stadium experience for fans through new ways of enjoying information,” DFL Digital Sports executive Andreas Heyden had said at the event where the digital opera glasses were introduced, adding that he hoped to bring together “the best of two worlds.”

With the app still in development, several other features including a shopping function or the option to review highlights might be introduced in the future, Heyden told ESPN FC.

“All numbers and facts from a TV broadcast and the thrill of being there live,” he said.

Attending the showcase, injured VfL Wolfsburg attacker David Ginzcek told ESPN FC the app could be useful “for the fans on the main stands.”

The 28-year-old has played for clubs such as Borussia Dortmund, FC St. Pauli and VfB Stuttgart and said: “On the main stands the whistling and booing usually starts. And this might help them understand things better.”

Why the transfer window should be abolished: chaos for clubs, a playground for agents
Aaronson makes most of USMNT debut despite scoreless effort vs. Colombia
Bayern draw third straight; B’liga lead
The European teams that have defied the odds since World Cup break
McKennie: U.S. teammates at Leeds ‘cherry on cake’