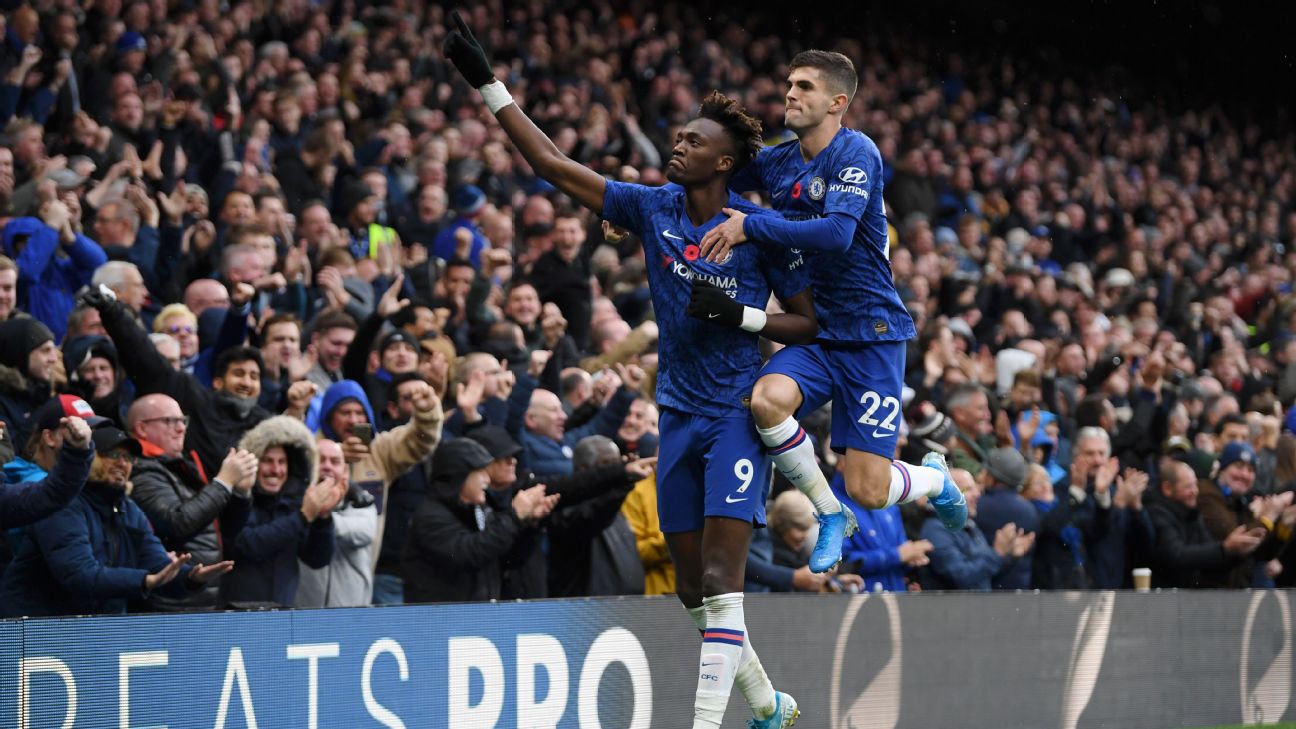 Flip through the youngest teams in the Champions League, and you’ll find a list of the usual suspects. Per data from the CIES football observatory, Genk are the junior team in Europe’s club competition, boasting a starting XI with an average age of 23.8. (Data is only for domestic games.) No surprise there; this is the same club that has sold the likes of Sergej Milinkovic-Savic, Wilfred Ndidi, Leon Bailey, Thibaut Courtois, Christian Benteke, Kevin De Bruyne, and Kalidou Koulibaly within the past decade.

After Genk, it’s the two Red Bull-affiliated clubs, FC Salzburg and RB Leipzig, with Lille and Lyon sandwiched in between. Salzburg (24.1) once employed Sadio Mane and Naby Keita, along with countless other players scattered throughout the Bundesliga and elsewhere among Europe’s top leagues.

Lille (24.3) are the youngest side in Europe’s top five leagues; recent stalwarts include Nicolas Pepe, Eden Hazard, Divock Origi, Rafael Leao, Lucas Digne and Idrissa Gueye. Lyon (24.7), meanwhile, are perhaps better than any other club when it comes to promoting youth and then selling it on: Tanguy Ndombele, Alexandre Lacazette, Ferland Mendy, Corentin Tolisso, Nabil Fekir — and that’s all within the past three years.

As for Leipzig (24.8)? Well, among the 50 most valuable clubs in the world according to the valuations on the website Transfermarkt, their full squad has the youngest average age. The next team on the list, though, isn’t anything like the five clubs before it. In fact, Chelsea (25.3) have purchased players from more than half of them.

“Playing the kids” is typically the province of clubs that make a lot of their money from first showcasing, and then selling, their best prospects. Of the aforementioned five, only Lyon broke into last year’s Deloitte Money League, which ranks the 30 richest clubs in the world by annual revenue. They were 28th with revenues of €164.2 million, which is less than one-third of what eighth-ranked Chelsea brought in over the same time frame.

There’s supposed to be some trade off with rolling out a young squad. Like with, say, Monaco in 2016-17: a bumper crop of prospects comes together all at once to produce an unlikely Ligue 1 title — only for someone bigger to come along and buy all of the best players. Or as with Manchester United this season, your short-term performance suffers because the kids aren’t quite ready yet. However, Chelsea don’t seem to have either of those problems. They’re young, they’re rich and they’re already one of the best teams in the world.

Had someone repeated those words back in, say, March, they would’ve lost friends and family. While ostracised by the people who truly care about him, this theoretical person also would’ve been correct. Hazard left for Real Madrid in the summer. Kante has only played 377 Premier League minutes so far this season thanks to a succession of injuries, and they were banned from signing new players for two windows, starting last summer. Yet through 12 games, Chelsea are averaging more points per game (1.89 to 2.17) and sporting a better per-game goal differential (0.63 to 0.83) than they did last year. It’s no fluke either, as their expected goal (xG) differential has also improved from 0.62 to 0.88.

The backgrounds of their two best attackers help explain the improvement and the advantageous situation they now find themselves in.

For most of the Roman Abramovich era, Chelsea essentially operated on two separate tracks. One was the first team, which spent tons of money on big-name talent in an effort to win the Premier League and the Champions League. The club has spent at least $25 million on 25 different players since the Russian oligarch bought the club in 2003. Among the Big Six, Chelsea have won the most trophies (16) in that stretch. The other track was the so-called “Loan Army,” a bountiful collection of young prospects that the club would purchase and/or develop, farm out on loan for a number of years and then sell on for a profit before the player had made any significant contributions to his parent club. This process helped to balance out the spending on the first team.

Christian Pulisic falls into the first category. Although he was purchased from Borussia Dortmund in January and then loaned back for the remainder of the 2018-19 season, the 21-year-old was acquired for $73 million to perform for the first team. Despite a slow start, he’s done just that. Among Premier League players who have played at least half of their team’s available minutes, Pulisic is third in non-penalty goals plus assists per 90 minutes (NPG+A/90) (1.11) and fifth in expected goals plus expected assists (xG+xA) (0.87), according to the site FBRef.com. When he’s been on the field this season, Pulisic has simply been one of the most productive attacking players on the planet.

Tammy Abraham, however, has been even better. Abraham came up through the Chelsea academy and was then loaned out in each of the past three seasons. He scored 51 combined goals across two loans in the Championship to Bristol City and Aston Villa, but struggled during his one Premier League loan with Swansea City in 2017-18. As a 19-year-old, he scored three goals across a full season. Two years later, he’s already got 10 through just 12 games. Abraham is first among all players in NPG+A/90 and second in xG+xA. Since August, he’s been the best English striker.

Last year, Hazard ranked fourth in the league in NPG+A/90 and 15th in xG+xA while no-one else at the club was in the top 20 of either category. This year, Chelsea have two guys within the top five of both. They have the third-best xG differential in the Premier League. They’re rated as the seventh-best team in the world, according to FiveThirtyEight’s global club rankings, while the Club Elo rankings have them at fifth — behind just Bayern Munich, Barcelona, Manchester City and Liverpool.

The scary part? They’re likely to get even better.

Thanks to the transfer ban and the appointment of Frank Lampard — two things that may not be unrelated — Chelsea have turned to the kids. Lampard didn’t have much of a managerial track record before his arrival but the one thing he did do in his single season at Derby County was give lots of playing time to talented youngsters. In addition to Pulisic and Abraham, three other 24-and-under players who were on loan last season — Fikayo Tomori, Mason Mount and Kurt Zouma — have become consistent starters. Another one, Reece James, looks likely to soon become a member of the first XI. James’s fellow 19-year-old, Callum Hudson-Odoi, has made five starts in all competitions. And don’t forget about Ruben Loftus-Cheek, the 23-year-old midfielder who became a starter last season before rupturing his Achilles in a stupid in-season exhibition match against the New England Revolution this past spring.

Loftus-Cheek is expected back soon and so is Kante, who is practically ancient at 28 years old but is still probably the best player on the team. While the transfer ban may have been a blessing in disguise, it does seem like an emphasis on youth has been established within the senior team. So perhaps once Chelsea are able to buy players again — they’re appealing the ban and would be allowed to sign players during the January window if it’s overturned — they’ll be doing so in a way that improves the team but doesn’t stunt the growth of any of the young talent.

Most soccer players peak somewhere between the ages of 24 and 28. Chelsea now have a core of players who are 1) good enough to compete at the top level right now, and 2) still years away from their primes. Now, they’re not at the level of Liverpool or Manchester City, but it might not be long until they get there.

We’ve already seen what can happen when one or two prospects turn into stars but for Chelsea, it could happen to five or six more guys all at the same time.