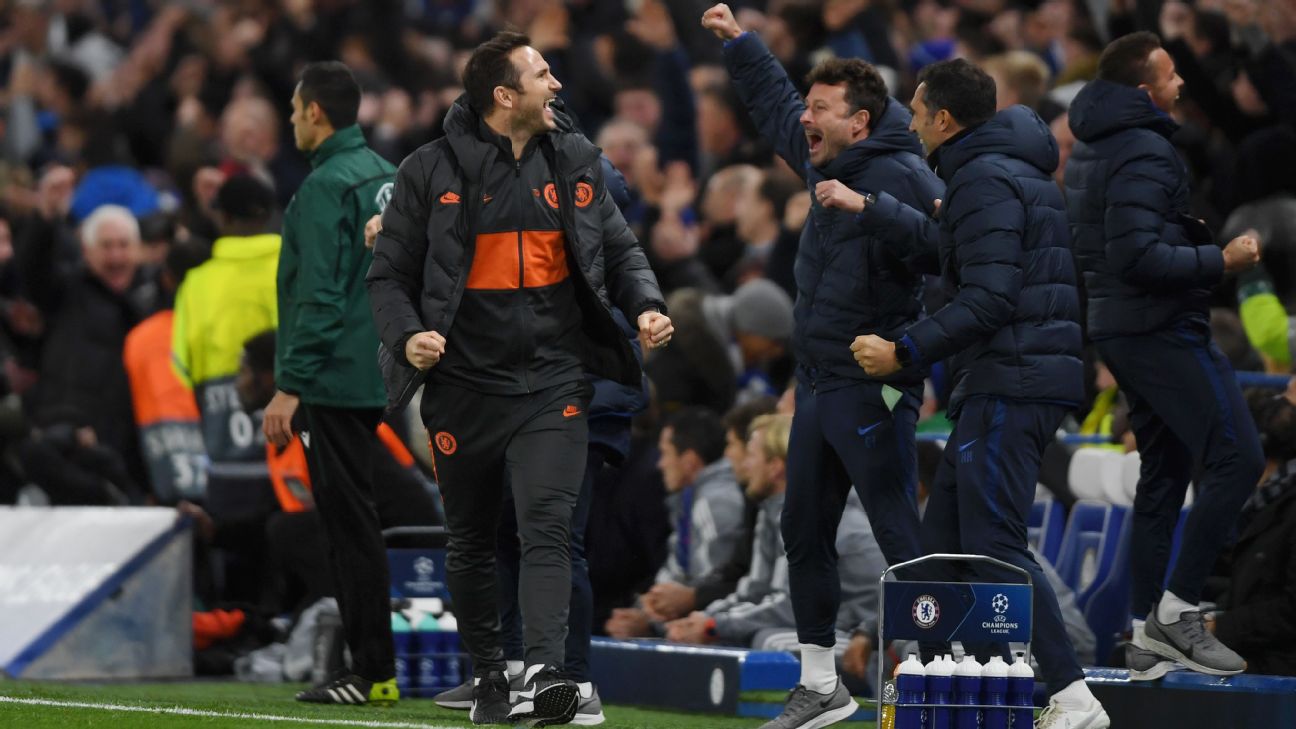 Chelsea coach Frank Lampard called his side’s heart-thumping 4-4 Champions League draw against Ajax on Tuesday a “mad one” that ranked alongside some of the greatest matches he contested as a player for the London side.

“Today was just a mad one. I don’t think there’s too many you can compare it to in my day,” Lampard, who is Chelsea’s all-time top goal-scorer and won the Champions League with the Blues in 2012, told reporters after the match.

“I’ve had some mad nights over the years, and some great nights. For everything that it was tonight, and for the spectacle that it was, it’s certainly right up there.”

Chelsea came from 4-1 down to their Dutch visitors after 55 minutes to rescue a draw, helped by two red cards that reduced Ajax to nine men for the last 20 minutes.

The Blues then thought they had gone 5-4 ahead, only for captain Cesar Azpilicueta‘s strike to be ruled out by the Video-Assisted Referee for handball.

“Take VAR out of it and the red cards etcetera, what I have to think about is us and the spirit that we showed, and the character is something that I loved and our fans loved,” Lampard said. “We need to tighten up for sure, but with that spirit we can go places.

“I can’t explain the game. The madness of the game, we are here for entertainment I suppose and anyone who watched that has to say what a game of football. Respect to Ajax, what a spectacle.”

The result left both teams and Valencia, who beat bottom side Lille 4-1, on seven points at the top of the Group H standings in the battle for places in the last 16.

Reece James, who scored the equaliser for the hosts, was every bit as surprised as his manager with the result despite coming up short in the quest for all three points.

“It was a crazy game,” the 19-year-old James told BT Sport. “They were hard to break down and we took advantage of them going down to nine men, it was a shame we couldn’t win.”

“Scoring a goal is a bonus. The manager told me to come on and liven the boys up, we had chances to win it but from where we were at halftime it’s a good result.”