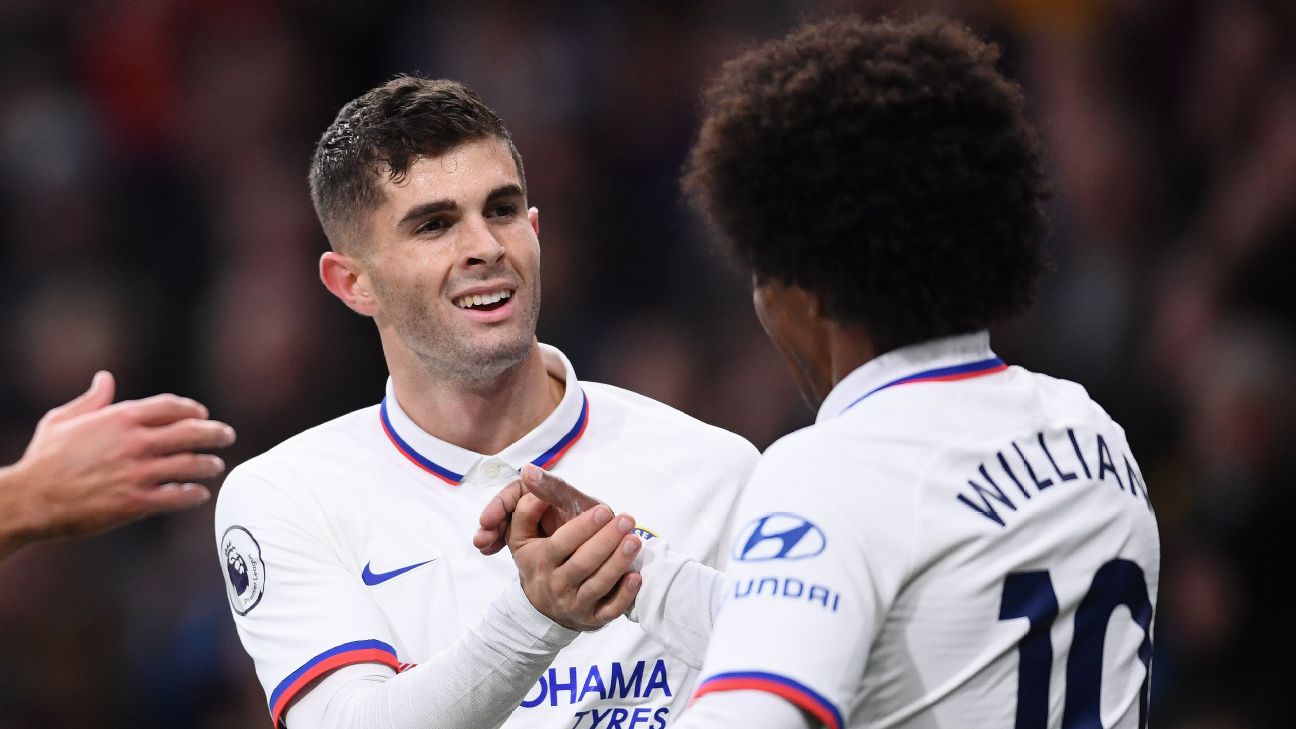 A hat trick from Christian Pulisic helped Chelsea secure their fourth straight Premier League victory in superb fashion, with the Blues romping to an impressive 4-2 win over Burnley at Turf Moor.

Pulisic was putting in some encouraging displays in the build up to this game, and the American’s excellent treble should give him the belief to push on and have a strong debut season in west London. Meanwhile, the central defensive partnership of Kurt Zouma and Fikayo Tomori looks a very promising one indeed.

Much like his Derby County side in the Championship last season, Frank Lampard‘s Chelsea look vulnerable at set pieces, while their late double concession gave themselves a nervous last five minutes to endure. They also gave up two late goals to cost them a clean sheet, but the three points were secure by then.

7 — Lampard’s selection policy has breathed a new lease of life into this Chelsea outfit, who look stronger with every game and are starting to develop an exciting identity.

GK Kepa Arrizabalaga, 6 — Produced a good save to stop Erik Pieters‘ deflected shot at the midway point in the first half, but helpless to prevent Jay Rodriguez‘s screamer from distance or Dwight McNeil‘s deflected effort shortly after.

DF Cesar Azpilicueta, 6 — Not the most comfortable night for the Chelsea right-back, who was given a tough examination by pacey Burnley winger McNeil, but gradually go to grips with the youngster.

DF Fikayo Tomori, 7 — Showed remarkable pace when running back towards his own goal to make a last-ditch tackle to deny Ashley Barnes in the second half, and is a great foil for the combative Kurt Zouma.

DF Kurt Zouma, 7 — Looked very much up for a physical battle with Burnley striker Barnes and put in a confident display against the awkward forward.

DF Marcos Alonso, 6 — Burnley had a good deal of joy down Alonso’s side, and he was fortunate not to be punished by Barnes when playing him onside early in the second half. Replaced by Reece James just after the hour.

MF Mateo Kovacic, 7 — The Croatian has an excellent relationship with midfield partner Jorginho, and the former Real Madrid man dealt well with the Burnley press, thus giving his side a solid platform to express themselves in the final third.

MF Jorginho, 7 — It’s tough for a visiting side to come to Turf Moor and control the game, but the Italian was central to his side keeping a tight grip on the midfield as he picked up the ball from deep and got his team moving.

MF Mason Mount, 7 — A typically energetic showing from the England international. Added an assist to a decent display with an inch-perfect cross onto the head of hat-trick hero Pulisic.

FW Willian, 7 — Saw plenty of the ball in the opening stages but lacked a quality final pass before making amends in the second half with a drilled finish across Nick Pope for his second goal of the season. Replaced by Callum Hudson-Odoi for the final 18 minutes.

FW Christian Pulisic, 10 — Pounced on some sloppy play by the Burnley defence as he drove towards the penalty area, before shifting onto his left foot and firing an excellent finish past Pope for his first Premier League goal in a Chelsea shirt. He was at it again just before half-time with a near carbon copy, this time with his right foot and via a deflection. A perfect hat trick was completed with an excellent header after 55 minutes.

FW: Tammy Abraham, 6 — Didn’t have too much of a look-in on goal, but had Pope scrambling with a shot from the edge of the penalty that curled just wide towards the end of the first half. A quiet afternoon ended after 69 minutes when he was replaced by Olivier Giroud.

FW Olivier Giroud, 6 — Failed to get in on the scoring act.

FW Callum Hudson-Odoi, N/A – Thought he won his side a penalty shortly after coming on, but VAR overturned referee Michael Oliver’s decision and booked the 18-year-old for diving.