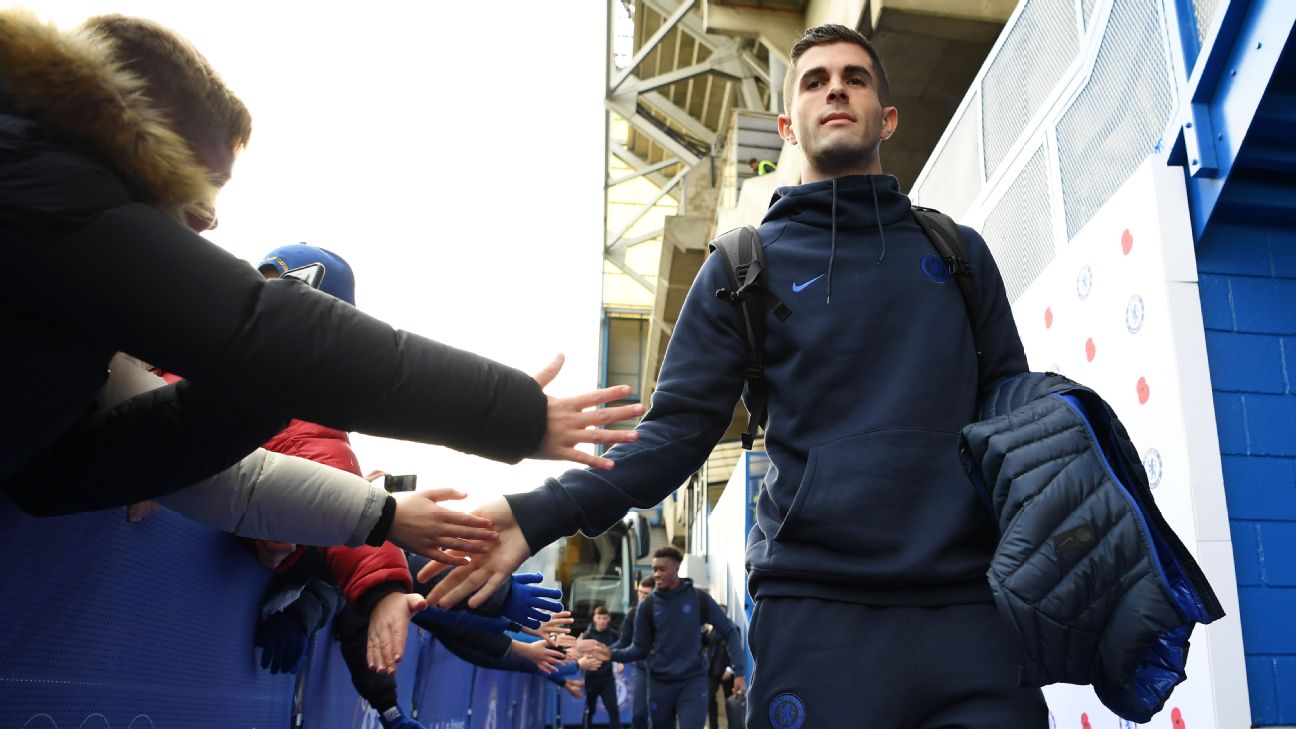 Chelsea’s in-form forward Christian Pulisic has shaken off a hip problem and will be available for Saturday’s Premier League game at Manchester City, manager Frank Lampard said on Friday.

Pulisic sustained the injury in Chelsea’s 2-0 Premier League victory over Crystal Palace earlier this month and missed the United States’ CONCACAF Nations League matches against Canada and Cuba during the international break.

The 21-year-old former Borussia Dortmund player has been in superb form for third-placed Chelsea after a slow start to his career at Stamford Bridge, scoring five goals in his last three league matches.

“He didn’t go [to the U.S. camp], he was struggling against Palace. He has been training and is in contention,” Lampard told a news conference on Friday.

Winger Callum Hudson-Odoi is a doubt for the match due to a hamstring issue he picked up on international duty with England.

Lampard said that he was pleased with the understanding between his midfielders N’Golo Kante, Jorginho and Mateo Kovacic with all three players fit and playing well ahead of the clash with the defending champions.

“I want it to be a positive issue… it is great for me. It is something we have done pretty well. We have had fluidity in our midfield. We can use them all collectively,” Lampard added.

“You have to give Jorginho the freedom to leave his position. He has a perception for the press.”

Former Chelsea midfielder Lampard, who ended his Premier League career with a season at City, said he was looking forward to facing City who are one place below his side.

“The levels they have reached have been incredible. For us to be in that position, I am pleased with. But I want more,” Lampard added.

“It’s not the end story, they are a strong outfit. I won’t make huge judgements on tomorrow, our story is three months in the making.

“I had a great year at City, I go there with nothing but good feelings. But I am Chelsea manager and I want to win.”

Sources: Barca’s Dembele injury doubt vs. United
Sources: PSG loan for Chelsea’s Ziyech at risk
Why the transfer window should be abolished: chaos for clubs, a playground for agents
Heitinga to coach Ajax for rest of the season
The European teams that have defied the odds since World Cup break