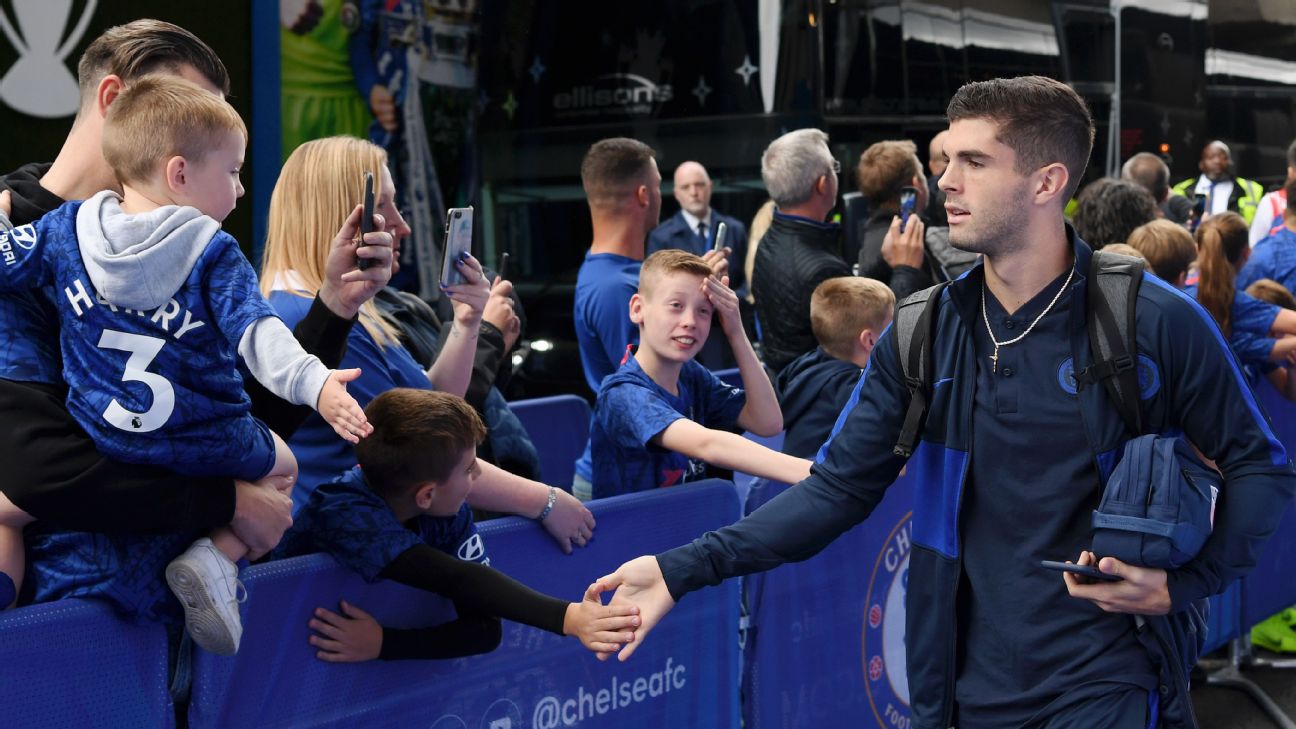 Pulisic, 21, was an unused substitute in Chelsea’s 2-0 win over Brighton and Hove Albion on Saturday at Stamford Bridge.  It is the fourth time in five matches that the ex-Borussia Dortmund player has sat on the bench.

“Yeah, of course, it is very frustrating, but I will continue to work my hardest because I want to play,” Pulisic told NBC Sports after the match.

Lampard opted to deploy Mason Mount, Pedro, Ross Barkley and Willian in support of striker Tammy Abraham. Callum Hudson-Odoi came on for Pedro in the 63rd minute and the Chelsea academy product made the most of his time on the field, leading a counterattack to set up Willian for Chelsea’s second goal in the 76th minute.

Pulisic played earlier this week in Chelsea’s 7-1 win over fourth-tier side Grimsby Town in the third round of the Carabao Cup competition, where he picked up an assist.

When asked if Lampard had given him any pointers on how to break into the regular lineup, the man from Hershey, Pennsylvania, said: “Not so much.”

“He said to keep working and I have to improve myself in training and try to get back in the line up,” Pulisic added.

Lampard spoke about Pulisic in the run-up to Saturday’s match saying that: “He needs time to adapt, but we support him on that …His time will come.

“A huge part of any manager’s job is to sit and work with the players — younger or older, but with younger players you want to pass on more knowledge and help them.

“Sometimes it is being tough. I try to do that as much as possible.”

Pulisic made the move from after three seasons at Dortmund to London this summer following a $73 million deal — a record for an American player.

“The city is great, I’ve enjoyed it. It has been good but it has been a change. There are going to be challenges,” Pulisic said on his time so far in London. “I knew it was going to be tough coming here. It is never going to be easy. I’ve got to grind out. I want to be back and be a part of the team and help the team win games.