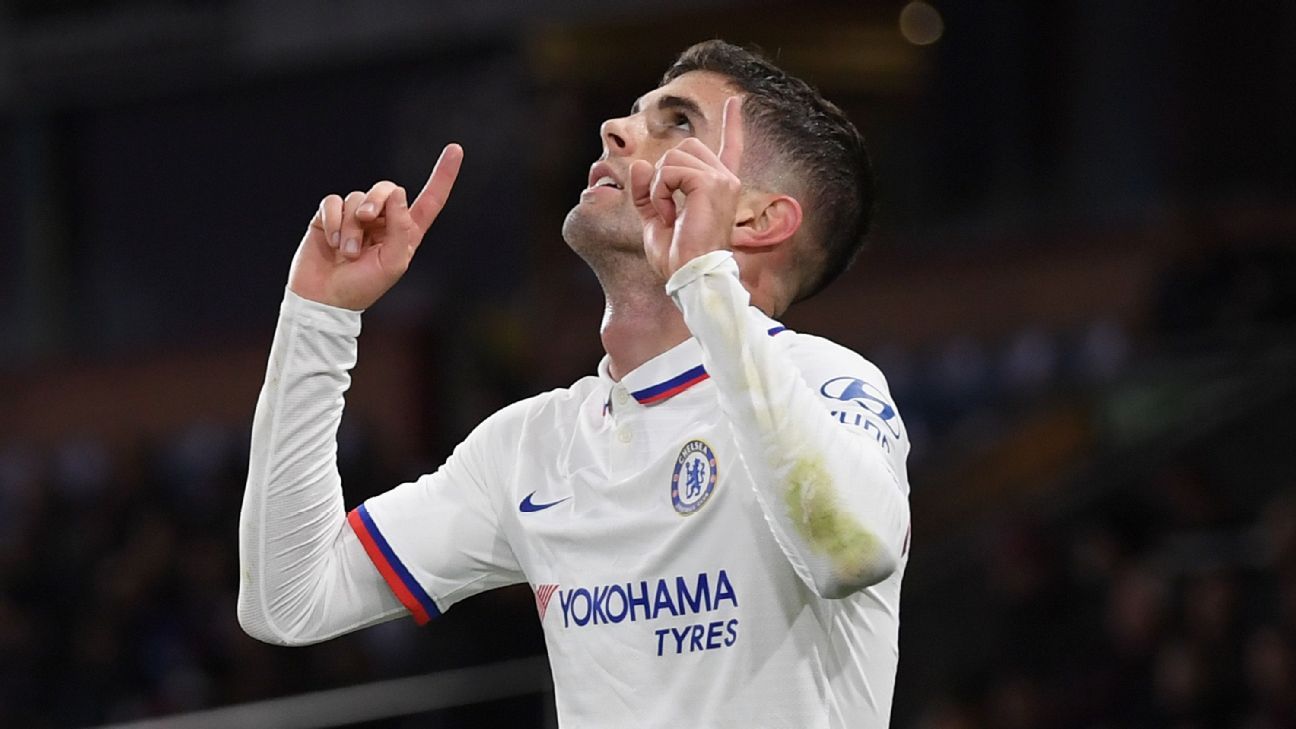 Christian Pulisic scored a perfect hat trick for his first Premier League goals to lead Chelsea to a runaway 4-2 win over Burnley at Turf Moor on Saturday.

Pulisic was named in the starting XI after his impactful role off the substitutes’ bench in Chelsea’s 1-0 win over Ajax in the Champions League on Wednesday.

And Blues manager Frank Lampard was duly rewarded for the decision as Pulisic scored twice in the first half to mark his first goals since arriving in the Premier League, staking his team to a 2-0 lead at the break.

The U.S. international added a third with a header from a corner kick early in the second half to complete his perfect hat trick and extend Chelsea’s lead.

Following the match, Lampard said: “I haven’t wanted to say too much [about Pulisic], but I get asked a lot. He had a week break this summer. One week from his international team.

“He comes here for a big price tag, he has one week of holiday, wants to come back — fair play, I love that — but at the same time why am I going to throw him in, playing games early in the season? I’ve got competition in that area, but I know what he’s gonna be for this club. I’m just trying to do it in the right way to get the best out of him.

“I’m not trying to claim [credit] because he scored a hat-trick, I just feel he’s going to be a really good player for us. I’m delighted for him.”

Willian struck soon after to put the visitors four goals to the good and make the remainder of the game merely a formality despite a pair of late goals from Burnley.

After Tammy Abraham’s hat trick earlier in the season, Chelsea have become the first team in Premier League history to have multiple players at age 21 or younger to score a hat trick in a league match in a single season.

The win ensures that Chelsea remain in the top four of the Premier League with 20 points from their first 10 matches.