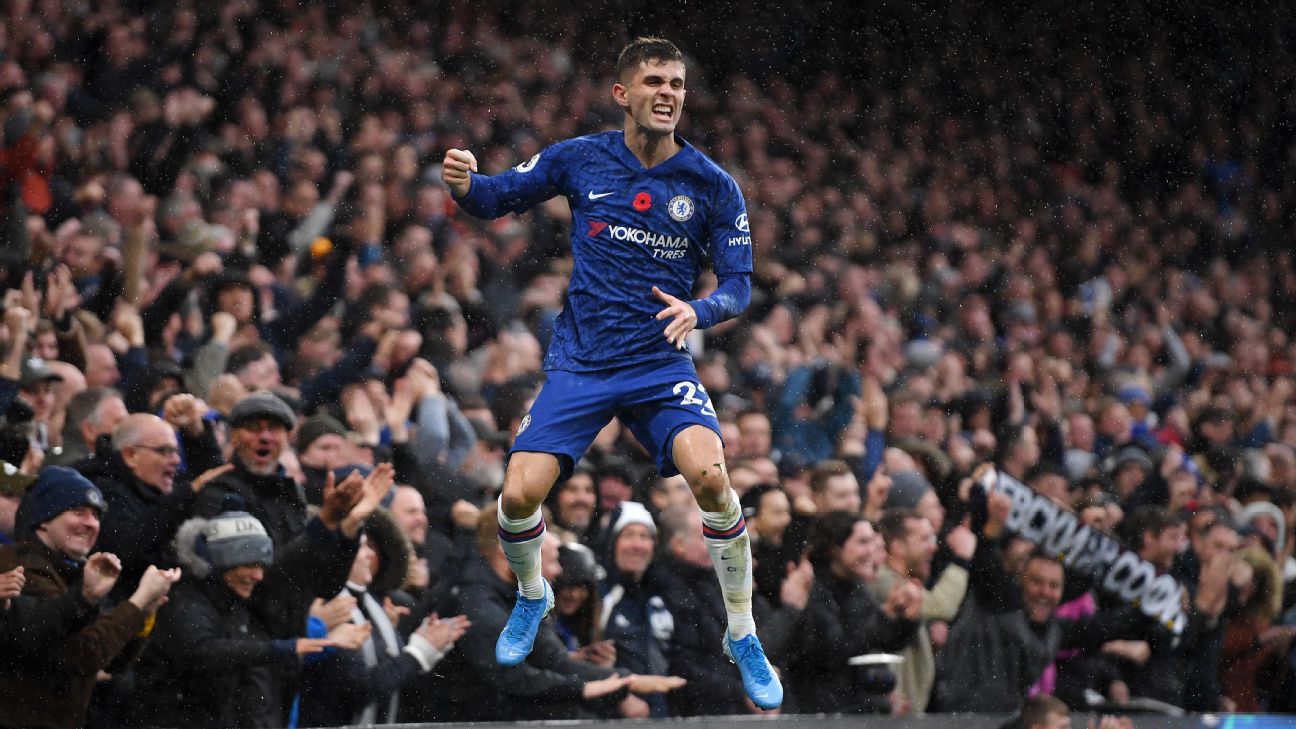 Chelsea’s great run of form in the Premier League continued with a comfortable 2-0 win over Crystal Palace at Stamford Bridge. Tammy Abraham opened the scoring early in the second half before Christian Pulisic headed in to seal all three points.

They won the game with their youngest ever starting XI in the Premier League and moved into second place ahead of Leicester and Manchester City playing later in the weekend.

There was a real intensity about Chelsea’s game that showcases why they are on such a strong run of form right now. Their adaptability ensures there is rarely any noticeable panic within the team, and their fluidity going forward caused Palace all kinds of problems as they just couldn’t figure out what they were going to do next.

From an off the ball perspective, Chelsea were just a little bit too sloppy at times and continually rushed into challenges without really thinking about the consequences. There were also a few occasions where they were just a bit too hesitant when it came to finishing chances, and instead, they kept trying to walk the ball into the back of the net.

7 — It was a strong line-up from Frank Lampard, and it was the sort of formation that played into his side’s strengths. In a bizarre similarity to a pro boxer, Lampard gave his side the freedom to switch stances and improvise their positional work both on and off the ball. With the substitutions, the gaffer showed no fear in trying to kill off the game and also had great timing with the changes.

GK Kepa Arrizabalaga, 6 — Was a non-factor for large periods of the game due to Palace’s inability to make much happen up top. As a result of that inactivity he looked shaky in his distribution.

DF Reece James, 7 — Looked like a natural when drifting forward and, while his decision making isn’t perfect, he dominated the battle with Wilfried Zaha.

DF Kurt Zouma, 7 — Building a centre-back relationship is never easy, but Zouma seems to be combining well with Tomori now. The two communicate well and provide good cover for one another.

DF Fikayo Tomori, 8 — Shows great vision when on the ball and always feels like he can carve opportunities out for Chelsea when he makes his way forward to the halfway line.

DF Emerson, 6 — Has a forward thinking mentality and is able to cover his lines well, but he didn’t seem to do all that much when he was actually on the ball.

MF N’Golo Kante, 7 — Protects the back four brilliantly and, once again, managed to dictate the pace of the game in both halves of the pitch.

MF Mateo Kovacic, 7 — Always fights to win the ball and while that can come back to bite him every so often, Chelsea miss his intensity when he’s not in the team.

MF Mason Mount, 7 — Has nice hold-up play and always opens himself up to bring others into the game. Few players in the league are able to match his workrate.

FW Willian, 8 — Always serves as one of the biggest threats on the pitch when bursting forward into open space. Put the ball on a plate for Abraham’s goal with a delicious assist.

FW Tammy Abraham, 7 — Had one of his quieter days at the office but as we’ve seen before he only needs one chance, and the Englishman took it with a cool finish to make it 1-0.

FW Christian Pulisic, 8 — The confidence of Pulisic continues to grow with each and every week that goes by. Cuts inside at will, has great footwork and even managed to get on the scoresheet late in the day.

MF Billy Gilmour, N/A — Enjoyed a few minutes of play at the end of the second half to help tick Chelsea over until full time.

AMF Callum Hudson-Odoi, N/A — Was out to prove himself and was just starting to warm up when the full time whistle blew.

FW Michy Batshuayi, N/A — Only had a few touches of the ball but did his job well enough.