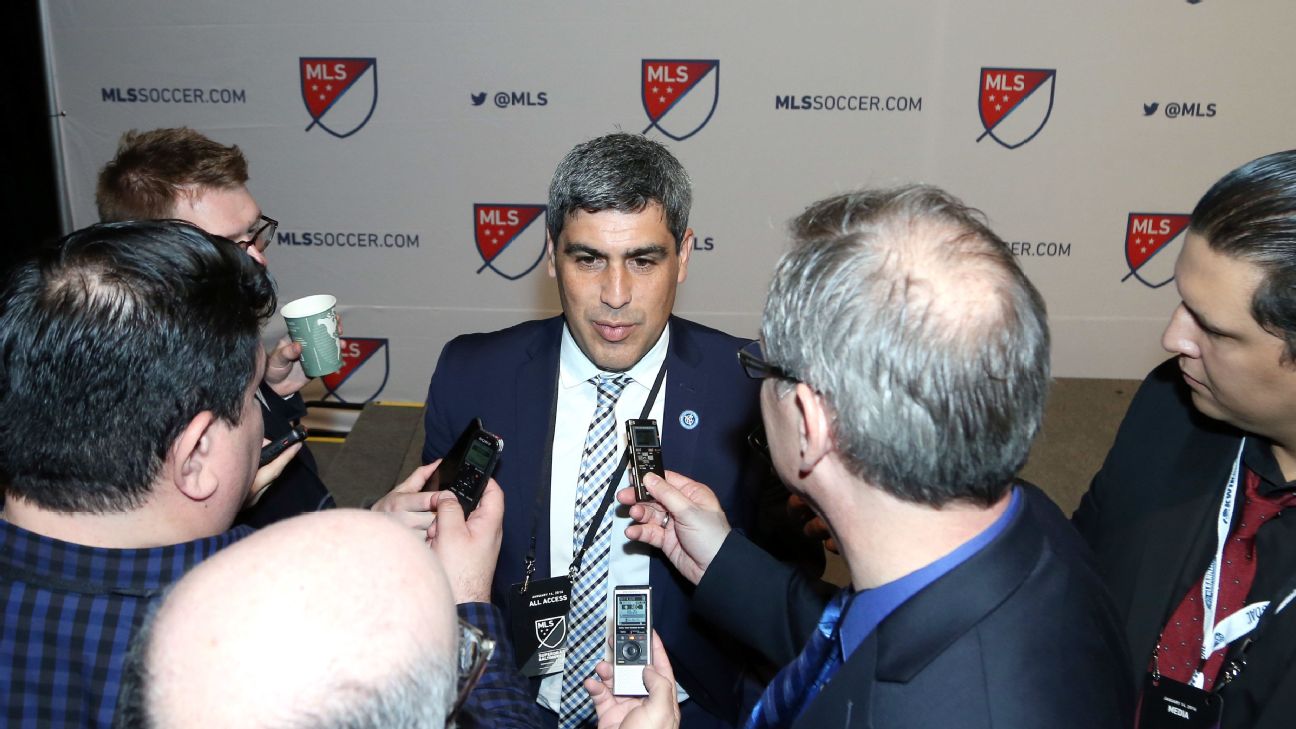 Reyna, 46, will oversee all of Austin’s soccer operations, a role like the one he held for the past six years with NYCFC. Technical director David Lee will take over Reyna’s duties in New York.

A native of Livingston, New Jersey, Reyna enjoyed an accomplished playing career that saw him make 112 appearances with the U.S. men’s national team. He had spent much of his post-playing career in the New York City area, but the opportunity to build another expansion side in Austin was too good to pass up.

“It’s obvious that [Austin has] an ownership group that’s committed to doing things right,” Reyna said on a conference call with reporters. “And it goes without saying that Austin is an amazing city. There’s a thriving soccer community, a large Hispanic fan base as well that is passionate about the sport.

“And, of course, being able to work with people like [manager] Josh Wolff made it much easier for me and to make this jump. And again, it’s a challenge, it energizes me. I feel that the opportunity is there to do something special, it’s very clear and I can’t wait to get started.”

Reyna will report directly to Austin FC majority owner and CEO Anthony Precourt and will work alongside team president Andy Loughnane as well as Wolff — a former U.S. international teammate — to build the roster and the rest of the technical organization.

“Claudio checked a lot of boxes for us,” said Precourt. “You know he’s a respected leader, super high integrity, is an experienced soccer executive within a winning organization. NYCFC has been in the playoffs four of the last five years.

“He understands MLS like no other and all the acquisition mechanisms, as well as an understanding about the global marketplace. And he’s got an exceptional eye for talent and a keen understanding of what it takes to build an academy.”

Reyna said that Austin approached him shortly after NYCFC’s season ended and that it didn’t take long to come to an agreement.

“Everything fit really quickly with the people there and what they’re doing,” he said. “So it was something that wasn’t easy, wasn’t a decision that was taken lightly. I was going to speak to my family and think about it, but it just felt right. It felt right for where I’m going.”

Reyna’s contract was set to end at the end of the 2020 season, but he added: “The decision is all about going to Austin and starting this new chapter for my family and for me professionally as well.”

Reyna added that an area of focus will be developing the team’s academy and he intends to tap into the city’s Hispanic population.

“I understand that there’s a thriving Hispanic community with talented players,” he said. “The Academy will be fully funded so we will be looking everywhere for players and in every community and that’s a big part of our responsibility to get down on the ground and get to meet people and I look forward to that.

“I can’t wait to connect with all the soccer influencers in Austin and create that inspiration and that’s what we’ll do.”