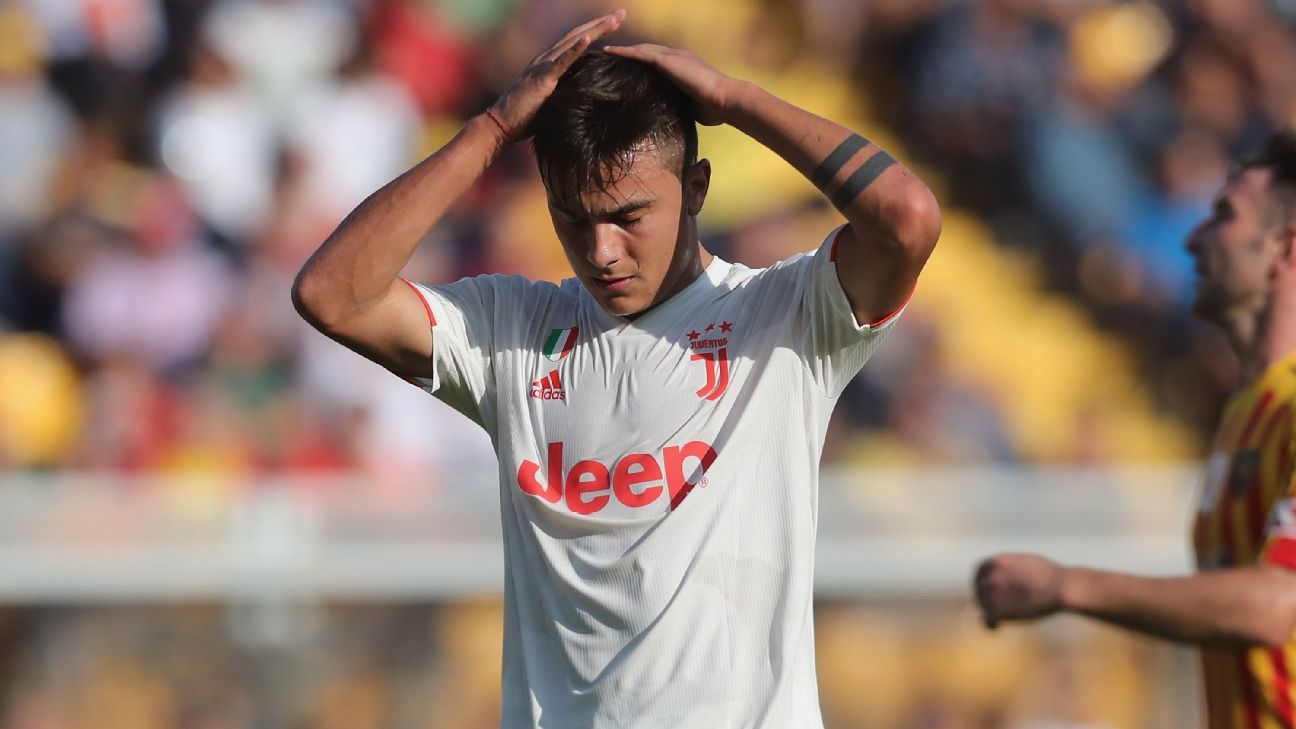 Juventus dropped points for just the second time this season in Serie A when they were held to a 1-1 draw at Lecce on Saturday.

Paulo Dybala‘s penalty put the champions in front early in the second half but Lecce captain Marco Mancosu quickly replied with a spot kick of his own.

Juventus, who remain unbeaten in the league under Maurizio Sarri, came into the match on the back of a seven-match winning run in all competitions.

But they struggled to find a breakthrough against the spirited hosts in the absence of star man Cristiano Ronaldo, who was rested for the trip.

It was only the second time this season that the Turin club had failed to win a league match, after they were held to a 0-0 draw by Fiorentina in September.

Juventus remain top on 23 points but will drop to second place in the standings if Inter Milan (21 points) beat Parma later on Saturday.