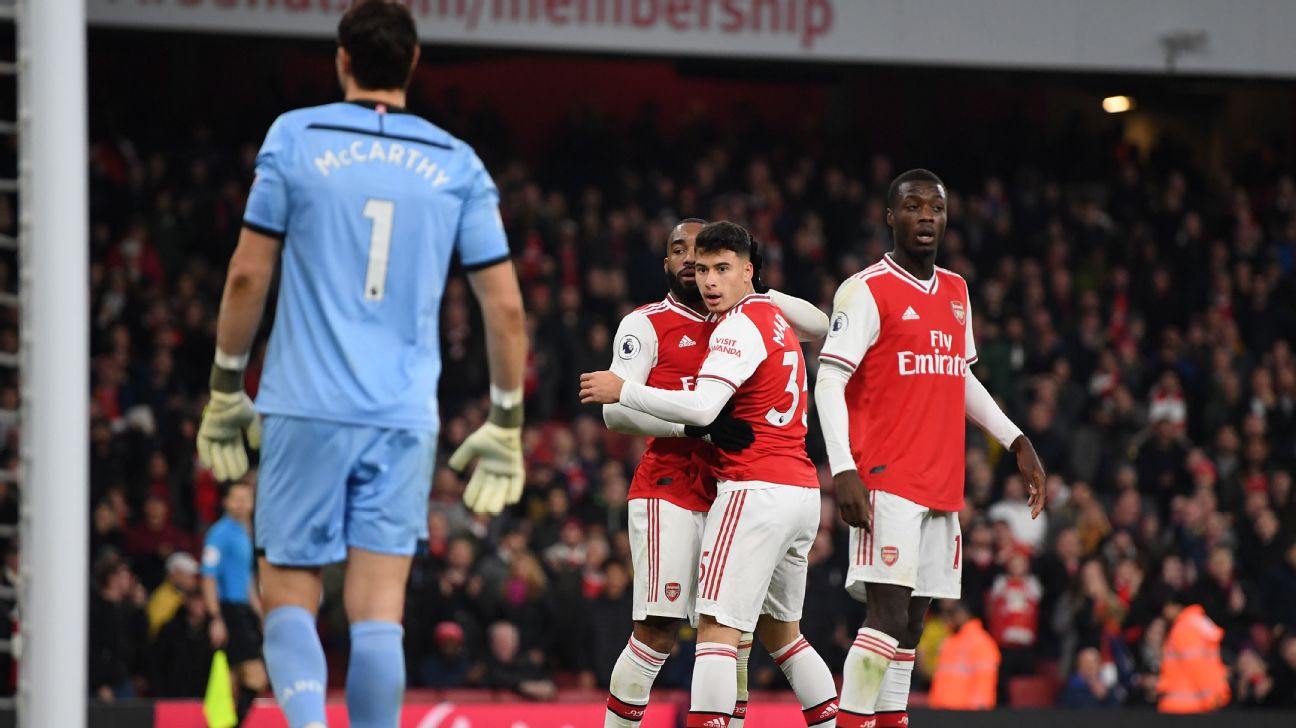 Arsenal were greeted by a chorus of boos following their dismal 2-2 draw at home against Southampton, in a game they really should have lost.

Coming off the back of a four-game winless streak in the league, the Gunners looked understandably nervy from the onset and, after a series of loose passes and cheap fouls in the opening stages, Southampton took the lead as Danny Ings reacted first to a quickly taken free kick.

Alexandre Lacazette fired an equaliser from inside the penalty box in the second half, but when Southampton retook the lead as James Ward-Prowse converted the rebound from his own penalty, it was the away side who looked like taking the points. Arsenal rescued a draw, as Lacazette proved to the hero once again, but the point does little to appease the club’s frustrated fans.

The attacking trio of Lacazette, Pierre-Emerick Aubameyang and Mesut Ozil looked like a potentially devastating partnership. On this occasion, Ozil was quieter than he was away at Leicester City and yet, in individual moments, there were signs of an understanding brewing between the German and Arsenal’s two marksmen.

It is hardly a revelation to state that Arsenal’s backline still requires improvement. No matter the formation, the Gunners simply cannot find a recipe for nullifying their opponents. Calum Chambers continues to look ill-equipped at this level, while Hector Bellerin is also off the pace after his return from a long-term injury layoff.

6 – With limited midfield options due to injuries, Unai Emery chose to persist with his 3-4-1-2 formation. Individual errors ultimately cost his side, although the manager must also take some blame for the lack of defensive organisation on display yet again.

GK Bernd Leno, 6 – The German stopper could have covered his front post better for Ings’ opener. However, that aside, it was a solid, mistake-free performance from Leno.

DF, Calum Chambers, 5 – Yet another difficult outing for the 24-year-old, who gave away a quick free kick that would eventually lead to Southampton’s first goal. He appeared to struggle up against the pace of Michael Obafemi and Nathan Redmond.

DF Sokratis, 5 – Wayward positioning, alongside rash tackles, combined for a generally poor first half performance. The second period wasn’t much better, as the Greek almost handed Southampton a goal on a plate following a mindless attempt to retain possession in his own penalty area.

DF David Luiz, 7 – The Brazilian was arguably the side’s best defender. While caught out of position on a couple of occasions, Luiz provided some vital blocks and clearances to prevent Arsenal from falling further behind.

DF Hector Bellerin, 5 – The Spaniard is still getting back up to speed following a long-term injury layoff, but his rustiness was noticeable. Bellerin was slightly off the pace and will need time to get back to the high levels of performance we’re accustomed to.

DF Kieran Tierney, 5 – A mixed afternoon for the Scottish full-back. He showcased his fine crossing ability, but his biggest contribution to the game was giving away a second half penalty from which Ward-Prowse scored the rebound.

MF Lucas Torreira, 5 – The Uruguayan made a very shaky start to the game, proving to be wasteful in possession on a number of occasions. His frustration manifested itself into a booking, after a series of cynical fouls — which just about sums up his disappointing afternoon.

MF Matteo Guendouzi, 6 — In the first half, the 20-year-old was just as guilty as Torreira of handing possession back to Southampton. However, the second half saw Emery alter the system to a 4-2-3-1, which appeared to suit Guendouzi as his influence going forward was notable as the game progressed.

MF Mesut Ozil, 6 — The World Cup winner showed one or two glimpses of quality, but ultimately struggled to stamp his authority on the game.

FW Alexandre Lacazette, 8 — With Arsenal in need of some inspiration, the French forward popped up with a vital goal in the first half which gave the side a much-needed lift. His hard work and movement was a persistent nuisance to Southampton, while his finishes for both goals was typically clinical.

FW Pierre-Emerick Aubameyang, 6 – While the Gabon international did link up well with his strike partner, he wasted a couple of decent opportunities. A rare off-day in front of goal for the usually lethal forward.

Nicolas Pepe, 6 — The summer signing from Lille came on at half-time as Arsenal pushed for a winning goal. While his pace and movement did cause problems, indecision in dangerous areas blunted his impact on the game.

Gabriel Martinelli, N/A — Laid on the late equaliser from a cross and generally did well.

Joe Willock, N/A — Could have scored, but also saved a goal at the other end.