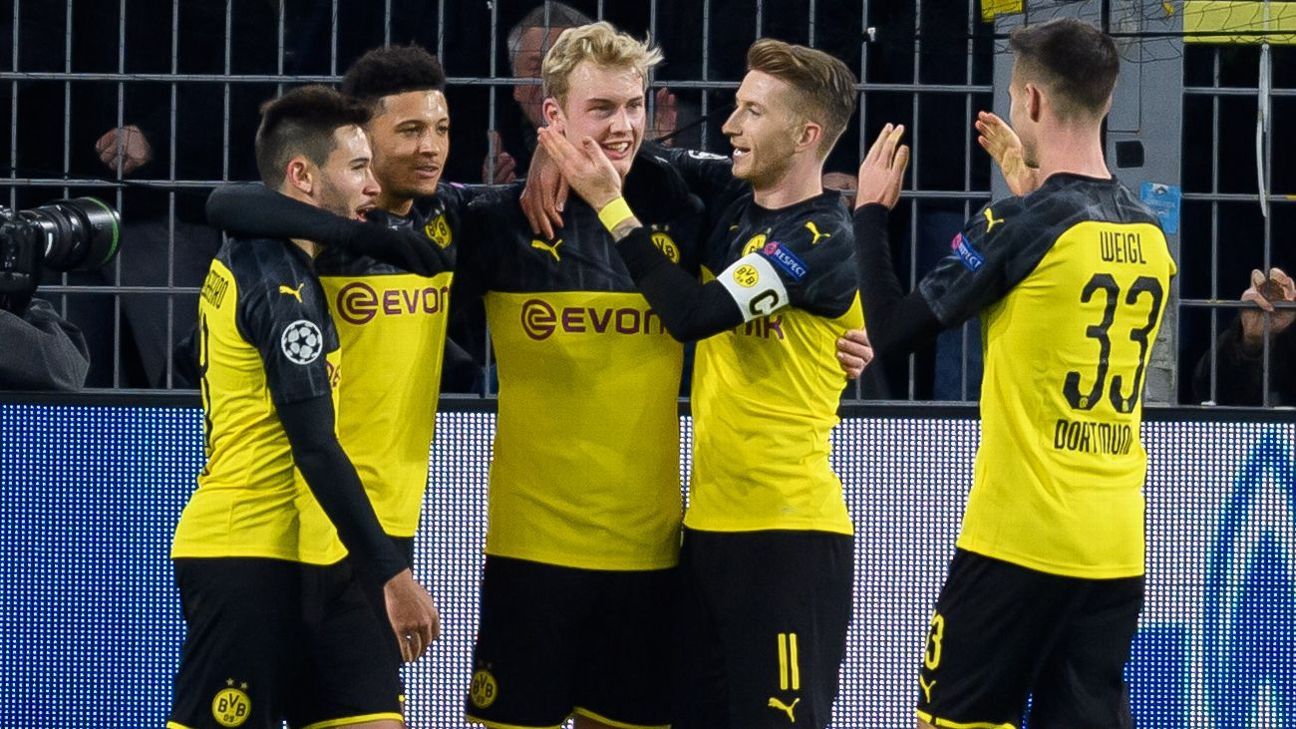 The win put the Germans, who also had keeper Roman Buerki to thank with more than half a dozen sensational saves, on 10 points in second place, three ahead of Inter who lost 2-1 to already-qualified group winners Barcelona.

Sancho put the hosts ahead in the 10th and Dortmund could have added at least two more when Marco Reus twice had only keeper Ondrej Kolar to beat but was denied on both occasions.

With the Germans having to better Inter’s result against Barca to advance, the Czechs gradually found space and forced keeper Buerki to three outstanding saves, including an off-balance one-handed one, in the first half.

But he was well beaten when Tomas Soucek completed a lightning-quick attack in the 43rd to level.

The Germans recovered after the break and Brandt thumped in their second goal from a tight angle in the 61st to somewhat settle their nerves.

But they again needed Buerki’s fine form to deny the Czechs another equaliser as the visitors’ pressure mounted following the dismissal of Dortmund’s Julian Weigl with a second booking in the 77th.