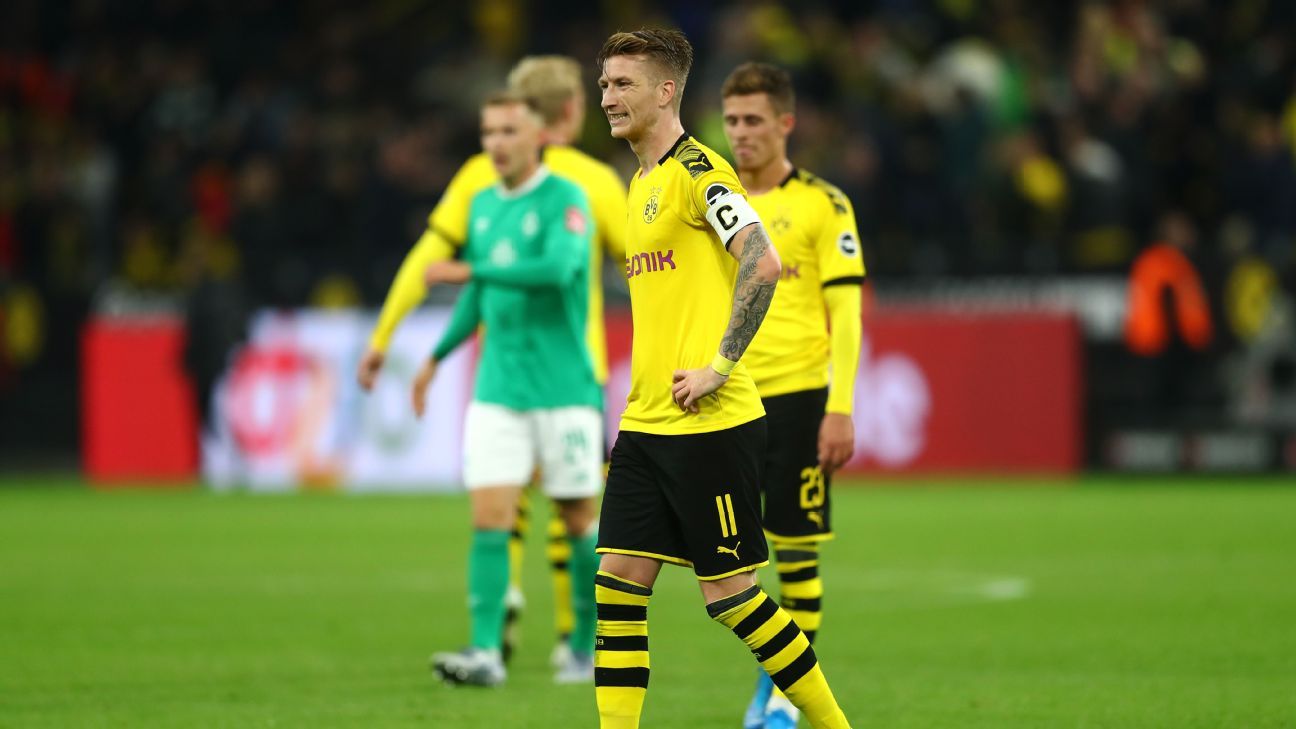 Borussia Dortmund came from a goal down but had to settle for a 2-2 draw against visiting Werder Bremen on Saturday to drop further down the standings, having won only one of their last four Bundesliga games.

Dortmund captain Marco Reus nodded in a Thorgan Hazard chip to put them in front but Bremen’s Marco Friedl nodded in at the far post in the 55th minute to snatch a point for the visitors.

The Ruhr valley club are now in seventh place on 11 points, three behind Bayern Munich who went top of the table after beating Paderborn 3-2.