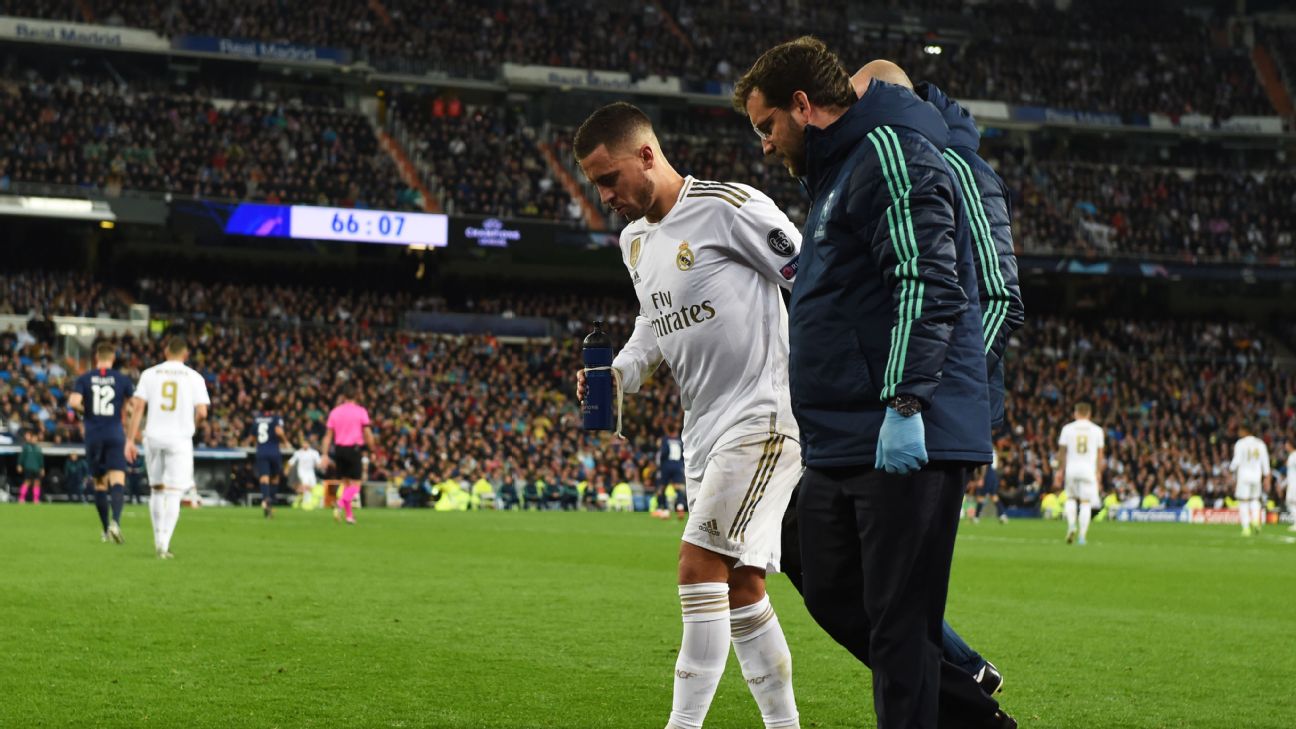 Real Madrid have been handed an injury boost ahead of El Clasico, with the ankle injury Eden Hazard sustained against Paris Saint-German ruling him out for just 10 days.

The Belgium forward limped off the Bernabeu pitch after a stellar performance in Madrid’s 2-2 draw with PSG in the Champions League on Tuesday.

Coach Zinedine Zidane, who praised Hazard’s performance as “spectacular,” said after the game: “He hurt his ankle, it’s more than just a knock. He’s gone for tests now and we’ll see.”

The club say those tests have diagnosed Hazard with a bruised right ankle after a challenge from compatriot Thomas Meunier, which forced his substitution in the 69th minute.

It is the same ankle Hazard underwent surgery on in the summer of 2017, when he had a titanium plate inserted after breaking it on international duty.

With Hazard expected to be out of action for 10 days, he should return for Madrid’s trip to Mestalla to play Valencia in La Liga on Dec. 15 ahead of El Clasico at Camp Nou on Dec. 18.

Hazard’s display against PSG was his best of the season to date following a slow start to his Real Madrid career, after the 28-year-old admitted to returning for preseason training overweight.