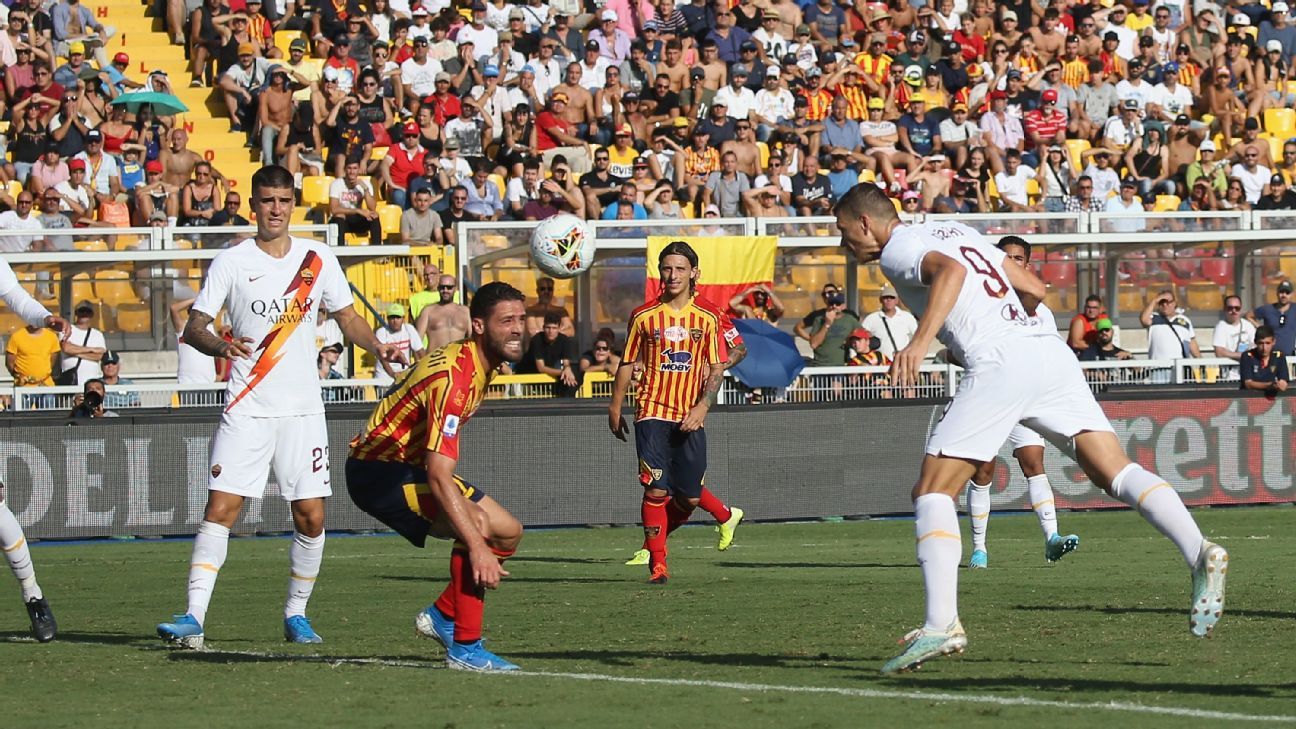 Edin Dzeko‘s goal secured a 1-0 win for Roma away to Lecce on Sunday to send them fifth in Serie A.

Bosnian striker Dzeko headed in Henrikh Mkhitaryan‘s cross for his fourth goal of the season in the second half to ensure that Paulo Fonseca’s side immediately returned to winning ways after their home defeat to Atalanta on Wednesday.

Aleksandar Kolarov had the chance to double the score from the penalty spot with 10 minutes remaining but was denied by a superb save from Lecce goalkeeper Gabriel.

Roma are fifth in the standings on 11 points.