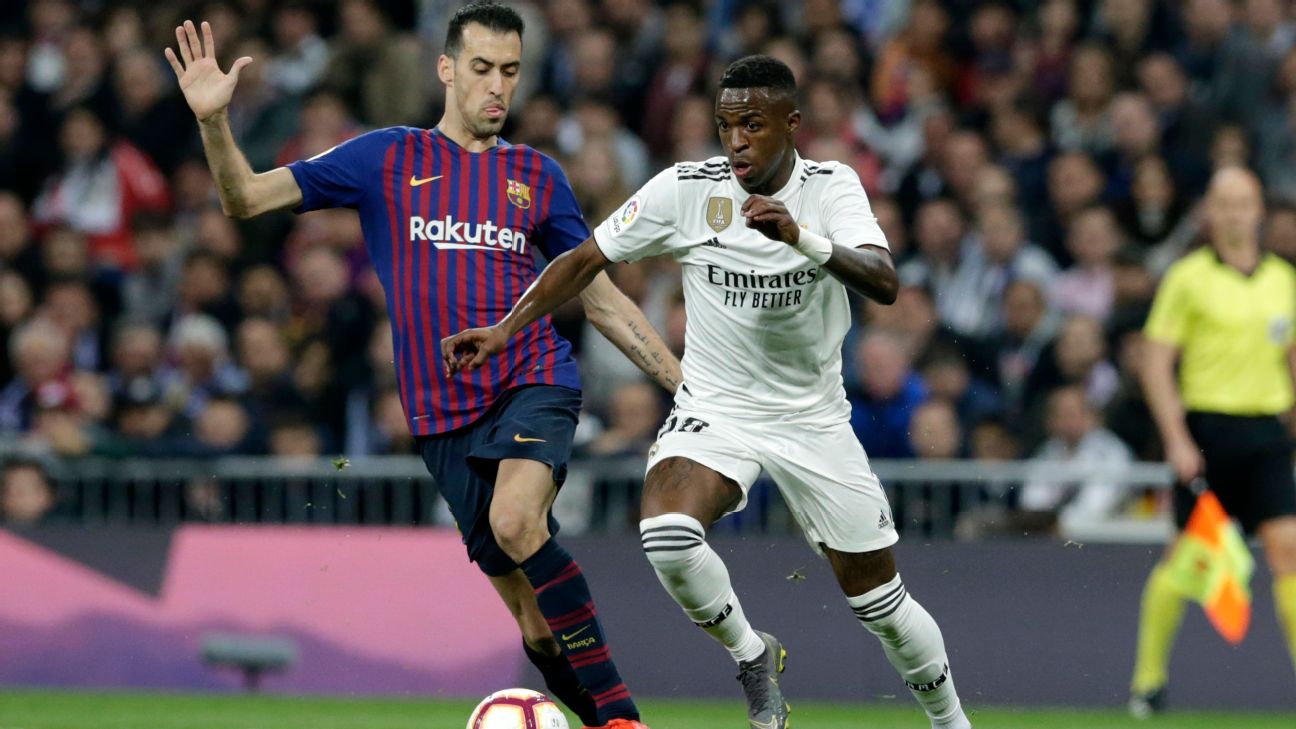 The Clasico between Barcelona and Real Madrid has been rescheduled for Dec. 18, the Royal Spanish Football Federation’s (RFEF) Competition Committee has confirmed. The match was supposed to be played this weekend but was postponed due to the political unrest in Catalonia.

La Liga, which had initially suggested reversing the fixture and playing it at the Bernabeu instead of Camp Nou, is now expected to challenge the decision. It would prefer the game to be played on either Dec. 4 or Dec. 7.

- Clasico no-go: Why Barcelona vs. Real Madrid was postponed
– Marcotti: Soccer will always be about more than sport

Following the postponement, the Competition Committee — a panel consisting of three people, one from the RFEF, one from La Liga, one independent — urged Barca and Madrid to agree on a new date. Both clubs put forward Wednesday, Dec. 18.

However, the league does not want its showcase fixture played on that day. It argues that it should not be scheduled on a day when there are Copa del Rey games featuring lower league sides. It would also prefer the game to be played over a weekend, rather than on a Wednesday, when it has more reach among global television audiences.

Dec. 7, therefore, would be the ideal date for La Liga. But that would require Barca and Madrid’s games against Mallorca and Espanyol to be moved. Dec. 4, which is also a midweek date, is the league’s second option.

The game had originally been scheduled for this weekend but was called off by the Competition Committee last week following the jailing of nine Catalan political leaders for their role in the region’s push for independence in 2017.

Protests and demonstrations followed that ruling in Barcelona and the Competition Committee said the game would not go ahead as planned because of “exceptional circumstances beyond our control and demonstrated beyond doubt.”

The protests saw Barcelona’s airport blocked off last week, while there have been fires across the city and clashes between police and protesters. A further demonstration is planned for Oct. 26, the day when the Clasico was supposed to be played.