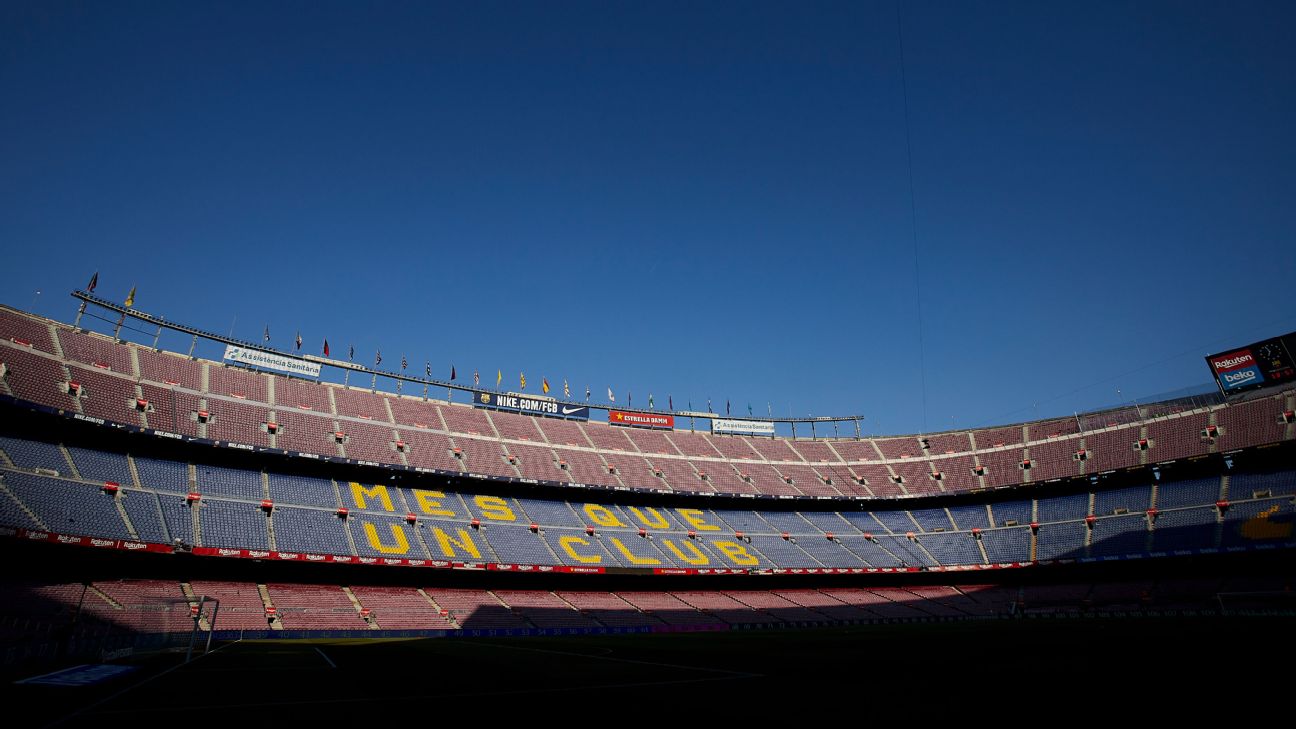 The La Liga Clasico between Barcelona and Real Madrid originally scheduled for Oct. 26 is expected to be rescheduled to a date in December due to the growing social unrest in Catalonia, under a proposal by the Royal Spanish Football Federation (RFEF).

A demonstration has been scheduled for Oct. 26 in Barcelona following the imprisonment of nine separatist leaders for their roles in the failed 2017 push for independence, and the Spanish football federation, in consultation with government officials, said Thursday it wasn’t safe to play on the same day of the rally.

A new date is expected to be set in the coming days, and if the teams and the league can’t reach an agreement on the date, it will be up to the federation to make the final decision.

The league has proposed moving the game to Dec. 7, a Saturday, which would mean the teams’ matches that had already been scheduled for that weekend would have to be moved. There was also the possibility of playing the game Dec. 18, a Wednesday, but then Copa del Rey matches would have to be rescheduled.

In addition, the league doesn’t want the game to be played midweek because it could hurt television rights holders. The Oct. 26 match was scheduled for a 1 p.m. kickoff local time, which favors the important Asia market.

On Thursday, La Liga requested that the Spanish football association switch the encounter from the Camp Nou to the Santiago Bernabeu stadium, with the second league Clasico of the season to be played at Barcelona’s ground on March 1, 2020.

The competition committee of the RFEF turned down La Liga’s proposal, however, instead ruling the postponement of the encounter “for circumstances beyond its control.”

Both Real Madrid and Barca were reluctant to agree to La Liga’s request of a change of venue, with the former believing it would affect the nature of the game, and Barca coach Ernesto Valverde saying he wanted the fixture to go ahead at the Camp Nou as initially planned.

“[Oct. 26] is the date it was set. … This is my opinion, but I don’t know what decision the [competition committee of the Spanish FA] will take.

“There are nine days left to play, and the normal thing would be to play in our stadium. If you told me the game was today or tomorrow, then fine. But we still have time. It’s an important game for people to see. It should be played under normal circumstances.

“We would go into the game having one day less to rest than Real Madrid, so I guess if you look at it that way, it would be us [to suffer]. However, in these type of games that is not that important, as players are always ready to play these games.”

Earlier this week, the anti-violence committee declared the match “high risk,” although federation officials said that is a common designation for matches of the calibre of the Clasico, which is the biggest event on the La Liga calendar.

Spain’s interior minister, Fernando Grande-Marlaska, appealed Thursday for calm after reporting that 97 people have been arrested since Monday and 194 officers have been hurt as a result of the escalating violence on the streets of Catalonia.

Barca have postponed all institutional events scheduled for this week, a club source told ESPN FC on Thursday.

Due to disturbances at El Prat airport, Barca were also forced to change their travel plans for Saturday’s match at Eibar.

The nine separatists convicted of sedition for their role in an independence referendum that was staged two years ago were handed jail sentences of between nine and 13 years by Spain’s highest court this week.

After the sentences were handed down, Barca released a statement that said “prison is not the solution” and called for dialogue between Spanish and Catalan politicians.