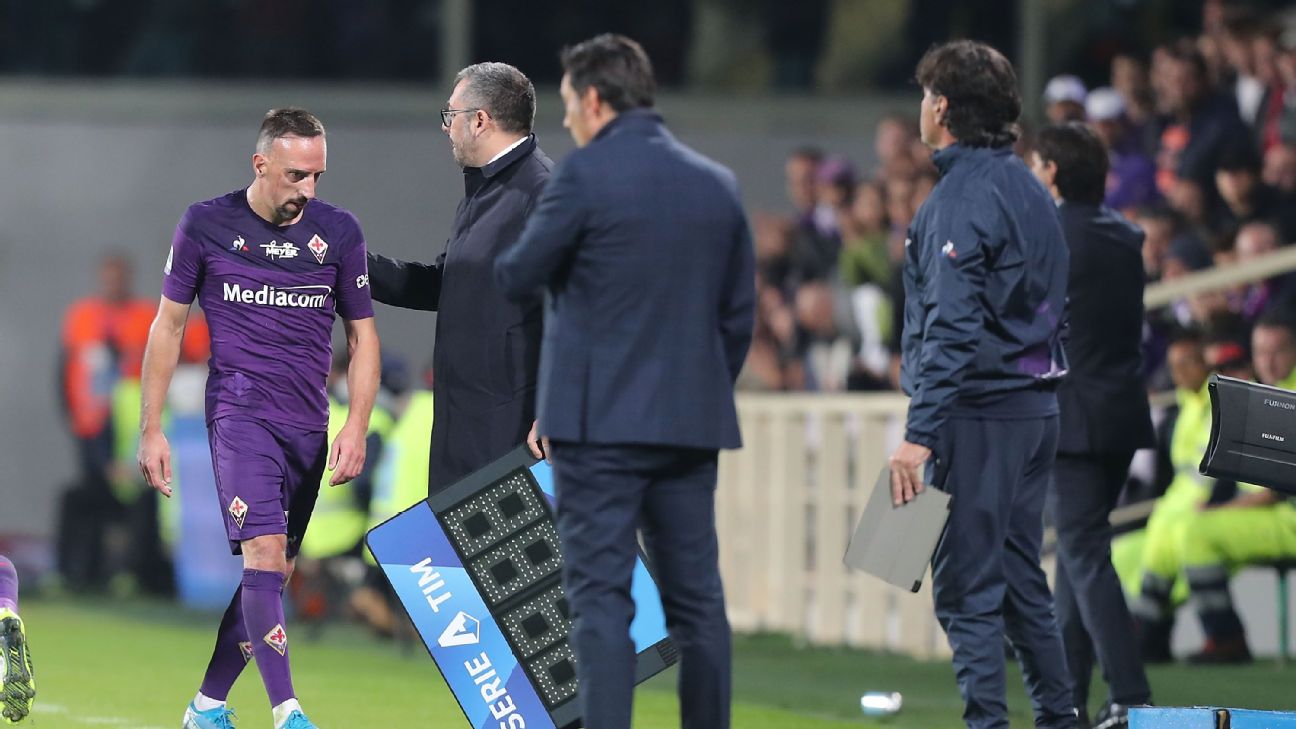 Fiorentina winger Franck Ribery has been handed a three-match ban and a €20,000 fine from Serie A for pushing an official after their 2-1 loss to Lazio on Sunday.

Ribery, 36, was angered by a decision to award Lazio a late goal in the loss and could also face further action from the club after he twice shoved a referee following the Serie A match, sources have told ESPN FC.

The former France international was given the ban and suspension from Serie A for “seriously disrespectful behavior toward an assistant referee,” despite Ribery having taken to social media to apologise for his actions.

Sources said that even though some at Fiorentina understood Ribery’s actions it is club policy to discipline him for his outburst.

Lazio striker Ciro Immobile scored in the 89th minute but Fiorentina were furious as they felt there was a foul in the buildup to the goal.

Ribery, who was already angered at being substituted in the match, confronted one of the assistant referees after the final whistle and pushed him twice before being dragged away by a member of the Fiorentina staff.

The former Bayern Munich player apologised for his actions on Monday with a post on social media.

“I am really sorry about last night, I apologize to my teammates, the coach and the fans,” Ribery said. “I apologize to Mr. Passeri, because after the final whistle I was very nervous and disappointed, and I hope he can understand my mood.

“I always want to be on the pitch and to help my teammates, because I came to Florence for this city and this club, and I expect more care for Fiorentina, the same care that is given to other clubs, because of the hard work we put in on a daily basis.”

Fiorentina president Rocco Commisso said afterwards that Ribery was wrong to react in that manner.

“Ribery was a bit nervous and he was wrong, even though he had a reason. We’ll see how we move forward,” he told Radio Anch’io Sport.

“But it all comes from a foul that wasn’t given. Why is VAR there if it isn’t used? It was the same against Napoli.”

Ribery joined Fiorentina from Bayern Munich on a free transfer in the summer and was named the league’s MVP in September.

Ribery will miss the matches against Sassuolo, Parma and Cagliari.