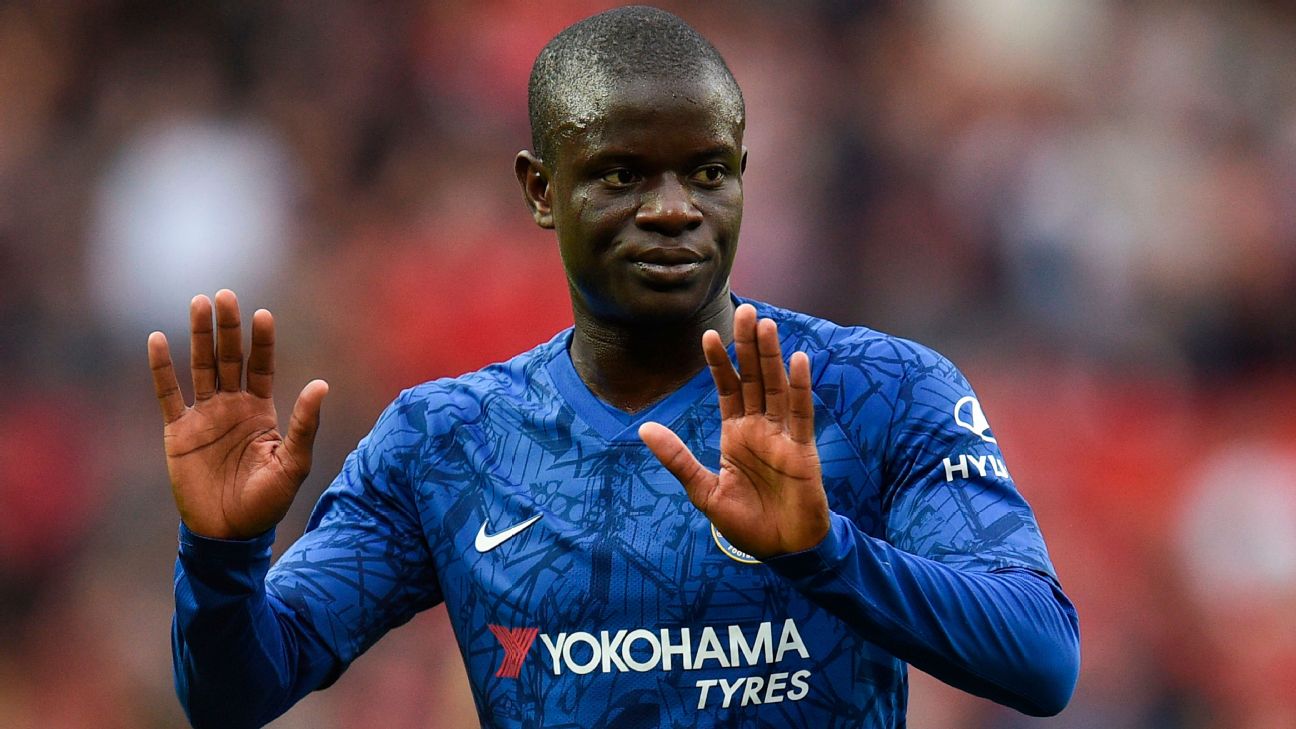 Kante on Thursday was called up for Les Bleus‘ October Euro qualifiers along with Kylian Mbappe — who missed out last time due to a hamstring injury — and Giroud, who has seen limited minutes with Chelsea this season.

And Deschamps joked at a press conference that he would like Lampard to return his favour by playing Giroud in more matches.

“Frank rang to ask me not to pick N’Golo for last month’s matches,” Deschamps said. “Fine, but sometimes it should go the other way too… I have two important matches coming up!

“Maybe I should ask him to play Olivier more!”

Deschamps hailed Giroud’s good recent record with France, but admitted that the 33-year-old’s situation is becoming “insufficient” given the former Arsenal man’s lack of rhythm.

“I do not want to take away from what Olivier has done with us,” he said. “He has put in some very good performances, not to mention that he is third-best active French scorer. However, I hope his situation develops.

“Beyond his efficiency with us, it is a matter of rhythm too. He has already gone through spells where he has played less, but now it is not sufficient physically — he cannot be at his best.”

Also returning to the France squad is Mbappe’s PSG teammate Presnel Kimpembe, however Deschamps will be without Manchester United pair Paul Pogba and Anthony Martial because of injury.

Mbappe, 20, recently made substitute appearances in PSG’s Ligue 1 win away at Bordeaux and Champions League victory on the road at Galatasaray, but has yet to start for Thomas Tuchel’s men since returning after over a month out of action.

However, with fears that Mbappe might have come back too soon, he will need to prove his fitness against Angers in Ligue 1 on Saturday if he is to keep his place.

“Kylian is back from his first significant injury, so the worst is now behind him,” said Deschamps. “I am not going to take risks with him, despite our two important matches.

“He has a match with PSG this weekend and then we will see his physical condition. Two 90-minute matches in three days is unlikely.”

Deschamps also defended Tottenham Hotspur pair Hugo Lloris and Tanguy Ndombele after their national team selections followed Spurs’ heavy Champions League defeat at the hands of Bayern Munich. And he backed Antoine Griezmann‘s form to pick up with Barcelona after a bumpy start to life at Camp Nou.

The World Cup-winning coach and former captain also said he spoke with Bayern boss Niko Kovac and Lucas Hernandez about the defender’s inclusion.

“He took a knock against Paderborn,” he said. “I have spoken with him — he felt fit enough to be selected.

“I am not going to take risks, but he has played lots after a long injury. We will see on Monday how he is, but he is adamant he is fit.”